Looking for more great things to do this March? Our essential festival calendar features Manchester Film Festival, Irish Festival and more. Link below this article…

Established in 1920, the Northern School of Music (NSM) was founded and run by women and specialised in training music teachers until it became part of RNCM in 1973. The Oxford Road institution will be celebrating NSM’s centenary with a fascinating array of archive events, from historic instruments to artwork and opera costumes.

Cult cabaret duo and leading lights of the UK’s alternative performance scene, Bourgeois & Maurice bring the world premiere of Insane Animals to HOME this month - an outrageous time-travelling musical comedy in which two hyper-glam aliens arrive from a faraway galaxy to rescue us from impending political, environmental and social doom. A timely treat indeed.

Originally due to end in January, this major exhibition has been extended until 29th March - so now’s your last chance to catch it. From ancient myths to health and wellbeing, The Sun explores our ever-changing relationship with our closest star via intriguing objects and even an ‘indoor beach.’

Bringing the best drum and bass to Manchester, with selectors from Shy FX and DJ Hazard, Playaz is one of a trio of electronic events by Dutch producer JBM this month; also including the Ibiza super-brand Cafe Mambo and fellow Balearic bonanza Do Not Sleep.

Now marked globally, IWD is both a celebration of women’s achievements and a call to end gender inequality. As ever, Manchester will be joining in with a host of happenings on and around the day; from music to marches and empowering new festivals.

Various; see our roundup for events across the city

It’s not often you see a gig at a hotel but that’s exactly what ibis is hosting as part of its new music programme. This intimate free gig will see BRIT award-nominee Joy Crookes joined by emerging artists Tobi Sunmola and Velvet Shakes for an evening of exciting fresh talent.

Manchester’s real-life version of nineties cult TV show The Crystal Maze has had a facelift: its biggest investment since it opened in 2017. With 20 brand new games - including Crossbow Castle, Lab Accident and the delightful Eggy Swamp - and the 11 most popular existing ones given an upgrade, it’s worth visiting even if you’ve been before. Start the fans please…

Part of Sport Relief, this quirky event challenges you to run 5K before Beethoven’s famous Fifth Symphony - played by the BBC Philharmonic orchestra - ends. It’s only 30-35 minutes so not too strenuous, and you’ll be to supporting people living incredibly tough lives in the UK and around the world.

Star of Channel 4’s hit show Riot Girls and the popular podcast Football, Feminism and Everything In Between (which she hosts with her father Alistair), Grace Campbell has challenged the patriarchy ever since growing up around Westminster. Don’t miss her latest show and Fringe sell-out, spanning Putin’s kids to causing Brexit.

YOU MAY RECOGNISE ME FROM TINDER | Frog & Bucket | Wednesday 25th March

Eleanor Conway’s new show follows her debut tour Walk of Shame; which detailed her battle with addiction and sold out in over ten countries on a multi-award winning 100-date tour. With typical candidness, You May Recognise Me From Tinder takes a frank look at shagging, sex work and crossing lines. TMI guaranteed…

With its fantastical dystopian sets and electrifying score, it’s unsurprising that Scott Ridley’s Blade Runner became a cult classic. For the first time, watch the 1982 hit on a large HD screen as The Avex Ensemble perform Vangelis’ iconic soundtrack live.

Combining the best of Manchester’s art scene into one jam-packed day, Cotton On’s latest shindig features workshops, charity tombola and an affordable art fair with over 40 stalls - not to mention bar and food market to sustain all that browsing.

For more unmissable goings on, take a look at our essential festival calendar

Can you help this local group to create a 24hr video stream to thank key workers?
● / Stay 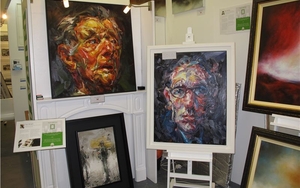 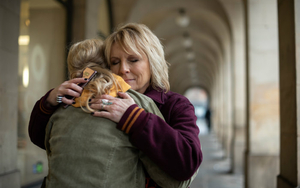