AN impressive monument to a bygone age that should be returned to its former glory or a bungled monstrosity that needs to be torn down?

The main architectural guide to Manchester calls The Longford, ‘One of the most entertaining sights in the Manchester area’. It would be a crying shame to lose it.

The debate surrounding the Longford cinema in Stretford is complex, but the only certainty is that local residents, have little to no idea what the future of the building is.

Confidential couldn’t even get in contact with the owner – and Good Lord did we try.

This is a problem because at present the Longford, despite its striking image, is fading. Commuters to Manchester and shoppers heading to Stretford Mall are reminded of this failed building daily. Yet inside it is a spectacular art deco building.

Sitting at the intersection of Edge Lane and Chester Road, the Longford, as it was then known, opened as a cinema in 1936, designed by Henry Elder. It was at the forefront of modern technology - featuring sound-proofing, under-seat heating and air-conditioning.

It was also the first building in Britain to be illuminated by neon tube lighting. The Longford was lavishly decorated, including a foyer floored in Venetian marble and an auditorium full of art deco features. Aside from screening popular films of the day, the Longford also staged theatre productions once a week.

In 1950 the building was bought out by the Essoldo Circuit which ran films for the next fifteen years until the company failed and the cinema – as with so many – became a bingo hall in 1965. 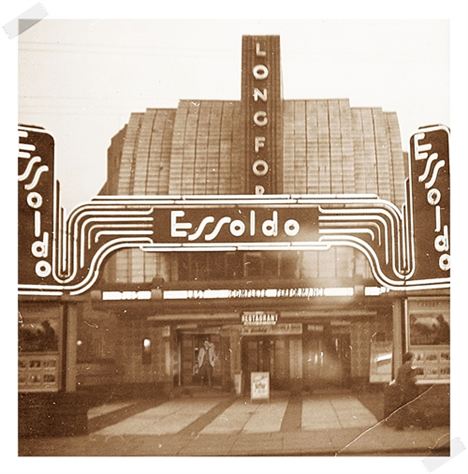 The building’s final incarnation was as a Top Rank Club in 1986. In 1994 it was granted listed building status – Grade II - by English Heritage but it closed for good in 1995. The building was sold to a Sale businessman in 1997, whose identity has so far not been revealed. If you’re reading this Mr X, please give us a call.

The exterior has a curved canopy with a tall ‘phallic’ concrete pier. It’s supposed to look like a cash register, originally designed to reflect the architect’s theory that the film industry was all about ‘money and sex’. That exterior still carries powerful appeal despite the fading paintwork.

The interior of the vast cinema that extends all the way back to the Bridgewater Canal was last filmed by John Ryan in 1995. Let’s hope it has rotted away in the meantime. You can see a video of the interior on YouTube here. (Skip to around 2.35 to see the auditorium).

The Conservation Officer at Trafford Council, who also couldn’t give the owner’s contact details, said “the building was granted planning permission and listed building consent several years ago to be converted to a Leisure Arts facility”.

She added, “I currently believe that the owner is working on the building in line with this consent.”

The conservation office had no information with regard to the timescale of the project. 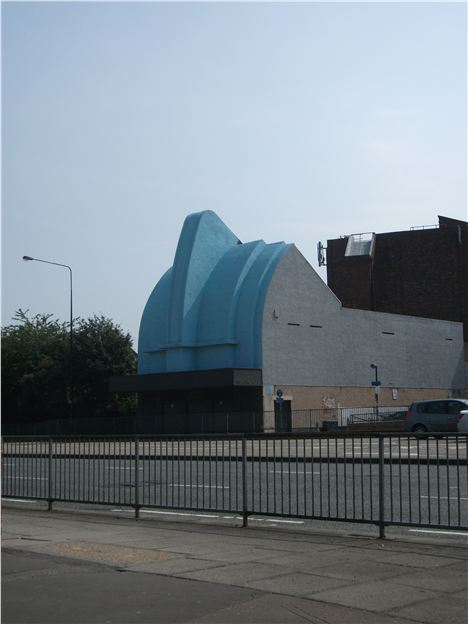 Stretford is in trouble.

The Mall is dying and with the opening of the super-Tesco close to Lancashire Cricket Club and Manchester United it will take a further hit.

The Longford is a landmark that maybe could re-introduce a sense of pride and identity back into the suburb town. In the meantime people are stuck waiting for an anonymous owner to make clear his plans for this wonderful piece of Modernism.

The main architectural guide to Manchester (Lancashire: Manchester and the South East in the Buildings of England Series) callsTthe Longford, ‘One of the most entertaining sights in the Manchester area’. It would be a crying shame to lose it. 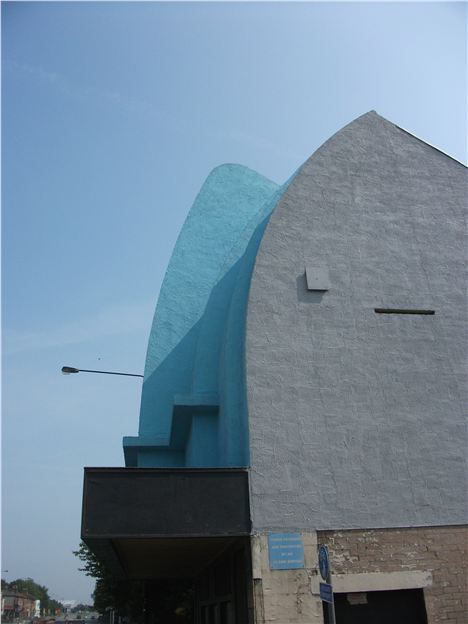