The Good, the Standard and the Ugly: Abraham Lincoln Category of good, standard or ugly? Beyond good, excellent.

Wonder why you’ve chosen this?
We had to, didn't we? Daniel Day Lewis's Oscar winning performance as Lincoln in the Spielberg movie of the same name has thrust the assassinated American hero back into the limelight. The Manchester statue of former US President Abraham Lincoln, dramatically depicts the man who freed African-Americans so that one day (20 Jan 2009, to be exact) an African-American, Barack Obama, could become President. Of course, we should remember that civil rights were denied in certain states to black people for another century after Lincoln emancipated US slaves - more of this later.

Why is Lincoln in Manchester?
Because we supported Abraham Lincoln's side, the Union, in the American Civil War of the 1860s. As John A. Stewart of the Sulgrave Institution and the Anglo-American Committee who donated the statue said, “The sentiment of London was quite against the Northern States, but Lincoln found in Manchester warm friends and sympathizers. It is owing not a little to the way in which the English cotton spinners stood by us which enabled us to preserve the Union and bring the war to a successful conclusion. For this reason we are very grateful.” It wasn’t just London which was a reluctant supporter of Lincoln’s Union either, Liverpool, for instance, with their nasty slave-trading traditions had encouraged a Confederate consulate to open during the war. But then Manchester’s always been pretty good that way.

What do you mean?
We were the first British town to petition Parliament to abolish the slave trade in 1788. We also had an active anti-slavery committee that continued to meet even after slavery was banned in the British Empire. Important meetings with black speakers as guests were held in the 1850s for instance. Part of an abolitionist speech from a Free Trade Hall meeting is included on the plinth of the Lincoln statue In Manchester. 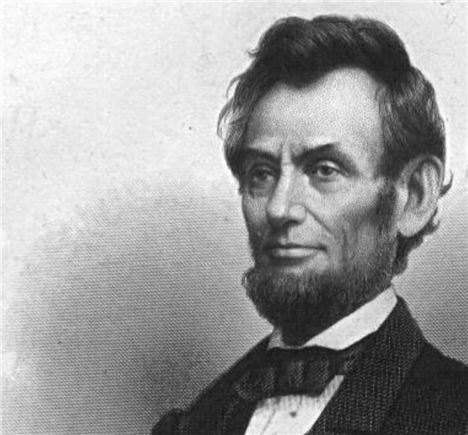 Who was the sculptor?
That was US artist George Grey Barnard. The work was finished in 1916 and erected in Manchester, originally in Platt Fields Park, in 1919. Barnard wanted to make his sculpture reflect the character of the man more than previous work, which he thought predictable and lifeless. So he did his research and came up with a serious Lincoln, not too concerned about his appearance, a man of work and purpose. He also came up with a beardless Lincoln - this is a mystery - Lincoln's face on the work is old when he always had a beard. Statues of Lincoln without a beard are rare and depict him as a younger man. What symbolism was Barnard intending here?

Is the statue a success?

Yes and then some. Barnard’s Lincoln, with his uncombed hair and semi-scowl, proved critically popular, but popularly unpopular, if you follow. The statue which had been intended for London, to stand outside Parliament, caused a minor panic and a ‘prettier’ but lesser work was chosen for the capital. That was the stage at which the Sulgrave Institution and the Anglo-American Committee stepped in and took over. Manchester, unlike other places, liked the piece though. The Manchester Guardian writing at the time said that the face had ‘something fitted to touch the spirit of the children of future generations like the great stone face of another American imagining.’

'American imagining' nice phrase. Was Lincoln perhaps more celebrated because of his early death due to assassination?

Doubtless, early martyrdom always does that. But he was a great figure, and his murder just a few weeks after the American Civil War which destroyed slavery was a tragedy for the States. This was explained by Hugh Brogan in still the best general history of the USA I've ever read, 'The Penguin History of the United States of America'. Read this quote, it's important.

'Nothing could repair the loss. It was not just that Lincoln was a good and great man. His talents had seldom been needed more. The problems of peace would have perplexed even him; his successor was to make them much worse. With Lincoln died the remote chance of a good peace. (The assassin) Booth condemned the South to generations of squalid backwardness and the races in America to a long and unhappy struggle which is not over yet. Some such outcome might well have occurred even if Lincoln had lived; he never pretended to be a miracle-worker; but his prestige, his wisdom, his political guile, would surely have shortened America's racial agony and mitigated its intensity.' 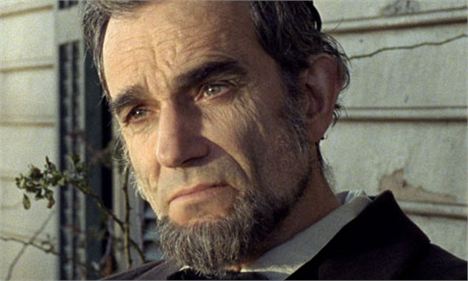 Wow. Anything else?
Yes, let's talk about the remarkable nature of the support Manchester and Lancashire gave the Union when the American Civil War was killing them. And it was the Union's fault. They had blockaded the cotton grown in the slave states from coming to Britain. Factories, without the raw material, closed, and with them went the work. There was no welfare state, people starved. Eventually an equally remarkable relief programme alleviated the situation. Yet for the most part the cotton-producing areas of the county remained solidly behind what they saw as a war against slavery. As an aside many North West landmarks were built during this time expressly to give work to the unemployed; Bolton Town Hall is an example. Two last points.

This was a moment of idiocy. When the statue was moved here from Platt Fields park in the 1980s Manchester council changed Lincoln’s words. On the letter reproduced on the plinth he’d addressed his missive to ‘the working men of Lancashire’. The goons at the Town Hall changed that to ‘the working people of Lancashire’. Thus at a careless stroke they re-wrote history and put words in the great man’s mouth – the fools. The big message which was all about the fight – a continuing one - against slavery was lost and the newspapers went off on one about political correctness.

And the final point?

It's a shame that Manchester and the marketing agencies of Manchester didn't try to mark the links between here and the president in some way following the success of the Spielberg film and it's Oscar endorsement. Perhaps that was a missed opportunity to promote the Manchester brand as the marketeers say.. 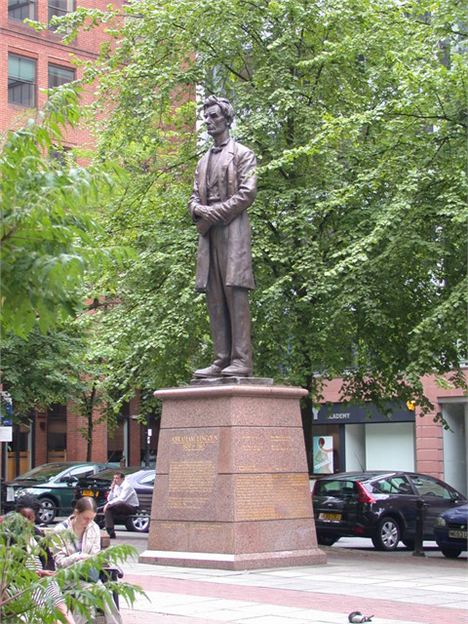