The Dalai Lama At Manchester Arena

I WAS in two minds as to whether to attend the Dalai Lama’s public talk at the Manchester Arena on Sunday 17 June. Despite following a psychospiritual path, I remain reservedly dubious of many teachers and so-called gurus. While travelling in India I deliberately avoided anything with the faintest whiff of spirituality or religion even though it suffuses the very air you breathe.

It doesn’t matter, he said, if you’re religious or not – it’s important to know your mind. Too right, I thought.

The one time I was unceremoniously dumped before a ‘guru’, I was up and out the room before you could chant ‘OM’. The only concession I was willing to make was a visit to the Dalai Lama’s current residence in Dharamsala – more out of curiosity than anything. In the end, though, my trip took unanticipated twists and turns and I never got to see him.

I’d heard the Dalai Lama was down-to-earth, but wasn’t prepared for quite how charismatic, grounded, and pragmatic he’d be. Impish and self-deprecating, too. He has a deep, contagious laugh reminiscent of actor Eddie Murphy’s that regularly set the audience off laughing too. (And please don’t say I was the only person who thought he sounded like Yoda from Star Wars – a comment for which my friend said I’d be going straight to hell.) 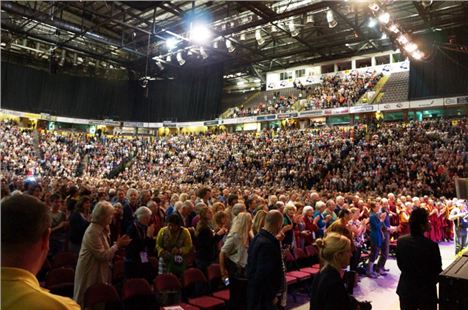 I also appreciated him setting out his stall by dispelling any delusions of him having super healing powers. He’s a mortal human, not a god. They’ll be no deifying here thank you very much. He also encouraged the audience to ask him questions. “They make you think, keep your perspective sharp and fresh.”

Nope, this is a profoundly unassuming and humble man with a simple message – compassion. (And patience, kindness, and endurance – “fall down nine times, get up ten".) But what struck me was less what he had to say and more his overall demeanour. Some people are so inflated with their self-importance and talk so much, that they don’t actually end up saying anything, their message lost in translation. On the other hand, there are those who don’t need to say very much simply because they walk their talk and practice what they preach, their centeredness radiant. And therein lies the Dalai Lama’s power – he’s a conduit for a wisdom far greater than his ego-oriented intellect alone. Most importantly, he knows it. You can bless with words, he said, but Karma means action. Yup, talking is fun, but doing gets done.

This was the first spiritual or religious teacher/figurehead in whose presence I’ve felt something special. And that’s saying something in a venue the size of the arena filled with several thousand people. It was wonderful to witness. As soon as he stepped out on the stage, he reminded me of the last of the ‘Ten Ox-herding Pictures’ of Zen Buddhism entitled ‘Entering the City with Bliss-bestowing Hands’, which represents the culmination of enlightenment:

“And now having moved through the stage of emptiness, and also having seen God in the world of nature, the individual can see God in the world of men. Enlightened mingling in the market place with ‘wine-bibbers and butchers’ (publicans and sinners), he recognises the ‘inner light’ of ‘Buddha-Nature’ in everyone. He doesn’t need to hold himself aloof nor to be weighted down by a sense of duty or responsibility, nor to follow a set of patterns of other holy men, nor to imitate the past. He is so in harmony with life that he is content to be inconspicuous, to be an instrument, not a leader. He simply does what seems to him natural. But though in the market place he seems to be an ordinary man, something happens to the people among whom he mingles. They too become part of the harmony of the universe.” – Suzuki, Manual of Zen Buddhism 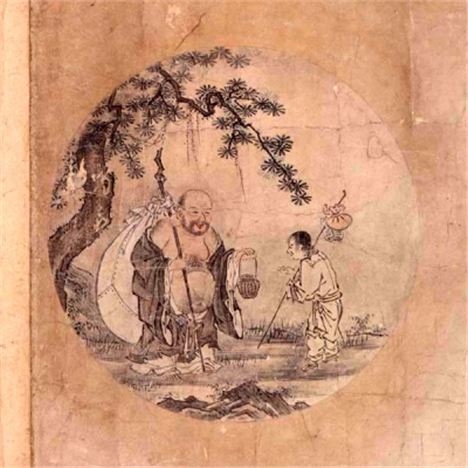 There’s a lot to be said for humility, the willingness to be an instrument for peace, and to consciously surrender one’s life to a cause greater than oneself (move over Queen Elizabeth II – His Holiness has served his people for almost 62 years).

It may have been Fathers’ Day but he openly expressed his admiration for mothers – in particular their patience. In fact, he said he liked them more than fathers. He was also big on psychology. It was at this point my ears really pricked up. It’s important to know one’s mind, he said – very important. Self-analysis, psychology, psychotherapy. To hear such an influential figure encourage the masses to explore themselves from the inside out had me bouncing about in my seat. It doesn’t matter, he said, if you’re religious or not – it’s important to know your mind. Too right, I thought. 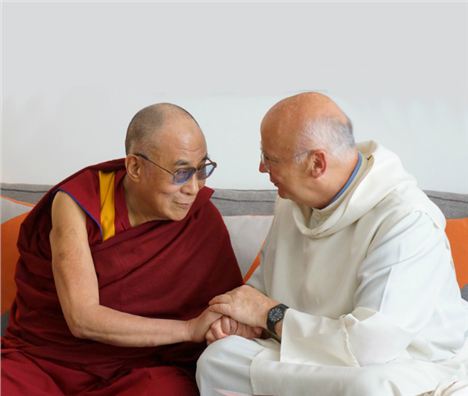 A man with Bliss-bestowing Hands

When it comes to mainstream education, secularism is the future, he said. Not religion. We need to encourage an exploration of moral ethics. And when asked by an audience member about how we can show more compassion to the earth, his reply was simple and to the point, “Use common sense,” before going on to share how he got rid of his bath and replaced it with a shower so he could do his bit to help save water.

Long may he live and continue to share his profound and elegant wisdom. 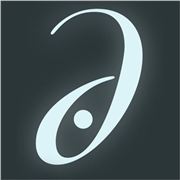 You can read about Thea’s life in her book, Running into Myself, available from Amazon.