Spa Satori will help you spring-clean your system

SPRING-CLEAN your system with one of Spa Satori’s many detoxing treatments and you’ll really feel a difference. Whether you suffer from IBS, Crohn’s disease, a slow digestive system and constipation, PMT and painful periods, bloatedness, low energy and sluggishness, or you just feel like a “re-set” following a stressful, boozy or otherwise unhealthy spell, the two Colonic Hydrotherapy options on offer at Spa Satori might be worth considering.

Spa Satori, your holistic city retreat, offers two detoxing colonic hydrotherapy treatments: one with a therapist administering the treatment, perfect for first-timers; the other where your therapist explains what to do and is on call for extra guidance, but is not present in the room during the treatment – great if you’re au fait with the Colonic Hydrotherapy procedure.

Colonic Hydrotherapy (also known as Colonic Irrigation) is a specialised treatment that has been used since 2000 BC, which introduces warm water into the colon to cleanse the body from the inside out. The colon acts as your body’s sewage works, but if waste is left to break down and rot in your colon, the colonic membrane begins to re-absorb the waste back into your body and toxins start to build up – regular colonics can help to remove this toxic load from the bowel.

Our guinea pigs report that they’ve slept really well since their wellbeing treatments and felt a lot less bloated and even lighter, with visible benefits

We’ve tried and tested both of Spa Satori’s Colonic Hydrotherapy options, and both begin the same – after being welcomed to Spa Satori with beaming smiles, you’re taken to the relaxation room, set with candles and calming music, where you lie down and the “Zen chi” machine shakes your legs about to get you moving (ahem). Next, you are led to the colonic room, where, if you are having the detox treatment administered by a therapist, the process and equipment of the colonic is explained – a lubricated pipe the half the size of a whiteboard marker is inserted (don’t worry, it doesn’t hurt), and this is attached to an intake water pipe and a pipe to take away the waste. Warm water flows into your colon, and the waste pipe is clamped at intervals to let the water build up, before being unclamped to release the water along with any, er, waste (and wind!). This process is repeated for up to 45 minutes, depending on when the water begins to run clear.

The second option, the Colonic Lavage Treatment, is a kind of DIY version, self-administered using the Cherubum Lavage Chair open system, during which you carry out the water treatment yourself – apparently really easy to use and just as effective

Neither option hurts, and your dignity is kept intact throughout with no embarrassment. The initial slightly “weird” or unusual sensation of having your bowel flushed with lots of water eases off, and while the pressure of the water building up can make you feel slightly nauseous, you do get used to the “rollercoaster ride” sensation. Following the procedure, you may feel a little queasy and lethargic to start with, but after a couple of days this will subside, leaving you feeling much better for the treatment. Our guinea pigs report that they’ve slept really well since their wellbeing treatments and felt a lot less bloated and even lighter, and visible benefits are that their skin looks clearer and the whites of their eyes are brighter. They recommend the treatments and will be going back. 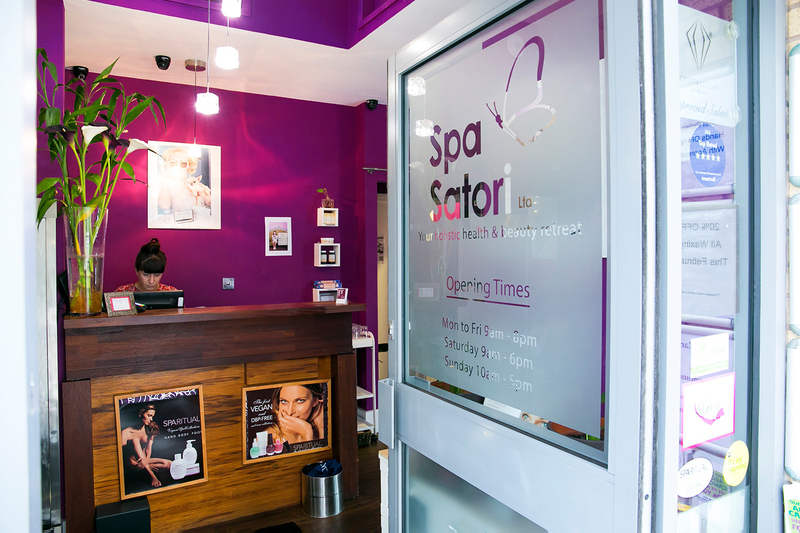 “I like the thought of getting rid of all of those toxins that would usually sit inside you for a long period of time,” says one of our testers. “It’s good for your wellbeing.”

So, if you’ve been thinking about having a detox treatment for a while and have been just too scared, or if you have specific medical issues to tackle, maybe it’s time to go for it. A colonic isn’t half bad and a lot of your fears are unfounded, we’re told, and the Colonic Practitioners at Spa Satori will look after you from the moment you walk through the spa doors.

Find out more about Spa Satori and book here.