The United Colours Of Benetton may have made multiculturalism prevalent in their ad campaigns back in the 90s, but Selfridges are bringing it right where it’s needed – to the shop floor.

It’s not just the array of designer brands that brings international visitors to shop at Selfridges, but the store’s ability to communicate with customers in over 30 languages.

The newly refurbished accessories hall now boasts teams able to converse in Cantonese, Mandarin, Malay, Urdu, Gujarati and Punjabi. The Hermès department alone has staff who can speak Mandarin, Cantonese, French, German and Danish and there are several multilingual employees within the store. 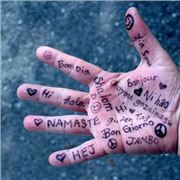 Selfridges Exchange Square also recently delivered a bespoke training package in association with the Confucius Institute of the University of Manchester, to help staff to assist the increasing number of Chinese shoppers visiting the store. Employees learned not only how to greet customers and offer assistance with relevant phrases, but also gained an insight into understanding Chinese consumer behaviour.

Jane Sharrocks, General Manager of Selfridges Exchange Square, said: “Selfridges prides itself on its customer service and providing a unique experience for shoppers. Ensuring that our store is accessible to everyone including international visitors is just another way in which Selfridges stays at the forefront of leading British retailers.”

See below for the full list of languages spoken by staff at Selfridges Exchange Square, Manchester.