LAST month the media was awash with articles reporting on research that linked eating red meat with an increased risk of death. The articles were reporting on research that had compared the data from two American studies which recorded information about the lifestyles of 2 groups of people: 37,698 men, who completed questionnaires between 1986 and 2008 and 83,644 women between 1980 and 2008.

Headlines included ‘Red meat increases death’, ‘All red meat is bad for you’ and ‘Red meat blamed for 1 in 10 deaths’. So should we forgo the traditional Sunday leg of lamb or can we safely enjoy the odd steak without a feeling of impending doom?

As I am sure you have noticed, we’re frequently subjected to doom-laden headlines warning us against eating or drinking certain things and they are often swiftly followed by another series of reports telling us that actually, it's ok after all. Here's a quick look behind the headlines to help you try and make sense of it all... 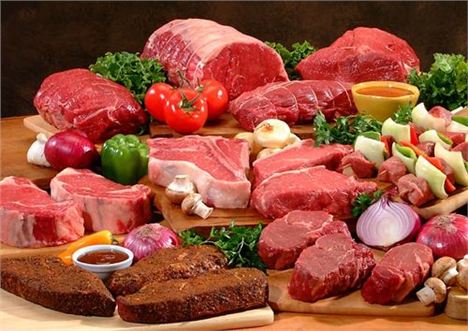 Red Meat Kills...Or Does It?

What does the study say?

The study was conducted by the eminent Harvard School of Public Health and published in the journal Archives of Internal Medicine. The press release states ‘A new study from Harvard School of Public Health (HSPH) researchers has found that red meat consumption is associated with an increased risk of total, cardiovascular, and cancer mortality. The results also showed that substituting other healthy protein sources, such as fish, poultry, nuts, and legumes, was associated with a lower risk of mortality.’

What does the study mean?

Media articles have reported that ‘adding an extra portion of unprocessed red meat to someone's daily diet would increase the risk of death by 13 per cent’ (BBC) and ‘replacing red meat with fish, poultry, or plant-based protein foods contributed to a longer life’ (the Guardian).

Is the information accurate?

The million dollar question. The trouble with this sort of research is that it is a backward look at the eating habits of a group of people over the previous year. I don't know about you but I know I would have difficulty remembering exactly what I had eaten over the past year.

When working with clients, I've noticed that people often struggle to remember what they have eaten over the past week. There is often also a gap between what people would like to think they have eaten vs. what they actually consume - it's human nature! Not only that, but the questionnaires are long and detailed and even willing participants get bored. This sort of nutritional information gathering is notoriously unreliable. 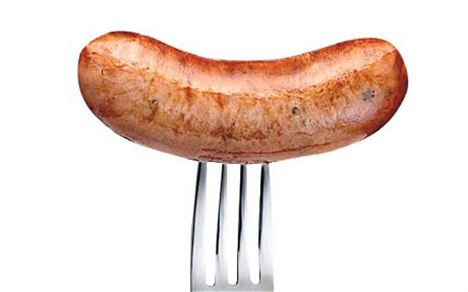 'Clearly there can be quite a difference in quality between say, a lean steak and a cheap sausage.'

What is red meat?

Good question. Red meat includes beef, pork and lamb and products made from them such as burgers, sausages and bacon. Clearly there can be quite a difference in quality between say, a lean steak and a cheap sausage and, to be fair, the researchers did look at 'processed meat' intake separately. However, they did not categorise burgers or meats in sandwiches or ready meals as processed meats.

Not only that, but a response to this study from the UK Soil Association points out the differences between farming practices in the UK and the US: beef in the US is mainly grain-fed whereas in the UK, it’s mainly grass-fed.

According to a Soil Association press release, ‘The diet fed to beef cattle has a large impact on the proportion of different fatty acids in the meat, with grass-fed beef containing up to eleven times more omega-3 fatty acids as well as higher levels of cancer-fighting conjugated linoleic acid (CLA) and lower total fat.’ US cattle are also routinely treated with hormones and growth promoters, both of which have been linked to an increased risk of cancer. This means that the findings from this US study may not be applicable to meat eaters in the UK.

Is eating red meat going to kill me?

Well, I'm going to be bold and say probably not. Although as a nutritional therapist I am in favour of 'healthy eating', I don't actually believe that red meat, per se, is bad for you. What's more important is to choose a variety of foods and to eat a diet that is right for you as an individual.