Quit Tinder - Here's Where To Find A Date In Manchester

Single this Valentine's? Maybe a morning rave, a game of ping pong or even a trip on the Metrolink could help

WE should start a self-help club for the scorned men and women of Tinder. I could be its chairwoman. After my last few Tinder dates – all varying levels of cringe, shame, horror and time wasted – I’m done with ‘swipe for love culture’.

So I’ve deleted the app and all other dating apps of the same ilk in favour of some old school romancing. Ideally, I'm hoping to meet eyes across a crowded room, or for lingering looks in the supermarket and blushes when we both reach for the last scone....

You get my point.

Though traditional dating now feels incredibly archaic in the world of apps and social media. How is anyone supposed to score a date when most of the single population have eyes glued to their mobile phones? That’s not to say meeting someone the old-fashioned way is not doable. Like anything in life, being successful takes work, and odds are those so-called ‘chance encounters’ are actually a result of proactive searching.

That said, you’re not going to find love lying spread eagle on your sofa. So before booking a stint on Channel 4’s First Dates, how about taking a look at some of the spots in Manchester where love could blossom?

If TV sitcom Friends taught us anything, it was that coffee shops are the epicentre of all social activity and romantic possibilities in big cities. After all, highly caffeinated people make great conversationalists, though, odds are you’ve not yet found your Joey or Rachel. So next time you head out for a latte on your lonesome, park yourself down near to a hottie (close enough to be seen, not on their lap) or sit by the window, look pensively into the distance and catch someone's eye (trust me, this has worked for me in the past). If that doesn't work, head to the Northern Quarter’s Chapter One, browse the books and strike up conversation with a fellow bookworm. 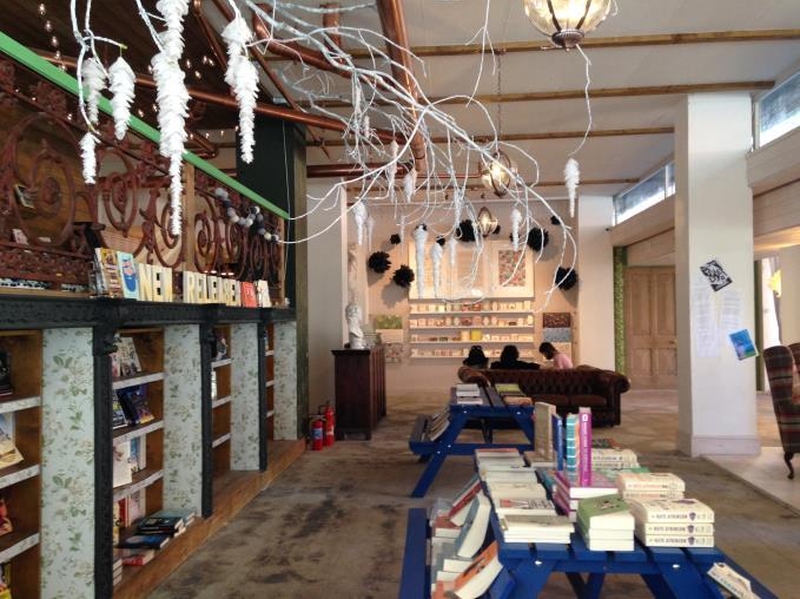 OK, this is a bit of an odd suggestion, but let’s consider it. Manchester's Morning Gloryville raves, popular for their holistic and very early take on partying (see here), attract a certain type of person... mainly morning people. All the glitter, euphoric party music and lack of alcohol give singletons the opportunity to mingle without the usual beer-goggles. Also, with a crowd hyped up on coffee and organic juices, you'll find most people are happy to chat to someone new. And not all Morning-Ravers are the hippy-dippy type (though if you’re into that, there’s a lot of hippies too), just business people looking for a morning booster. Get stuck in... you never know.

Fancy a competitive sort of lover? Well, we wouldn’t suggest challenging a partner to a duel, but how about joining one of Twenty Twenty Two’s ping-pong tournaments? They say it’s ‘a completely non-serious tournament’, so no need to bring out the sweatbands. The winner gets a £100 bar tab and a rubbish trophy, and if you’re lucky, maybe a regular ping pong date. If all else fails, there’s a fully stocked bar nearby.

Shudehill’s Organic Café and Creative Wellness Centre is fast becoming known as a hotspot for alternative activities. In the pursuit of a unique romantic connection? Why not try one of The Wonder Inn’s intriguing classes – from laughter workshops, reggae yoga and African drumming to an ‘Alien, Atlantis and Ascension’ talk (certainly a conversation starter). Open the door to a new relationship by trying something entirely new and a bit left field.

So you’re looking for someone cultured? We hear you. Ideally, you'd like an erudite character who is able to thoughtfully dissect the plotline of an indie flick, quote Nietzsche and enjoy a good Beaujolais. If your tastes are more high-brow then First Street’s HOME arts centre is a good shout when looking for a new mate. After all, the theatre, cinema and exhibition venue was created 'for curiosity seekers, for lovers of the dramatic, the digital and the deeply engaging; for radicals and reciprocators'. You're bound to stumble across a culture vulture here. And there are lots of interactive events on the bill with the potential to have you mingling with artsy types. Try out some of HOME’s cool theme nights such as their pop-up music club 'Club Big' or attend one of their post-performance talks. 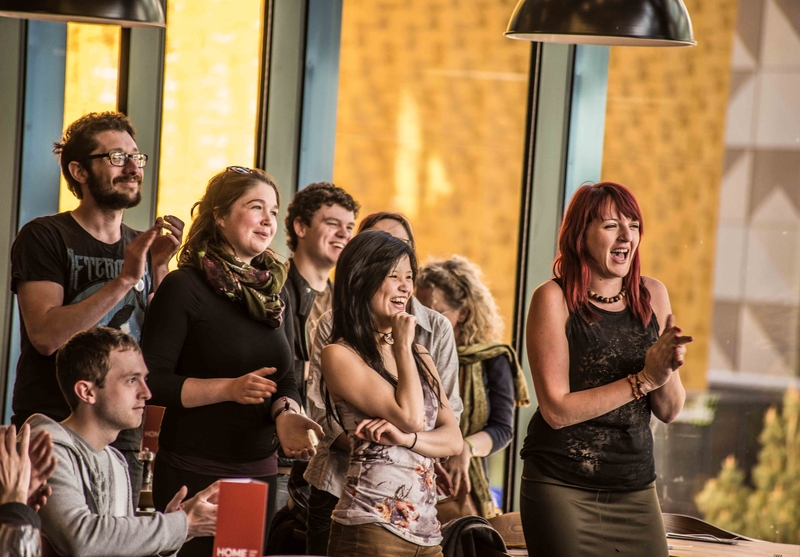 Ok we'll admit, this is kinda like using a dating app, but it’s hard to completely ignore digital help when looking for a partner. Still, the big difference here is CitySocializer is less about meeting people for dates and more about meeting new people in general. This laissez-fairre approach to socialising removes the pressure massively. If you struggle to go out and meet people, or are stuck for fun social ideas, or are the last singleton in a group of married-folk, then CitySocializer is a great way to mingle in Manchester without too many expectations. Also, there's no one-on-one awkwardness. From film nights to quiz nights (most recently in NQ's Common bar), join a buzzing social group and just have a laugh. Who knows who you’ll meet? You’re probably not the only City Socializer with love on the brain…

Bodies close and grinding in sweat, or at least, that’s how they portray it in the movies. Considered one of the sexiest dances styles, salsa classes are one way to spice up your dating life. Although, taking a class in your local church community centre may kill the mood a tad. Instead try Revolucion de Cuba’s salsa classes on Wednesday evenings. For 30 minutes you’re taught the basic steps, before you get to show off your new moves in a free party afterwards with a live Cuban band. Singletons need not have any wallflower fears as there's no need to bring a partner. Sexy, fun and completely uninhibited, there's a good chance you may salsa your way into someone's life.

Salsa class and social is every Wednesday until 2am at Revolucion De Cuba, 11 Peter Street, Manchester M2 5QR

Time to talk tannins and, um, the ‘champenoise method’ with a wine connoisseur (or, at very least a person who enjoys a drop). Wine tastings offer up the opportunity for wine-lovers to connect over a mutual love, be it white or red. Also, wine has the added benefit of making you incredibly sociable. Thankfully, Manchester is a city which loves its wine and there are various wine tasting classes to try out in the city. Spanish restaurant Lunya put on highly recommended wine-tastings, while Hanging Ditch also offer up regular wine tastings beneath the cathedral. Swirl, sip and flirt.

Cook up a storm and hopefully a great rapport with a fellow food-lover at one of Manchester’s various cooking schools. They say ‘the way to love is through the stomach’, and what’s more impressive than being able to cook your own bread or roll your own sushi? Whether you want to master Malaysian street food or finally make a Bake Off worthy cake, there’s many opportunities to bond with an avid cook over a love of good food. Maybe you’ll meet someone who’ll want to do more than get a take-out. 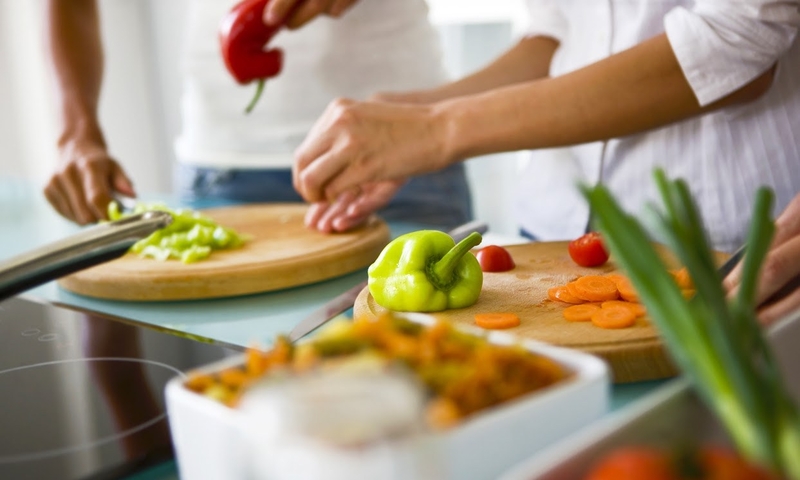 Speed dating is the original Tinder. And here we were thinking speed dating was obsolete. Whether a young professional or enjoying your later years, there are still a great number of speed dating events in the city. Switch the focus from texting and emojis and enjoy a real conversation... even if it is being timed.

Falling in love with your personal trainer may be clichéd, but there is certainly something about all the lifting, squatting and cardio-induced panting that sends pulses literally racing. We wouldn’t like to suggest using the gym as a place to ‘pick up chicks' per se. Nonetheless, gym regulars often cite the gym as a social community and the more you go the more likely you’ll build lasting friendships. You’ll also look and feel great which can only boost your relationship eligibility.

Ok. Here me out. The daily commute via public transport brings with it regular faces and sometimes you spot a regular face you'd like to see a lot more. If you take a lonely car journey to work you could be missing out on a potential chance encounter. It’s a long-shot, sure, but it’s not entirely inconceivable. Let’s hope your would-be tram ‘bae’ is not too busy swiping on Tinder to take notice.