New £5m gallery at Science and Industry Museum gets underway

Built in 1882 to provide storage for the Great Western Railway, the New Warehouse is one of Manchester’s grandest industrial spaces. Much of the Grade II listed edifice now functions as the Science and Industry Museum’s main building...but its lower floor remains hidden away as storage.

That’s set to change in October 2020, as it’s transformed into a £5m Special Exhibitions Gallery by award-winning architectural practice Carmody Groarke, whose recent projects include the critically acclaimed Windermere Jetty Museum and the Maggie’s Cancer Care Centre in Liverpool.

Features will include exposed brick ceilings, including a dramatic high section in the centre due to the historic platform above (now the Textile Gallery on the upper level), as well as illuminated fibreglass panels and new facilities; including a reception area, shop and improved outdoor welcome area. Following a public procurement process, HH Smith & Sons - whose projects include the Hallé St Peter’s extension - have been appointed as the main contractor.

The inaugural event will be Top Secret, a joint exhibition between the Science Museum Group and GCHQ that explores over a century’s worth of communications intelligence from the First World War to the latest in cyber security through hand-written documents, declassified files and historic artefacts.

Museum director Sally MacDonald said: “This new gallery will originate and host some of the world’s best science exhibitions and help establish the Science and Industry Museum as a beacon for contemporary science and major cultural destination in the coming years. In revealing this incredible new space, we can’t wait to inspire visitors year-round with more ideas that have changed the world and start to open up new areas of our globally important site.”

The Power Hall is also currently undergoing restoration and is due to reopen in 2021. The rest of the museum will remain open with an ongoing programme of special exhibitions, experiences and events including current exhibition The Sun.

The £5 million Special Exhibitions Gallery is funded by the Wellcome Trust, Garfield Weston Foundation and the Zochonis Charitable Trust, with further support from the DCMS, Kirby Laing Foundation and Friends of the Museum of Science and Industry.

News of the project comes just as the National Lottery celebrates its 25th birthday with an illustrated map showing some of the key venues it’s helped throughout the North West over the last quarter century - with over £3.3 billion (£400K daily) invested into more than 46,000 good causes thanks to its players.

Amongst them is the Science and Industry Museum, whose lottery funding includes several galleries and objects such as Arkwright’s water frame: on permanent display in the Textiles gallery, this iconic acquisition shows how one particular invention (and Manchester) changed the world.

The Science and Industry Museum

The Science and Industry Museum tells the story of where science met industry and the modern world began. Manchester was one of the first global industrial cities and its epic rise, decline and resurrection has been echoed in countless other cities around the world. From textiles to computers, the objects and documents on display in the museum tell stories of everyday life over the last 200 years, from light bulbs to locomotives. The museum's mission is to inspire all its visitors, including future scientists and inventors, with the story of how ideas can change the world, from the industrial revolution to today and beyond.

The Science and Industry Museum site is on the site of the Liverpool Road Station terminus of the Liverpool Manchester Railway, the world's first purpose-built passenger railway. Among its internationally significant buildings are the world's first passenger railway station and the oldest existing railway goods warehouse. In total there are two Grade I listed buildings and four Grade II listed buildings on the site. Find out more about the museum’s history and collections on the blog.

Manchester: Something Rich and Strange – book review
● / Things To Do 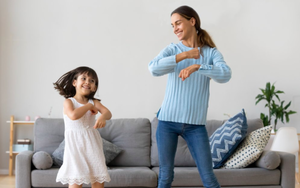 How to cope with lockdown 2

Support, services and top tips for keeping anxiety and depression at bay

How to cope with lockdown 2
● / Events & Listings 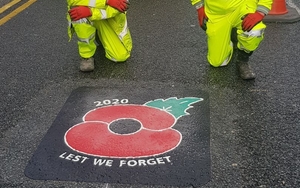 Remembrance Sunday - How Greater Manchester will commemorate in lockdown 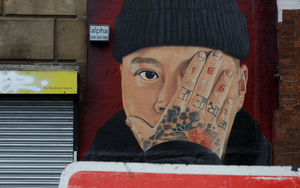 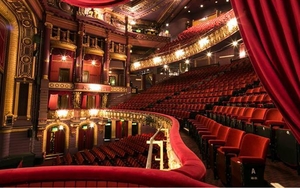 An updated list of theatres, comedy and music venues