At around 8.30am on Thursday 12 December, emergency services were called to the Whitefield Metrolink station on Stanley Road following reports that a man had been found hanged there.

Services attended but the man was pronounced dead at the scene.

The police have given no more information at this time but are warning passengers to expect delays on the Bury Manchester line.

A man has been charged with trying to seriously injure a police officer by pushing her onto tram tracks.

At around 2.30pm on Sunday 8 December, police had received reports that a wanted man, Alan Paul Froggatt, 35, was at the tram station on Eccles New Road.

When the two officers attended the man charged at one of them, trying to rugby tackle her into the path of an oncoming tram.

The officer dodged the tackle but the momentum of the man took him onto the tracks. Luckily, the tram driver slammed on the brakes and stopped just inches from the man.

Mr Froggart shall appear in court on 3 January 2014. 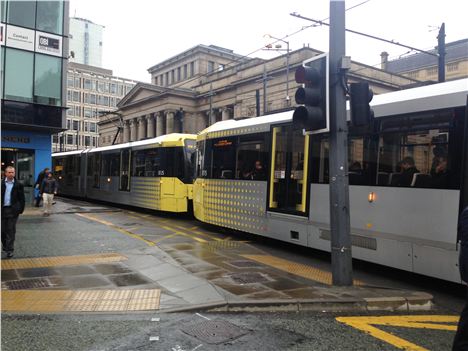 The offender tried to push the officer in front of tram

Around 4.20am on Tuesday 10 December, police were called to Princess Street in the city centre following reports of a club fight.

Moments later, police received reports that a 29-year-old man had been stabbed close to Bloom Street.

The victim was taken to hospital but his injuries don't appear to be life threatening.

A vicious teenager who killed an intoxicated man in Bolton town centre with a single 'one bomb' punch has been jailed for life.

Violent thug Eden Lomax, 17, of Northwood Crescent, Bolton, was convicted of murder at Manchester Crown Court on Thursday 21 November and sentenced to life on Monday 9 December, following a spate of unprovoked 'one bomb’ punch attacks that tragically killed his final victim, Simon Mitchell, 43.

A witness said that Lomax hit Mitchell with such force that he resembled 'the minute hand moving from twelve to three o'clock'. Mitchell suffered devastating brain injuries. 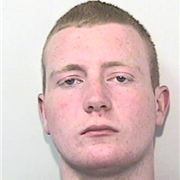 "Simon lost his life at the hands of a young thug, who was driven by aggression and pent-up violence and revelled in the fact that he could knock vulnerable people unconscious with a single punch, which he referred to as his 'bomb'.

"Like all cowards and bullies he targeted people who he knew could not defend themselves or fight back. Twice in the previous week he had knocked vulnerable men to the ground with a single punch for no reason whatsoever.

Lomax shall serve a minimum of ten years.

A popular city centre restaurant manager has died following a dispute with a customer over a bill.

Police were called to Akbar’s on Liverpool Road, Castlefield (opposite the MOSI), shortly before 11pm on Friday 6 December after Mohammed Asif, 45, collapsed in the restaurant. He was rushed to hospital but sadly died.

Although the post mortem was inconclusive, it is thought that Mr Asif died from a heart attack.

A 37-year-old man was arrested on suspicion of assault but has since been bailed until January. 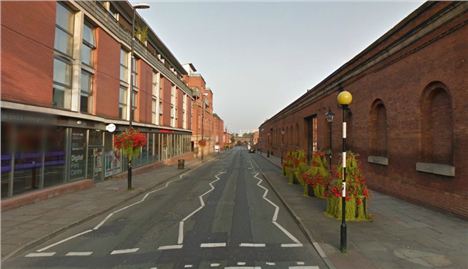 A Castlefield resident living nearby said: “I walked past Saturday morning and it was all cordoned off with police tape. When I saw the forensics team stood outside I thought someone may have died. As soon as you see police tape and white boiler suits it’s the first thing you think of.

“The restaurant is usually buzzing all weekend so it’s been strange to see it empty and quiet. Walking past you could see all the glasses and bottles left there from Friday night as the team investigated.”