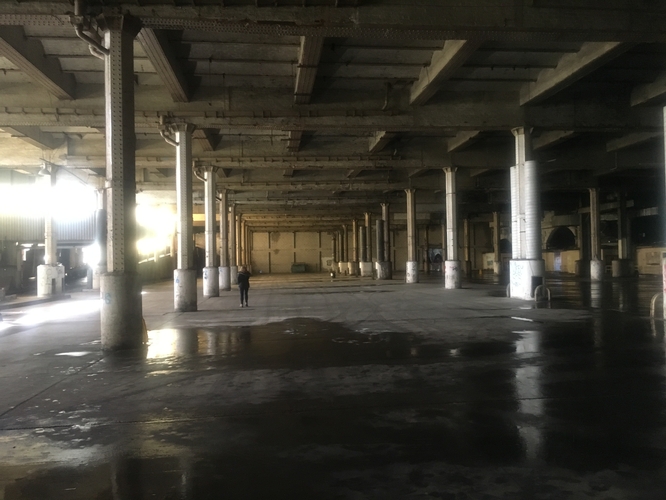 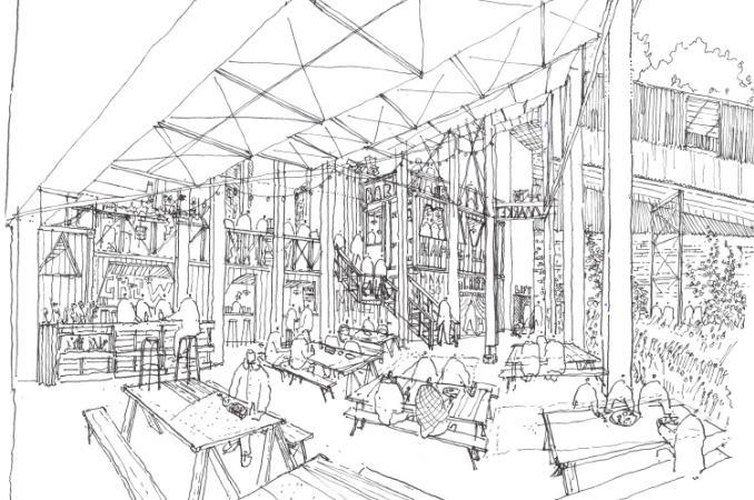 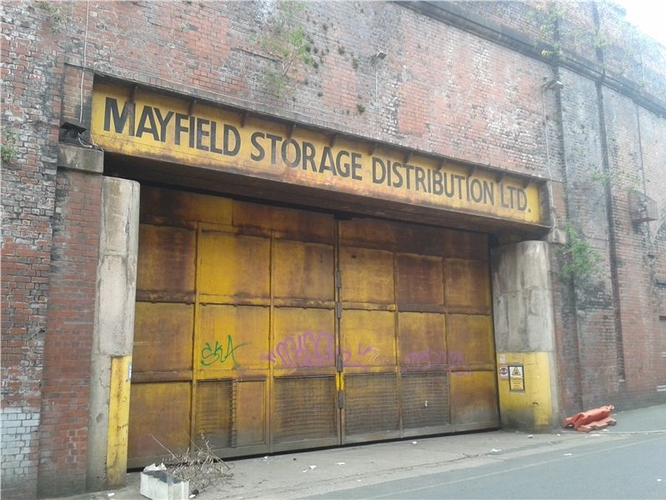 Manchester’s long-empty Mayfield Station will come back into use much sooner than expected, after plans to temporarily open up part of the site opposite Piccadilly Station were approved by the council.

The Mayfield Development Partnership - a joint venture between Manchester City Council, LCR, Transport for Greater Manchester and regeneration specialist U+I - will now set about constructing a temporary four-storey structure of timber, scaffold and shipping containers to the south of the former station off Baring Street (pictured below).

The scheme - which has shades of the Pop Brixton project in London - is comprised of three key elements: a sheltered market space and garden ‘for the people’, a sun terrace and events space, plus raised offices and work space.

The proposed mix of uses for the temporary site include food and drink events, performances, exhibitions, pop-up retail and co-working studios.

The intention is to raise the profile of Mayfield over the next three years and kick-start the £850m ten-year regeneration of the 24-acre site; which aims to provide 1300 new homes, 75,000 sq m of office space, a 350-bedroom hotel, a new city park and over 7,500 new jobs.

The partnership say long-term plans will seek to 'maintain the historic buildings that still stand' and improve Mayfield's relationship with the River Medlock, with borders the site to the south.

Work to prepare the site for interim use is already underway.

Opened in 1910 by the London and North Western Railway, Mayfield was constructed to relieve overcrowding at Piccadilly, however the station was closed to passengers from 1960. The site was converted into a Royal Mail depot in 1970 but closed again from 1986.

In 2009 the area was being billed as the 'Whitehall of the North' with the promise of 5,000 civil service jobs as government devolved from London. That never materialised and two years later the framework was expanded to include residential, hotels, restaurants, bars and offices to help attract private investment.

Plans to use Mayfield as a music and arts venue in 2013 as a backstop during the recession almost succeeded (Manchester International Festival staged a series of events here in 2013 and 2015) until the owners pulled the plug.

In 2014 the revised mixed-use framework was adopted by the City, and in January 2015 the Mayfield Partnership* was formed.