Mark E Smith bit me... and I loved him for it

One of the greatest sounds known to the human race is The Fall groove: the heavy-duty, bass-driven, wilful, grinding repetition that the band would lock into at their highest peak. A gnarly mantra, like a production line grinding away at the riff, with Mark E Smith delivering genius lyrics over the top in his array of idiosyncratic voices.

The guitar lines were spectral, the rhythm section powerfully effective, the keyboards creating brilliant electronic envelopes, as Smith, the band's shining anti-star, fiddled with the amps, deconstructing the sublime and inhabiting each song with a myriad of characters. Here he would shuffle about his pulpit, delivering scathing sermons, shards of poetry with a gimlet-eyed focus.

His were songs full of disdain, dark humour, hilarious, scratching wit and stunning word play that made Smith and his many Fall line-ups (he fired almost 60 band members over the years) so addictive over the decades.

Born in 1957, Mark E Smith was Salford incarnate. His outsiderness, his contradictory personality, his fearsome reputation, his put-downs and swimming-up-stream character teetering on chaos. And chaos followed him, but his ability to tread the fine line between chaos and brilliance was so part of him and The Fall.

He was a difficult and challenging man, no quarter was given and none expected back. I toured with him years ago, with my band The Membranes, and have interviewed him several times. He's been touchingly friendly, brilliantly off-hand and even bitten me. He also offered to move my former next door neighbour, his guitarist at the time, to a new flat so that we wouldn't become too friendly.

In a cloud of smoke, barrels of booze and amongst the fug of long lost pubs, Smith was an acerbic commentator on an insane world. I loved the fact that he was remote and awkward, never a showbiz chum. Nice people make boring music.

The band released what seemed like hundreds of albums, all great to the end, documenting the post punk decades with barbed brilliance and sulphuric wit. I must have seen them play well over a hundred times. To me, they felt permanent. I loved the intoxicating noise, the bass grind, the confusion and the clarity in a world scrubbed too clean. The danger of it all!

But The Fall have always been stubbornly loyal to an idea. The white crap that answered back. Ghosts from a rusting past who always felt like the future. They are a band that seem to have existed forever with relentless productivity, but somehow manage to remain fresh with a bristling bricolage of mutant rockabilly, kraut repetition, garage wonk, scuzz genius, sixties Seeds psych, the Monks, acid house and house disco electronics. They're also a great pop band, with cockroach songs that will last forever.

A spittle-flecked delivery of acid brilliance and wisdom, a cult curmudgeon who could be charming, vicious and mad, but above all a brilliantly creative maverick. He was like nobody else, he defined his time, that post-punk gnarl in a dark, smokey, no apologies world a million miles from the sanitised pop machine.

And somehow, somehow, through all the booze and the fags and the fall-outs, through his utterly mad, mad lifestyle, the band still played an endless succession of gigs, created new work and maintained an astonishing amount of quality control.

The Fall were full of brilliant contradictions, the most famous band you may never have heard of, capable of producing moments of terrifying darkness and moments of great beauty, shining a light on the sheer shittiness of it all. Great tunes, great, great tunes, and all the time that voice... that snarling, sneering voice.

Farewell, Mark E Smith, may your guttural cackle live for ever.

John Robb is an award-winning music journalist, author, poet and punk rocker. He runs Louder than War magazine and has been writing about music for three decades, with several best-selling books to his name. He tours the world with Goldblade and The Membranes. 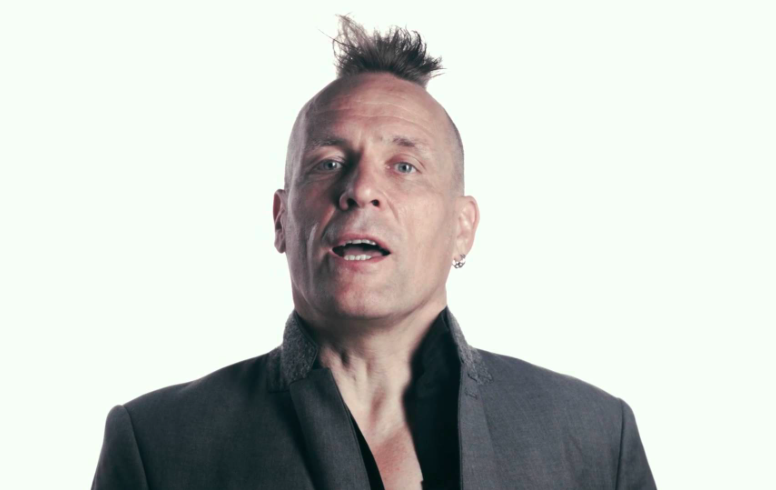