It may not be traditional ‘festival season’ but the start of the year is nevertheless packing a punch - with over 20 festivals to enjoy, from old favourites like Ted X Manchester to exciting debuts like Turn On. Check out what’s on…

Celebrating string music across a range of concerts, presentations and masterclasses, RNCM’s String Festival sees internationally-renowned musicians performing alongside its students; from cello to harp, viola to violin. Strings not your thing? Other RNCM festivals include Brass Band, Chamber Music and the Manchester Song Festival at Stoller Hall.

Macfest showcases Muslim culture across art, film, photography, literature, architecture, history, music and performance. With over 50 events across Greater Manchester, many of them free, the 16-day extravaganza spans creative papercutting to Islamophobia panels and global exhibitions.

Focusing on film, theatre and visual art from the North West, PUSH offers a fortnight of miscellaneous goodies - from radical plays to onscreen commissions and exhibitions like the Manchester Open. Workshops are another strand, with everything from playwriting to fundraising. Also a seasonal staple, check out HOME’s ¡Viva! Spanish & Latin American Festival in March.

With most of the action clustered in October - Indy Man Beer Con, Didsbury, Oktoberfest - the Beer & Cider Festival is a unique opportunity to drown your January blues in a pint or few; spanning more than 500 beers, ciders and perries plus gins from local artisan producers. There’ll also be street food, talks and tastings. February, meanwhile, sees the second edition of Friends & Family & Beer; a major non-for-profit indie fest, also including an industry expo.

Manchester celebrates Year of the Rat with three days of food, fortune, fireworks and free activities. Staples include the iconic red lanterns, performances and crafts citywide, a Chinese food market and the exuberant dragon parade finale.

A seven-day celebration of small music venues around the UK - and a nod to the people that own, run and work in them week in, week out - this nationwide initiative celebrates its seventh birthday with another series of live shows; curated by promoters, labels, media, bloggers and tastemakers. For more indie showcases this season, check out You Are Not Alone and When in Manchester.

See Oldham in a new light quite literally as this late-night arts festival returns for a third year. Follow the ‘trail of light’ from Oldham Parish Church through to Parliament Square and on to Gallery Oldham to see all the happenings; from carnival processions to enchanting installations and sensory performance.

Such is the popularity of TED X Manchester, it often sells out weeks in advance but those who’ve missed out on a live ticket can now buy one to Livecast lounge: an additional viewing space with a direct video feed of everything happening onstage in the main auditorium. Speakers include climate cosmologist Sarah Bridle, boxer Stacey Copeland and humanitarian barber Ged King.

Coinciding with International Women’s Day, this new woman’s empowerment and lifestyle show promises a weekend of entertainment, workshops, seminars, pop up shops and coaching services…not to mention gin and Prosecco aplenty. There’ll also be fashion shows, modelled by a diverse range of women, and an inspiring story stage. Fancy treating yourself? Go VIP and get a £100 goody bag and extra perks galore.

Manchester Jewish Museum presents its first ever Festival of Belonging this March - featuring one-off events and nights of comedy, theatre, storytelling, films and visual arts to examine how we adapt to new places, what makes us feel we belong and what happens when we don’t.

After a successful debut in 2015, MANIFF has grown exponentially ever since. Opening with German film TRAUMFABRIK, a luscious romance set in 1961 Berlin and part of the 2020 festival’s German showcase, this year promises everything from indie archive classics to world premieres before closing with a preview screening of BILLIE; a documentary about the legendary jazz singer Billie Holiday. Other film fests include the monthly IndieFlicks and shorts institution Kinofilm.

Celebrating the booming digital economy in the North and beyond, this (largely free) festival comprises a two-day expo plus masterclasses, networking opportunities, workshops and more. Featuring an impressive array of industry leaders - including Google, Boohoo, IBM, Unilever, The Very Group, the Co-op and Social Chain - it promises valuable insights into the worlds of creative, marketing and technology.

Manchester Irish Festival will be upping the craic again this March, as it returns for another jig around venues citywide. Confirmed events include the St Patrick’s Parade, now in its 30th year, and the Irish market.

Founded by acclaimed local photographer Simon Buckley in 2016, this quirky arts fest has become an annual staple. Inspired by Buckley’s year-round Not Quite Light project, in which he takes ethereal photos of the city before sunrise - often focusing on themes of heritage and restoration - NQL Festival includes art, music, guided tours, architecture and debate. This year’s theme is ‘connections,’ promising everything from blindfolded dinners to discos in Tesco. All proceeds will go to disability charity Henshaws.

Update March 2020: Not Quite Light Festival has been postponed

Following a successful debut in Gateshead, this dynamic literary festival heads North West with over 60 events; all accessible and BSL interpreted, at least 25% of them free. From international icons to local mavericks, speakers span Simon Armitage and Emma Jane Unsworth to Stuart Maconie and Sir Ralph Fiennes. There’ll also be industry workshops and publishing showcases. Love literature? Check out Oldham Bookmark Festival too.

The weekend dedicated to all things chocolate is a well-known, fun-filled family event involving a cocoa-themed street market with artisan chocolatiers and bakers around the beautiful town of Ramsbottom. What's not to like? Other foodie fests this season include Rochdale Food & Drink Festival and Cheese Fest.

A free, interactive festival of exploration and experiments - and a great chance for kids to discover the fun behind science and engineering - this annual event is for young thrill seekers, space explorers and creative minds alike. Children can also try out the latest technology and meet friendly experts from across the STEM industries.

‘MPF is what happens when you sit three different promoters in a pub to discuss starting something where the bands we know and love can play to new people who would appreciate them’. Add in the likes of comedy and poetry stage, vegan nosh, punk cinema and pop-up record store = sell-out event. Bands headlining the 100+ strong line-up include Random Hand and The Flatliners. 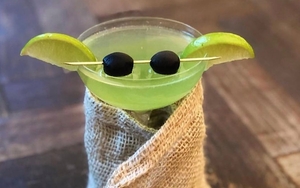