A new column looking at stories from the week just gone 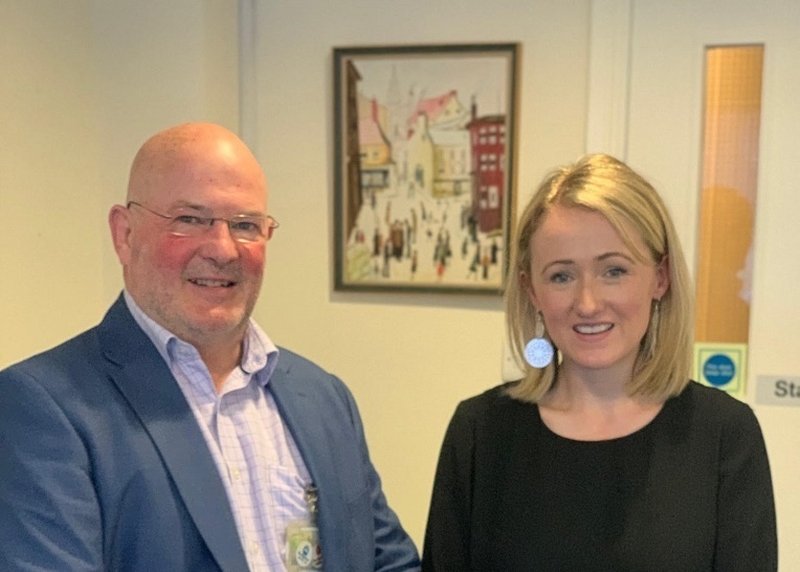 A nice one to start with. We learned that a trio of medical experts from Manchester have made a potentially revolutionary breakthrough for the treatment of brain tumours. Dr James Stuart (pictured above with Salford MP Rebecca Long-Bailey), Simon Cohen and Jan Cohen are part of the development team at Innovate Pharmaceuticals behind a new drug that could transform the future treatment of brain tumours. Apparently, the major cause of treatment failure in patients is resistance to targeted therapies. Pre-clinical trials of the new drug have demonstrated its ability to sensitise tumours to the latest generation of treatments, plus a capacity for the drug to prevent tumours from acquiring resistance at all. This should dramatically improve the success of treatment for this particular cancer. This city is a city of firsts and it's good to add to the list. 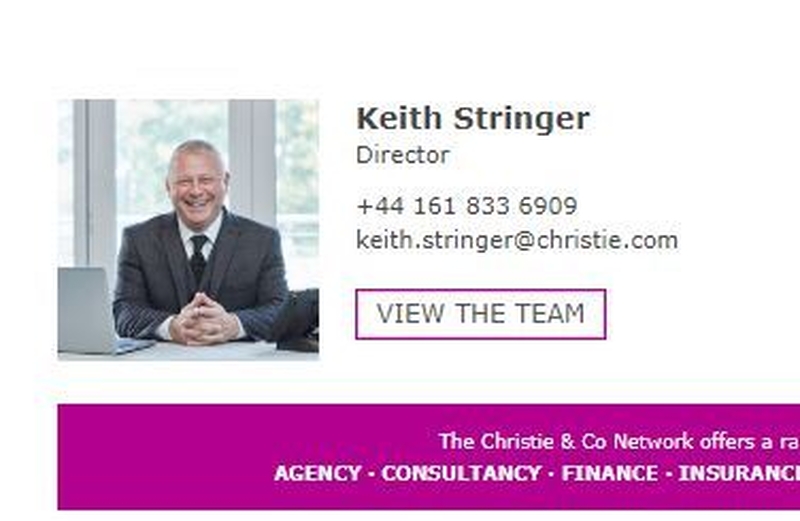 Sunday - How much for that pub?

The Lower Turks Head pub and the adjacent Scuttlers bar on Shudehill went up for sale at an eye-watering £2.5m. Ok, there's a good turnover of £220k, and bedrooms and bars, and a prominent location, a hop, a skip and a jump from Shudehill Transport Interchange and the Metrolink stop, but £2.5m? Then we learn that that is a reduced price, the original was £450,000 higher. Good God. The funny thing about this is that me, and my brother, Charles, walked past the Lower Turks Head in the late nineties when it was closed and boarded up and saw an asking price of £35k or £37k for it. We didn't think it was worth it. Doh. Anyway, pictured is one of the directors of Christie & Co, the estate agent, which is selling the pub. It comes from the press release. Keith seems to be enjoying that price tag a lot. 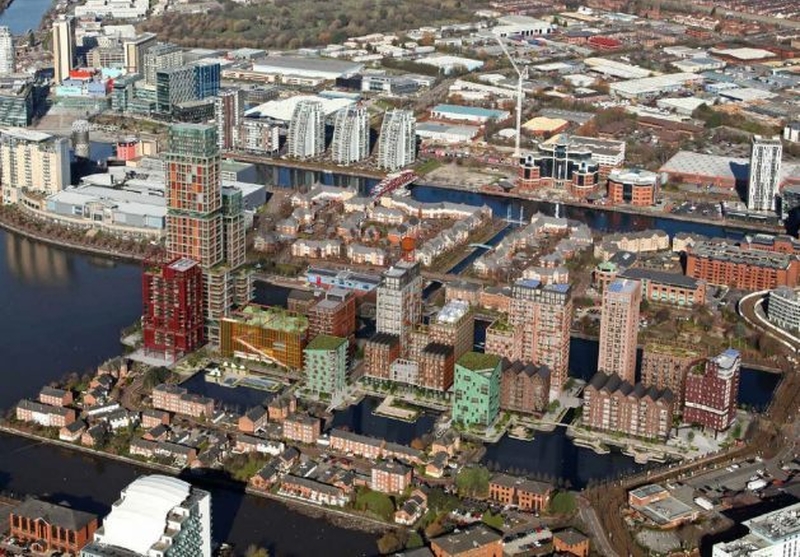 Salford is to soar as plans for two 'flagship' towers were announced for the Quays. The tallest will be 48 storeys, so higher than Beetham Tower, if considerably shorter than Deansgate Square's 60 storeys. The towers will contain 496 apartments for private sale between them. There will be other buildings as well, as this is a huge plan on Pier 7 of the Quays. There will be also, be a 'block of 169 apartments for private sale, and another of 293 rental apartments; a hotel of 235 bedrooms; a smaller building of 19 apartments; harbour baths and floating gardens; and a 414-space car park with a public rooftop play area. Outline permission is sought for the two largest towers, along with three further residential blocks of 298, 114, and 35 apartments, and a 250-bedroom hotel.' There are three architects involved: Studio Egret West, Studio Partington and Carey Jones Chapman Tolcher. A closer examination of the graphic shows the towers are seemingly based on shipping containers stacked on one another. Perhaps apt given the location as several people have noted. Let's hope the developer didn't get any ideas about future use from this awful story on the BBC. 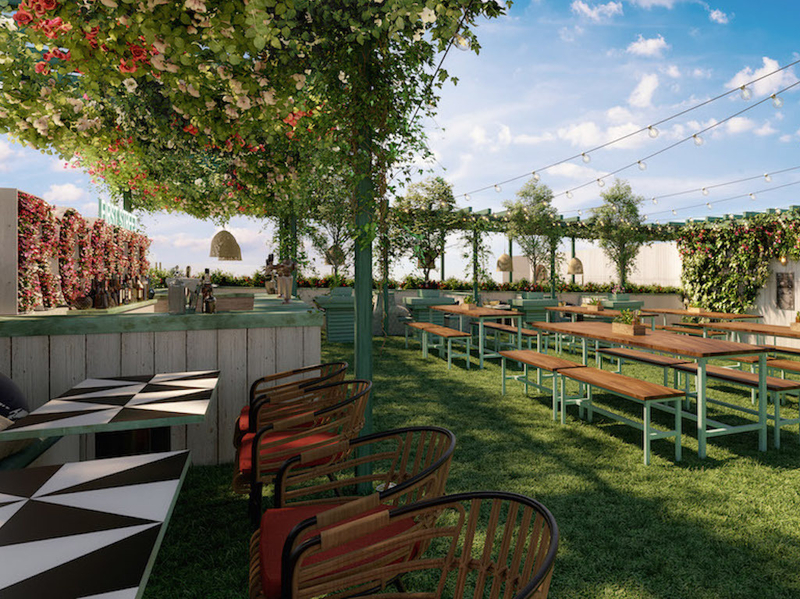 Confidential likes to think it's way ahead. In 2013, we proposed that the often underused top floors of multi-storey car parks should become cafe terraces. This was our article. Now, of course, somebody’s nicked our idea. As another article this week revealed: ‘The appropriately titled company, Roofff, is set to be an 11,000 sq ft tropical sky garden, with three bars and eight different food stalls to choose from.’ It will sit on Q-Park next to HOME arts centre. The funny thing is in our original article, Sean Fenney, then business manager at NCP said: ‘We love the appreciation for great views from the top levels of our car parks. NCP is always open to ideas and would be more than happy to discuss the idea of a pop-up coffee shop on our site.  We would willingly meet with companies that are looking to do this and discuss it over a large cappuccino.’ Wow, we thought, result. Then a two hours later Fenney rang back to say, sorry, didn't clear this properly, we can't do it as 'the top levels of our car parks are extremely high and we do not want to risk danger to any of our customers'. Height often occurs at the top of things, we've noticed. In 2019, it seems, Q-Parks have seen sense. Confidential is claiming all the credit. 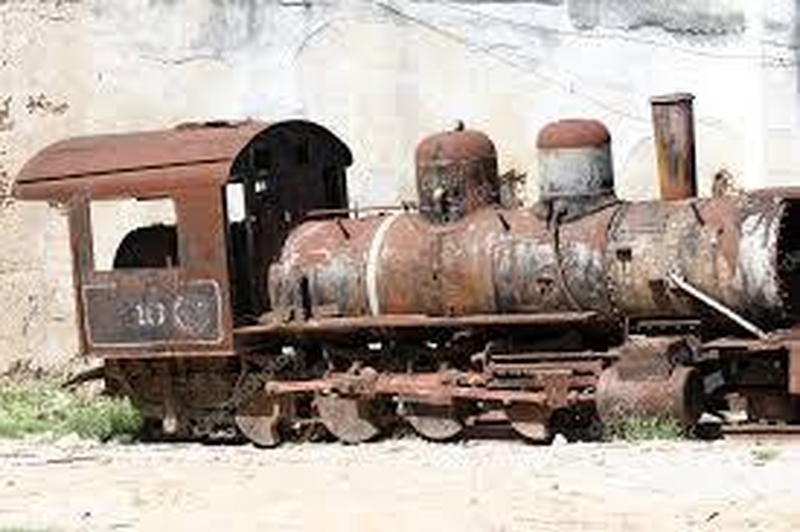 The government announced a review into HS2, the high speed rail link between London, Birmingham and us lot up here. Grant Shapps, the only cabinet minister named after a G&T, is going to give a "go or no-go" decision by the end of the year. Billions have already been spent and the costs may have spiralled from £30bn to more than £80bn (- a similar thing often happens on Confidential nights out.) HS2 is projected to link London to Birmingham by 2026 and reach Manchester and Leeds by 2472, or something. The review decision sent shivers through mayors and business leaders, GM Mayor Andy Burnham said, 'oh no', someone from the CBI said, 'damn', but Confidential says, put it on hold and pour the money into the so-called HS3 and link all the cities along the M62. Much better value for money, will lift the economy of the whole North of England, put some juice into The Northern Powerhouse. What will probably happen, though, is that favourite dish of the nation's infrastructure planning, British fudge. Thus the northern rail link might get some money but not enough and HS2 will probably be scaled back so it's not worthwhile completing.

Pride is back. And look the city has become festooned with rainbow flags, in a massive weekend outbreak of tolerance, good will and large international companies virtue signalling. Confidential is particularly looking forward to the Fetish Emporium: ‘a place of pleasure and exploration, whether it’s erotic or leather’. Guests are ‘invited to contact with local fetish communities, watch demos in bondage and Shibari rope tying from our experts.’ Marvellous. Bondage demos. What could be better. We're going to strap ourselves in and enjoy the ride. The event takes place at The Indoor Arena, The Gay Village Party. Helpfully, at the end of the promotion on the website, there's a final sentence, which reads: ‘Please note, The Fetish Emporium is 18+’. Just in case you felt like taking the kids, eh? 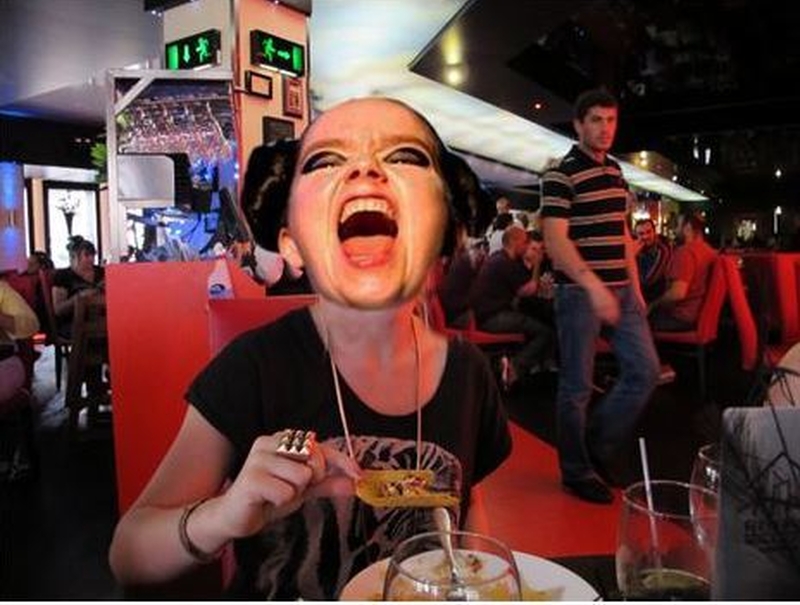 Friday - a sweet gesture and the finest food review ever written

The MEN reported how Shauna WIlson went to Cosmo all-you-can-eat buffet restaurant on Deansgate with her family. It was her 21st birthday and much to her surprise, delight and eternal gratitude, a stranger sitting on the next table paid the £142 bill after learning of the celebration. Confidential applauds that lovely and generous gesture. Yet, how many people were dining with Shauna? £142 in Cosmo, the former Red Hot World Buffet, means there must have been at least 200 of them. The funniest food review in the long annals of human history was written by Confidential in 2011. This was a review of Red Hot World Buffet during that year's Manchester International Festival, and featured as guest reviewers Snoop Dogg, Bjork, Damon Albarn, SInead O'Connor. It was the world's first photomontage review and here it is.

Meanwhile, PM Boris Johnson came back from Germany and France empty-handed with some vague promises and still holding that bill for £39bn. Unlike our generous benefactor at Cosmo, if he doesn't get his way by October 31, he's promised the 27 other diners at the EU smorgasbord, he's going to do a runner.

Candidates for the next Mayor of Manchester have been announced