Tales of Piccadilly: Store Street, a stinky brook and a fighting pooch

From fields and scandal through fire, industry, rail and canal, via famous sportswear and traditional pubs, the area around Doubletree by Hilton’s new bar Store Street Exchange has had it all. Here are a few stories associated with the area:

Money can buy you love

The two principal streets behind the hotel are named Aytoun and Minshull. They are named after Barbara Minshull and Roger Aytoun. Aytoun came to Manchester from Scotland in 1769, he was 6ft 4”, handsome and in full military uniform (even though he wasn’t in the army). At Kersal Races in Salford he wooed Barbara Minshull, one of the wealthiest people in the North West, owning much of the land in Manchester, including that which the Doubletree stands on. Three weeks later they married. It was a scandal. Aytoun was in his twenties, Minshull was 65. She survived another fourteen years. During this time, and subsequently, Aytoun squandered Minshull’s fortune on wine, women and recruitment. Finally his military aspirations were met when he raised a Manchester volunteer regiment which fought at Gibraltar in the wars with Napoleon. One of Aytoun’s recruitment methods was brawling in pubs. If the fight was won the loser had to join his regiment. Aytoun gained a nickname from this, ‘Spanking Roger’.

Straddling Britain with the Rochdale Canal

Rochdale Canal borders Auburn Street to the north east of the hotel. The canal was opened in 1804 and connected Castlefield in the city with Sowerby Bridge in West Yorkshire. By linking with existing waterways on either side of the Pennine hills it became the first navigable link between east and west coasts in Great Britain. Goods could now be transported from the Irish Sea to the North Sea. The canal is only 32 miles long, but because of the hills it has to traverse, is one of the most time-consuming to travel in proportion to its physical length. There were originally 92 locks. The highest point at the aptly named Summit between Rochdale and Todmorden is 600ft above sea level, one of the highest canal summits in the UK. The canal cost the immense sum, for the time, of £270,000, but was a big success. In 1845 it handled 979,443 tons of trade, now tourists navigate its length.

Shooters Brook and a character change

When the hotel site was put up for sale in 1823 there was another watercourse nearby aside from Rochdale Canal. Close to where the present Metrolink tramlines cross London Road, there was the delightful stream of Shooters Brook. In the eighteenth century courting couples would wander along the stream through woods to the River Medlock. On summer nights lanterns would be hung in the trees. There were jolly picnics. It was idyllic. Of course, times change. By the middle of the nineteenth century the area was choked in industry and activity and the stream had become heavily polluted. Shooters Brook was renamed Shitters Brook. It stank and was hidden in a culvert. London Road meanwhile had become a centre of entertainment and markets.

When Angus Reach reported on London Road in 1849 for the Morning Chronicle it was party central come Saturdays. ‘Itinerant bands blow and bang their loudest; organ boys grind monotonously; ballad singers or flying stationers make roaring proclamations of their wares. The street is one swarming mass of people. Boys and girls shout and laugh and disappear into taverns together. Careful housewives - often attended by their husbands dutifully carrying the baby - bargain hard with the butcher for a halfpenny off in the pound. From byways and alleys and backstreets, fresh crowds every moment emerge. Stalls, shops, cellars are clustered round with critics or purchasers – cabmen drive slowly through the throng, shouting and swearing to the people to get out of the horse’s way and occasionally, the melodious burst of a roaring chorus surging out of the open windows of the Apollo Music Rooms, resounds loudly above the whole conglomeration of street noises.’

First there was Travis Street rail station in 1840 but that was only temporary. The first permanent station was Store Street in 1842 located more or less on the site of the present location. Store Street was renamed Manchester London Road in 1847 and then Manchester Piccadilly in 1960. The first operator was the Manchester and Birmingham Railway and the first line only ran as far as Heaton Norris, four miles or so south east. For a short time, passengers then had to take a coach and horses down the steep valley of the River Mersey, across the river, to a connecting station on the Cheshire side. The famous Stockport Viaduct of 22 arches made this unnecessary. In 1849 the Manchester South Junction and Altrincham Railway opened and led south west from Manchester London Road. This line was one of the first truly commuter rail lines in the world. Before its construction the present dormitory communities of Hale, Timperley, Sale and to a lesser extent Altrincham, didn’t exist in any meaningful manner.

By 1841 a large portion of the Doubletree site was occupied by ‘Mr Gibbon’s nail manufactory’. Across the Rochdale Canal, where the Malmaison now resides, was the huge Manchester and Liverpool Union Company’s Warehouse. One Sunday in December 1841 fire broke out in the latter building. The warehouse turned into an inferno and the flames leapt the street into Gibbon’s factory. The charmingly named fire appliances of Niagara, Water Witch and Vesta attended. The Union Warehouse was devastated with walls being demolished to prevent fire spreading and although there was no loss of life, the material loss was huge. Messrs Patchett and Jones alone lost 2,000 bags of cotton. Gibbon’s factory was saved through the prompt action of the fire brigade and the only losses he suffered were largely through water damage rather than fire. A family asleep on a canal boat on Rochdale Canal adjacent to Gibbon’s factory had a lucky escape with father, mother and son having to jump into the water to save themselves from the flames running through their boat.

In a pub now long gone from London Road there was once a celebrity dog. He was a Manchester Terrier and a natty dresser. He would sport a sharp little cap secured under his jaw, sit on a stool at the end of the bar and sip beer from an ashtray. He was a celebrity ratter, his fame being denoted by the honour of a first and second name. This dog was called Teddy Wells. Before satellite TV and sports on the screen one pub pastime was to release a sack of live rats in the pub yard and time a dog on how long it took to kill a given amount of the rodents. In the 1890s Teddy Wells killed 30 rats in 26.5 seconds, which was deemed a national record.

For many years the site of Doubletree was the headquarters and the showroom of ER Buck & Sons, the company behind Bukta sportswear. The founder, Edward Buck, was originally from Carlisle but prospered with his move to Manchester. He lived in Whalley Range in the city and was famously hard-working - his wife was probably even harder-working. Together they had thirteen children, eleven boys including a set of triplets, and two girls. The company produced cricket, tennis, boating and swimming kits. In terms of sportswear ER Buck & Sons’ big claim to fame is the production of the world’s first printed striped football shirt, with Nottingham Forest becoming the first to wear them in 1884. Manchester United would later wear Bukta shirts, as would Ajax in the 1970s when captained by Johann Cruyff and winning three European Cups. The company also provided the first scout uniforms in 1907 and even parachutes in World War II.

The Coach and Horses and TV deals

A famous pub once sat on the west side of London Road. This was the Coach and Horses pub. The attractive building dated back to the early nineteenth century. Rumour has it that Karl Marx would get off the train at London Road Station (now Piccadilly) and meet his chum, and co-author of The Communist Manifesto, Friedrich Engels, in the pub. One regular recalls a conversation with the landlord Bill O’Reilly who operated the pub as a freehouse. Bill was proud of his beer selection, but on one occasion locals were puzzled by his decision to include a particularly bland beer on the bar. They asked him why. “The brewery gave me a TV,” was Bill’s laconic reply which settled the question. 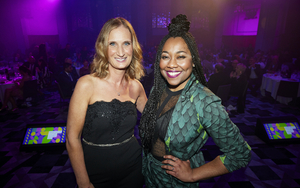 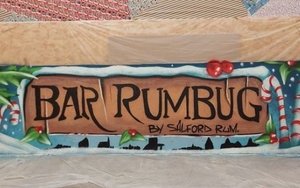 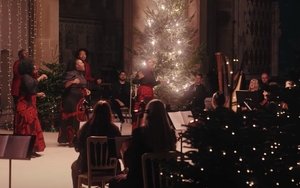 Top things to do in Manchester for December, Xmas and New Year 2021
● / News & Comment 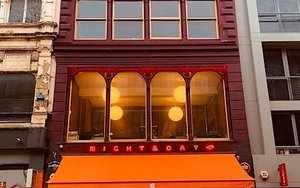