With 91 ethnic groups, and almost 200 languages spoken, it’s apt that Manchester’s first event as UNESCO City of Literature will celebrate diversity. Themed on International Mother Language Day, a worldwide initiative held annually to promote multilinguism and linguistic cultural identity, the series runs from 20-26 February and marks the importance of languages to Manchester through its vibrant writing scene.

After lodging its bid June last year, Manchester was officially announced as a City of Literature in October. The scheme was developed by UNESCO (United Nations Educational, Scientific and Cultural Organisation) and supports 28 cities over six continents to enhance their literary landscape.

Upcoming projects for Manchester include a libraries festival, outreach workshops and musical storytelling. But first up is a (largely free) celebration of International Mother Language Day, which takes place officially on 21 February.

The Manchester Writing School at MMU will be hosting Zahid Hussain and the Manchester Muslim Writers, as they present Urdu-speaking poets for the university’s first ever Mushaira: a traditional poetry symposium and forum for free expression. Poetry will be performed in Urdu and in English.

Poets from Commonword, a local writing organisation and publisher, will read from their work in the former home of Elizabeth Gaskell - celebrated nineteenth century author of classics like North and South and Cranford - in an evening of translation and linguistic creativity. Poets include Fereshteh Mozzafarri (Farsi and English); Shirley May (Jamaican national language/patois and English) and Shamshad Khan (Urdu and English, tbc).

Jennifer Nansubuga Makumbi will be in conversation with Ellah Wakatama Allfrey, London-based editor, for this Literature Live event at the Centre for New Writing. A Ugandan novelist and short story writer, Makumbi won the 2014 Commonwealth Short Story Prize for Let’s Tell This Story Properly. Her first novel Kintu is a multi-layered modern classic that explores Uganda’s national identity through the cursed bloodline of the Kintu clan.

Mary Jean Chan, André Naffis-Sahely, David Shook and the Poetry Translation Centre will be hosting free workshops; attendance is free but places are strictly limited and subject to advanced booking. The full programme of sessions will be circulated to attendees ahead of the day.

Mariko Nagai is a poet, novelist and photographer whose latest book Irradiations presents the contemporary life of four Japanese cities, each marked by catastrophe. Richard Lloyd Parry’s acclaimed Ghosts Of The Tsunami is an account of the 2011 Japanese tsunami and its devastating wake. Together the books present a poignant picture of Japanese society today in this Literature Live event, chaired by author and journalist Rachel Cooke.

All activities are free of charge

What you say
Got an account? Login, to comment/rant.
0 Opinions
Read Next
● / Kids 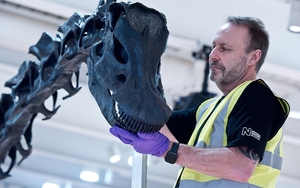 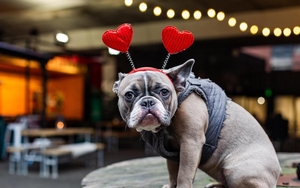