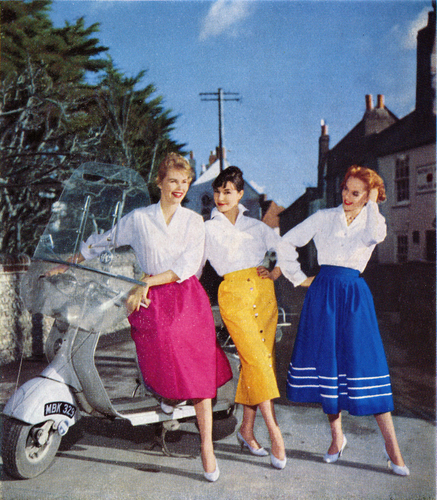 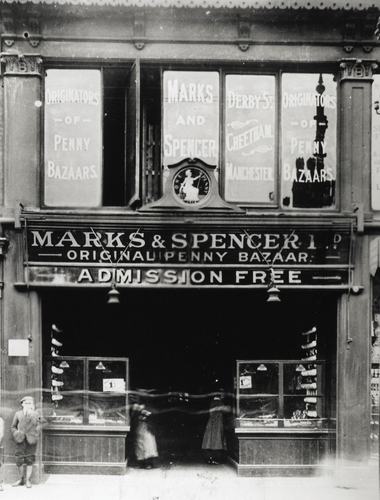 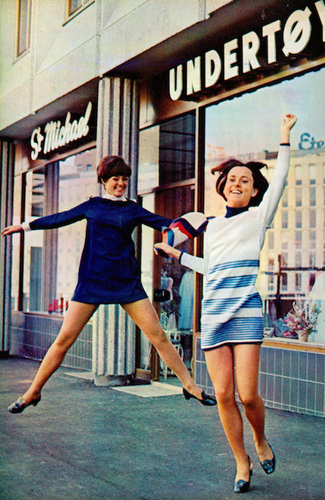 From the sixties teeny-weeny mini skirt to the seventies super-sized flares, M&S has sailed through the fads, fashions and faux-pas for over a century, celebrating 130 years of trading this year. The international retailer first started as a small market stall in Leeds in 1884, before it switched homes to Manchester at the Warrington Street Market Hall in 1890. As the market stall business expanded, the company opened their first ever Penny Bazaar shop at 20 Cheetham Hill Road in 1894 where founder Michael Marks and his family lived.

This weekend, visitors will be invited to step back in time with a pop-up event that celebrates the trends of yesteryear and M&S’ rich heritage. Customers will be able to admire rare examples of vintage clothing including the 1950s New Look-style skirt and a 1970s flared suit from the M&S Archive collection, as well as try on an assortment of vintage garments from M&S’ handling collection. Photographs, catalogues and documents will help bring the M&S story to life and illustrate how Manchester influenced the rise of the retailer.

Photographs, catalogues and documents will help bring the M&S story to life and illustrate how Manchester influenced the rise of the retailer.

M&S archivists will also be on hand to chat about all aspects of M&S’ history, from the very first Penny Bazaar market stall to the latest ranges, including popular styles of past decades.

Katharine Carter, M&S Archivist, said: “M&S has an amazing history in Manchester, going as far back as the 1880s, and everyone has their favourite M&S memory or product, so we are delighted to be bringing our pop-up Archive to the Trafford Centre on 17 June. The event is a wonderful and rare opportunity to explore the fascinating history of fashion at M&S and take a closer look at key trends from decades gone-by.”

Over a century of trading has made the retailer encounter more than just the questionable fashion fad. During WWII, the original Market Street store survived the city centre air raids and welcomed back enlisted employees, including Donald Gould Bradford, a highly decorated soldier whose impressive exploits included capturing 61 enemy ships, being sunk twice himself, and surviving alone at sea for nineteen days. In 1996, the second Market Street store was destroyed in the IRA Manchester bombing, a devastating truck bomb that injured over 200 people. Just four and a half months later, two temporary stores were officially opened by Sir Alex Ferguson in defiance of the terror attack.

The Trafford Centre pop-up archive event will take place from 10 am until 9 pm near M&S on the ground floor of the Trafford Centre and booking is not required. Pop-up goers are invited to share pictures from the event using the hashtag #MandSHeritage.