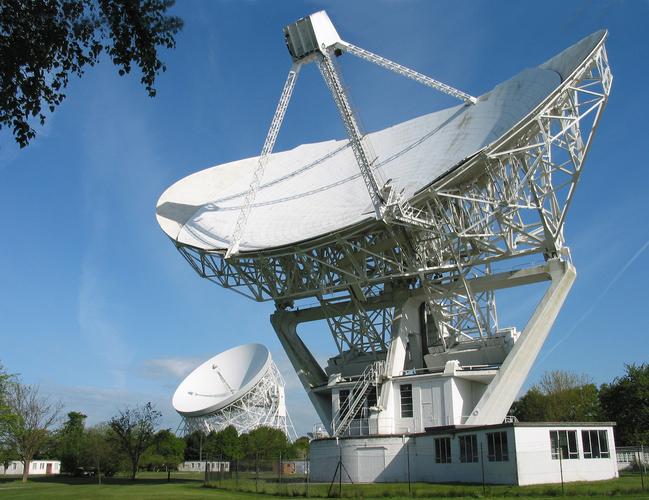 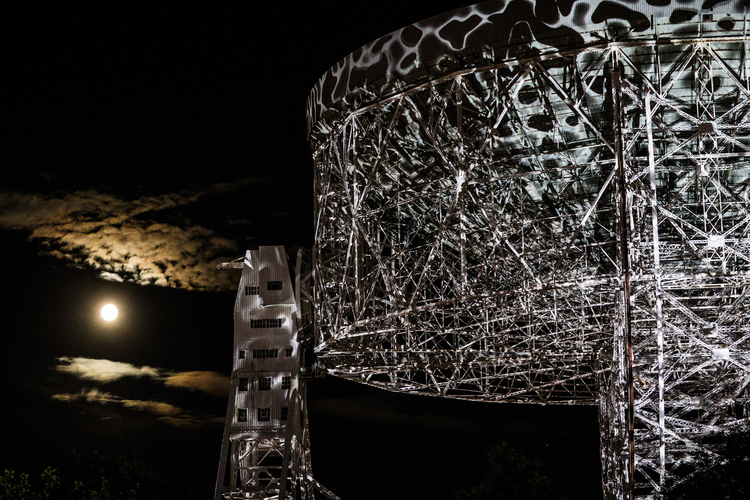 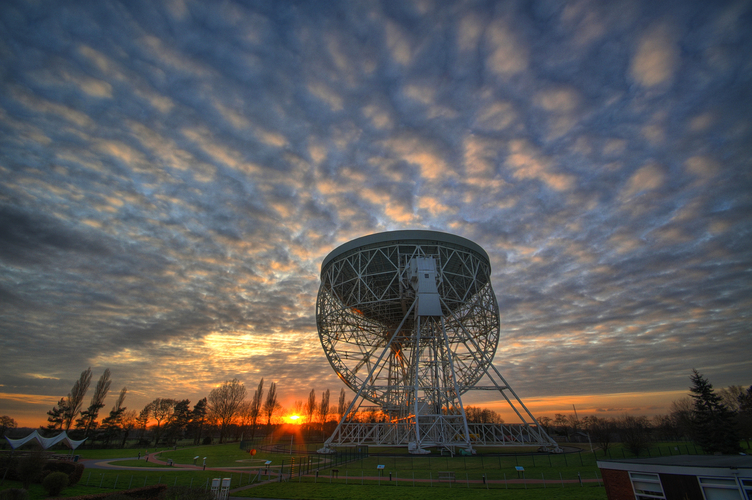 Five more structures also given listed status at the landmark observatory, on the 60th anniversary of the Lovell Telescope’s ‘first light’

When Sir Bernard Lovell found his research on cosmic rays disrupted by electrical interference from Manchester tram lines in 1945, he moved operations to what is now known as Jodrell Bank; back then, an outstation of Manchester University’s Department of Botany. Four years later, having successfully detected radio waves from the Andromeda Galaxy, Lovell decided (as you do) to construct a 250-foot steerable namesake telescope; using, amongst other things, recycled gun turret mechanisms from retired battleships.

Serious debt gave way to successive triumphs and the 3200-tonne structure ultimately became a ‘space race’ forerunner - even tracking Sputnik 1 at the dawn of the space age and playing a discreet warning role during the Cuban Missile Crisis.

The world’s largest when it opened in 1957, the Lovell Telescope was Grade II listed in 1988 and continues to play a significant role in both scientific research and - more recently - popular culture, hosting the main stage at Bluedot festival.

Now, on the 60th anniversary of the Lovell Telescope’s ‘first light’ (the point it was first used to collect radio signals from the Universe), six of its fellow Jodrell Bank structures have been listed by the Department for Digital, Culture, Media and Sport on the advice of Historic England.

The Mark II Telescope - the site’s second large-scale fully steerable radio telescope - has been given the highest grade listing, while structures listed at Grade II include: the 1949 Park Royal Building, which operated as the control room for the Transit Telescope and ultimately the Mark II; the 1949 Electrical Workshop, one of Jodrell Bank’s earliest purpose-built research and teaching buildings; the Link Hut, built to investigate ‘cosmic noise’; the Control Building, constructed in 1954-5 to manoeuvre and interpret the pioneering Lovell Telescope; and the Remains of the 71MHz Searchlight Aerial. Developed in the mid-1940s by John Atherton Clegg, who amassed an extensive knowledge of radar aerials during WW2, this helped Lovell track meteor showers and transformed his future career from physicist to renowned astronomer.

Heritage Minister John Glen said: "Jodrell Bank has been at the forefront of scientific research for more than 70 years and is known around the world for its important role in developing our understanding of the Universe. These listings will protect and celebrate the heritage of this significant site and help inspire the next generation of scientists and astronomers."

Crispin Edwards, Listing Adviser at Historic England, said: “Jodrell Bank is a remarkable place where globally important discoveries were made that transformed radio astronomy and our understanding of the Universe. We are celebrating the history of the site and its impact on the world by increasing its recognition on the National Heritage List for England.”