Jigsaw clothing is not new to British retail. The company has been designing, manufacturing and retailing clothes since 1972, and it’s still under the ownership of the original founder.

What is new though, is the menswear department at Jigsaw’s Manchester store in The Triangle.

No two Jigsaw stores are the same, with each designed to be sympathetic to the original architecture of the building in which it’s housed, and the Manchester branch is a perfect example of why this philosophy works.

“Charming as the menswear floor may be, for the amount of space that was available, the range is incredibly small”

The focus is on desirable high quality clothing, or how Jigsaw put it, ‘beautifully cut wardrobe classics with on trend elements.’

There’s nothing too bold or too controversial going on here. But for the staple items every wardrobe needs, you’ll be more than covered. 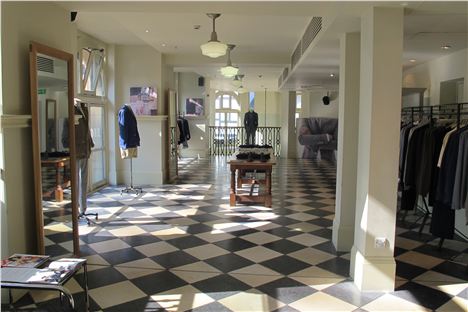 Shirts cost between £75 and £95, with the knitwear going for about the same. Trousers will set you back three figures, and most outerwear costs over £200. There’s also plenty of blazer action at between £150 and £250.

An untrained eye catching a glance at the Jigsaw draped man may be mistaken into thinking he’s covered in clobber from Next. But look closer. This gear fits far too well to be from Next, and there’s no grotesque patches sewn on anywhere.

Jigsaw, then, is for the contemporary gentleman. He’s fashionable, without really having neither the confidence nor the desire to force it, but he’ll drop a set of suede brogues without a moment's pause if he wishes. 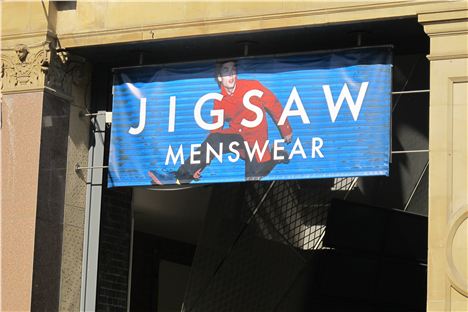 The store is tremendously spacious and handsomely designed.

The menswear lives on the top floor, and can either be accessed through the main door in Exchange Square – requiring an ascent of the rather impressive original staircase – or via it’s own entrance on the second floor of The Triangle.

As a brand, Jigsaw has expanded to over 40 stores in the UK over its forty years of trading, but the menswear department is still new ground for this Manchester boutique.

There was nobody in there when I visited at lunchtime, but it has only been open for a week, and the launch party to drum up publicity takes place later this week. 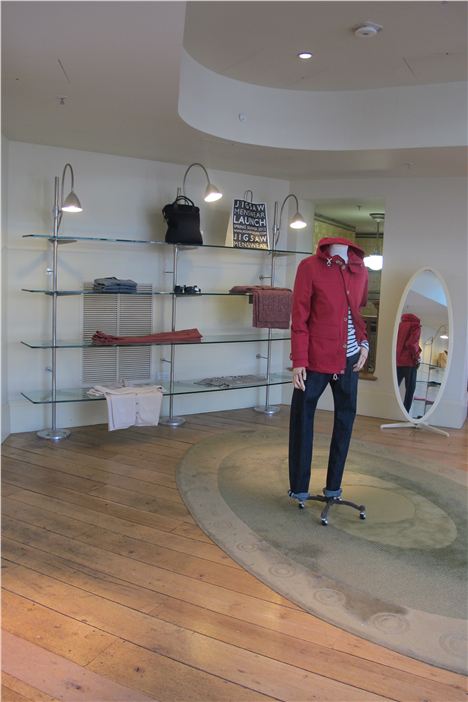 For contemporary, well-made classics, albeit at prices that match the quality, Jigsaw’s new department is a nice addition to the menswear market in Manchester.

My only gripe is that the store feels a little like style has been chosen over substance.

Charming as the menswear floor may be, for the amount of space that was available, the range is incredibly small. Despite all the natural light the enormous windows bring in, the stylish furniture, and the original iron railings, most male shoppers will be in here all of ten minutes before the entire range has been browsed and it’s time to move on. 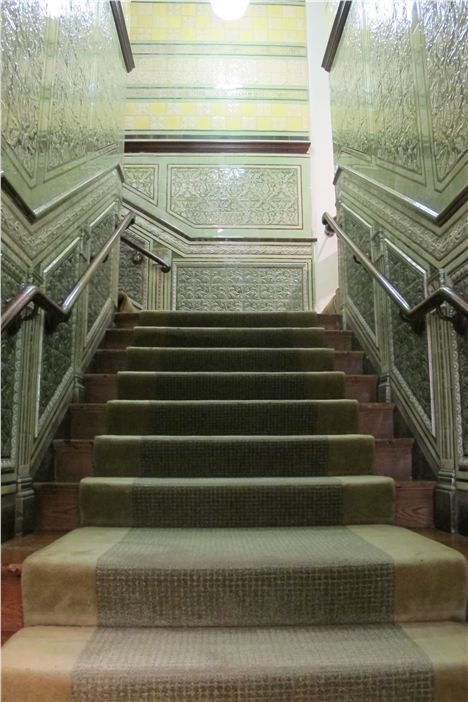