Hulme Gave Birth To Football In The Region

MANCHESTER’S football history has been rewritten with the discovery of what is believed to be the region’s oldest Association Football Club.

"The re-discovery of Hulme Athenaeum challenges that perception. This was a club aimed at the working man."

Previously, it was believed that Turton FC, founded in 1871, was the oldest club in Lancashire. However, researcher Gary James, author of Manchester: A Football History, has discovered a long-forgotten side, Hulme Athenaeum, whose roots go all the way back to November 1863.

The club was founded more than a decade before it was previously thought there were any formally organised football clubs in Manchester – in the same year that the London FA was set up, 150 seasons ago. 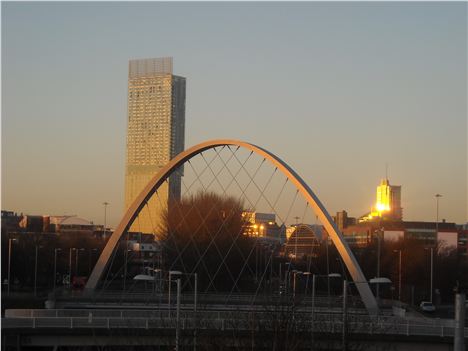 Gary James, who carried out his research at Manchester Metropolitan University’s Exercise and Sport Science department in Crewe, said: “The club was very much aimed at ordinary Mancunians, which was unusual for the time.

“While football now might be thought of as a predominantly working class sport, typically football clubs in the 1860s were founded by public schools who also set the rules. The re-discovery of Hulme Athenaeum challenges that perception. This was a club aimed at the working man.”

The findings of his research have been published in the latest edition of Sport in History in a paper titled: 'The Emergence of an Association Football Culture in Manchester 1840-1884.'

James, a member of the Sports & Leisure History Group at Manchester Metropolitan University, has been actively researching this period for over twenty years.  He uncovered the story of the club through extensive research at archives across the country. He says that in some ways we now know more about the nine years of Hulme Athenaeum’s existence than we do about the formative years of Manchester City and United. 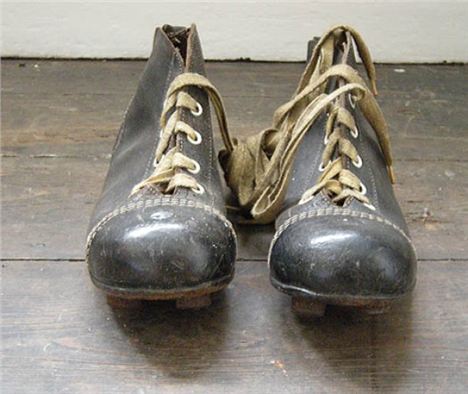 Boots made for early footballing giants

Because they were the only club in the area in the 1860s, Hulme Athenaeum were forced to travel to find opposition in Sheffield and elsewhere – and it was this position as trailblazers that may have ultimately led to their collapse in the early 1870s.

James said: “In the 1870s several prominent football clubs, most notably Turton, were developing in Lancashire and there was a very vibrant football culture, with lots of teams playing against each other, but in the 1860s that didn’t exist yet.

“With a lack of local competition Hulme couldn’t survive, and rugby remained the dominant sport in Manchester.”

Although their existence was short-lived, the side did contribute towards the growth of football culture in Manchester. Many Hulme members went on to help form the second club, Manchester Association FC, and remained involved in football via subsequent teams in Manchester.

In the mid-1880s, one of the Hulme Athenaeum founders, John Nall, was a key figure in the development of the game across the area, making a huge difference to the growth of football in the region.

James said: “It does help to explain Manchester’s interest in football – far from being a football desert in the 1860s the roots were there but it just took a little time to progress.”

As for Turton, the side previously known as the first in Lancashire, James adds: “Hulme’s story should not reduce the significance of Turton. Turton may not actually have been the first club, but they do remain very important pioneers in the development of the game.”

Councillor Rosa Battle, Executive Member for Culture and Leisure for Manchester City Council, said: "This groundbreaking piece of research is further evidence of what we have always felt, that Manchester is right at the heart of football's history and remains so to this day. The National Football Museum in the city tells that story in a vivid and imaginative way, but so do the scenes of players and specators every match day. This is a city with football in its blood."

Gary James will be talking about the formation of Hulme Athenaeum and the early years of Manchester football at the National Football Museum on Friday 28 March at 1pm. The talk is free but tickets must be booked in advance. Details here. 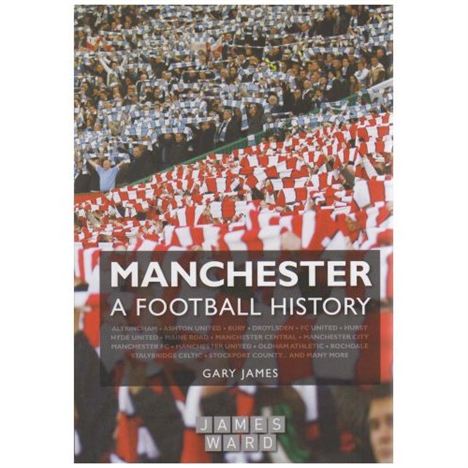