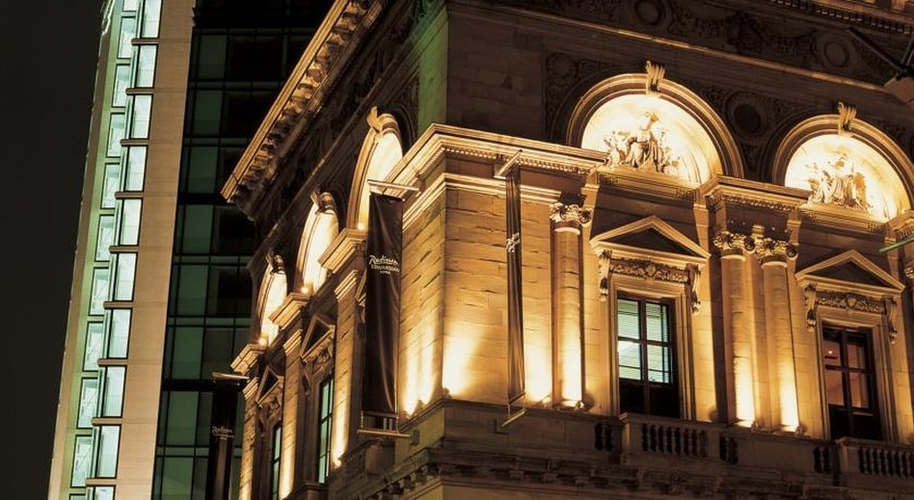 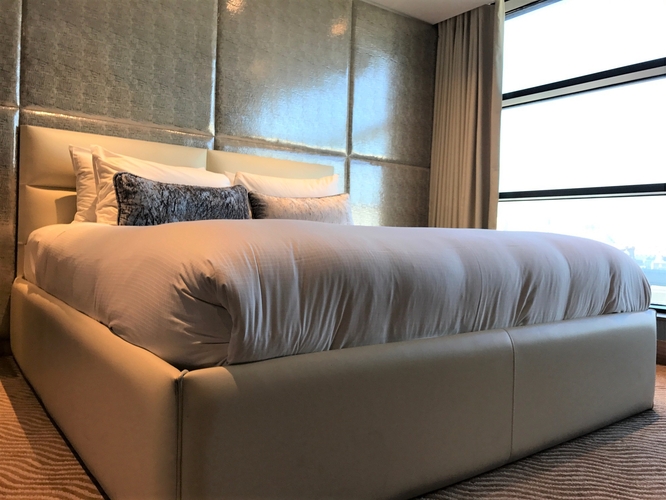 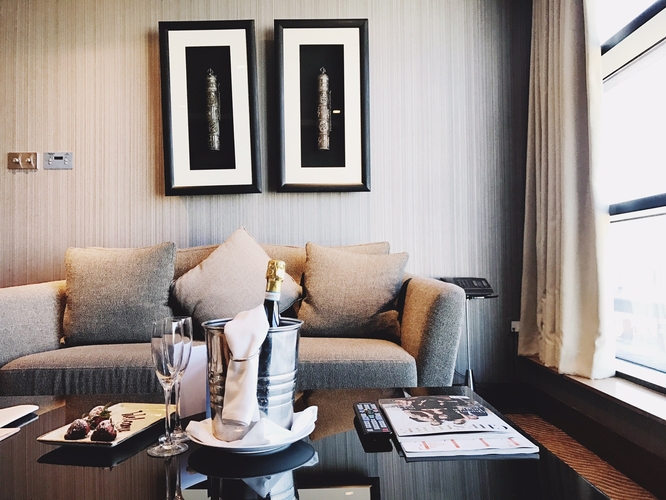 I’m staying in ‘the Dylan’ suite - this sparks activity here at the Radisson Blu Edwardian reception desk, as I'm met with impressed raised eyebrows. “She’s staying in the Dylan,” stresses a suited desk clerk to a porter with urgency. My luggage is swiftly taken from my hands.

‘Dylan’ sits on the lofty fourteenth floor of the five-star hotel, and is one of five speciality suites - ‘Ziggy’, ‘Fitzgerald’, ‘Valentino’, ‘Dylan’ and ‘Bassey’ - commemorating the hotel’s former life as concert hall and rock venue, the Free Trade Hall.

Music aficionados will likely recognise the Bob Dylan connection. In May 1966 the musician performed an infamous concert at the Free Trade Hall and was branded a ‘Judas’ after recently ‘going electric’. 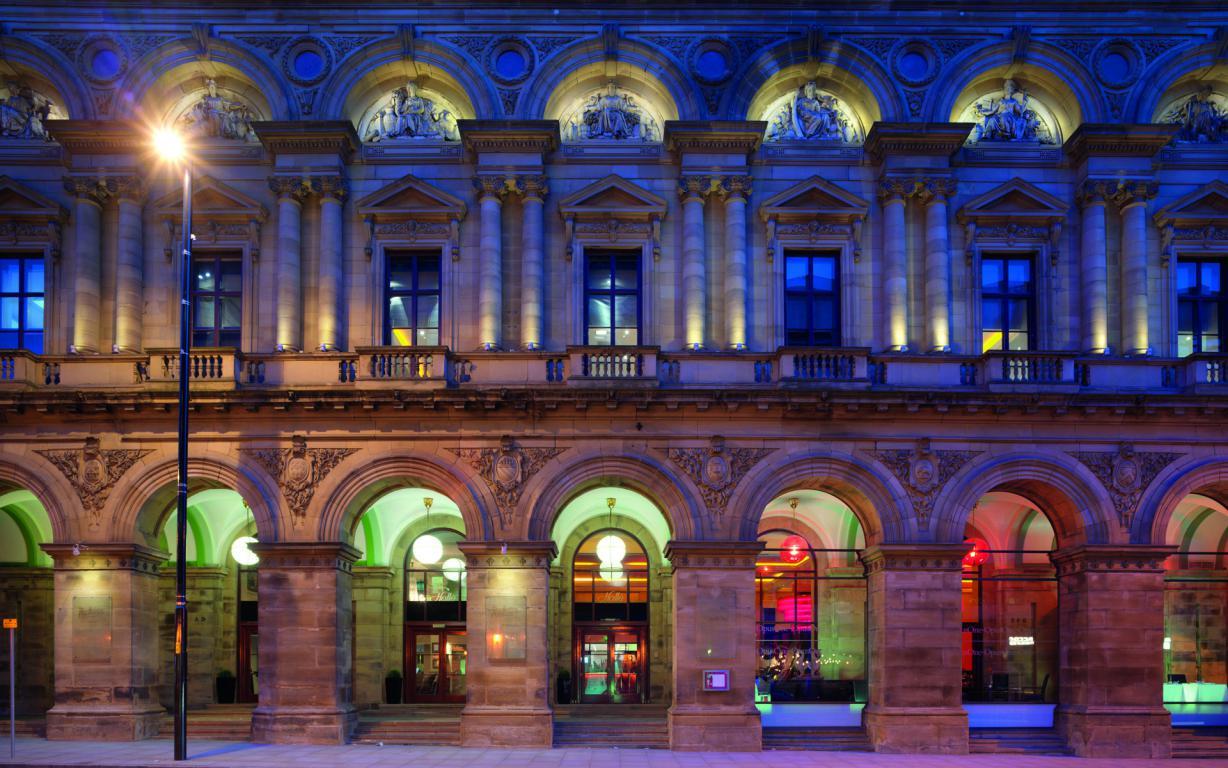 First built in 1856 to commemorate the repeal of the Corn Laws, the Free Trade Hall has been at the centre of life in Manchester for 160 years, though the building’s time as a rock venue is legendary; Pink Floyd, the Sex Pistols and even Abba have all played here.

For a night, I’m urged to ‘live like a Rolling Stone’ in the large North-facing suite, overlooking Manchester city centre via large floor-to-ceiling windows that provide a faintly telescopical view of the world below. From a giant, super-King size bed, I stare directly into the eye of the town hall clock. This Dylan suite is a stunner.

Jack, the enthusiastic porter, tells me Gandalf himself, Sir Ian McKellen, had stayed in this room. Actress Courtney Cox once stayed down the hall. “I rarely get star-struck, but it’s… it’s Monica from Friends,” he laughs. He casually names drops Justin Bieber and may have let slip that Little Mix threw a noisy party here when they stayed. Jack has seen a revolving door of celebrities. You can't help wonder what these walls have seen… 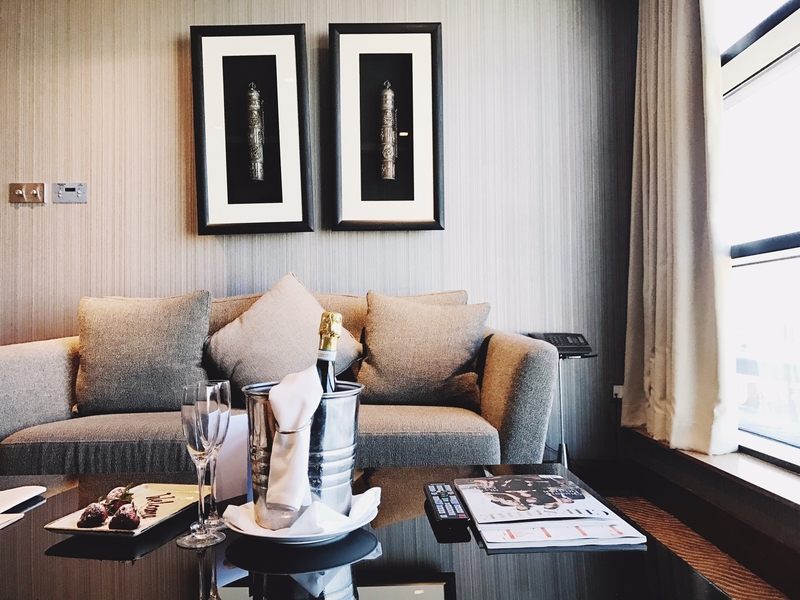 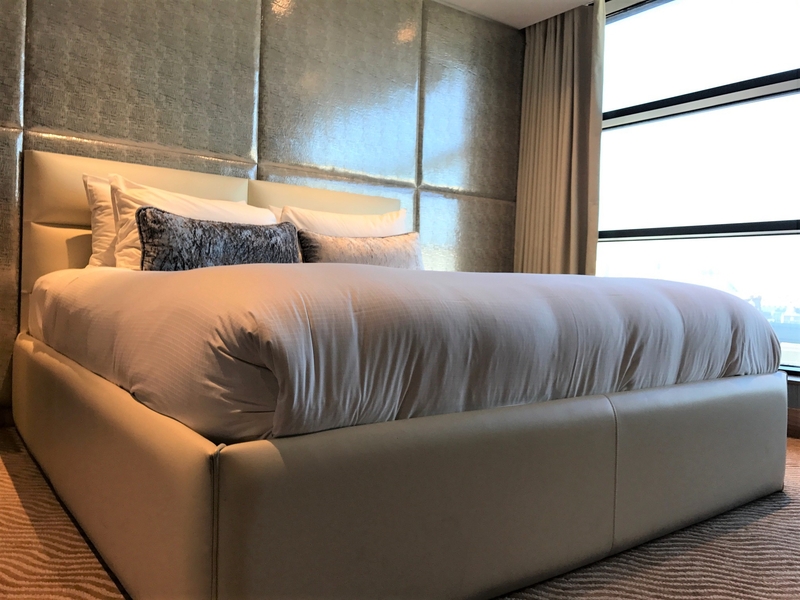 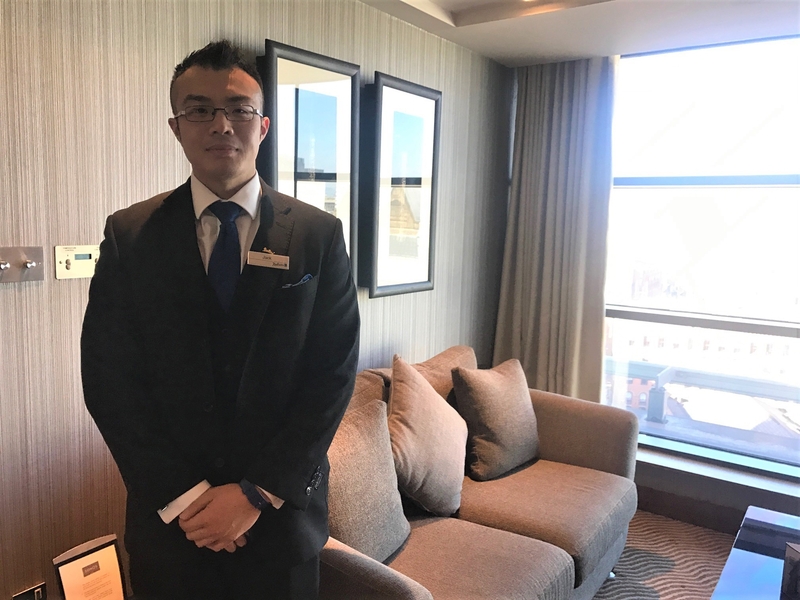 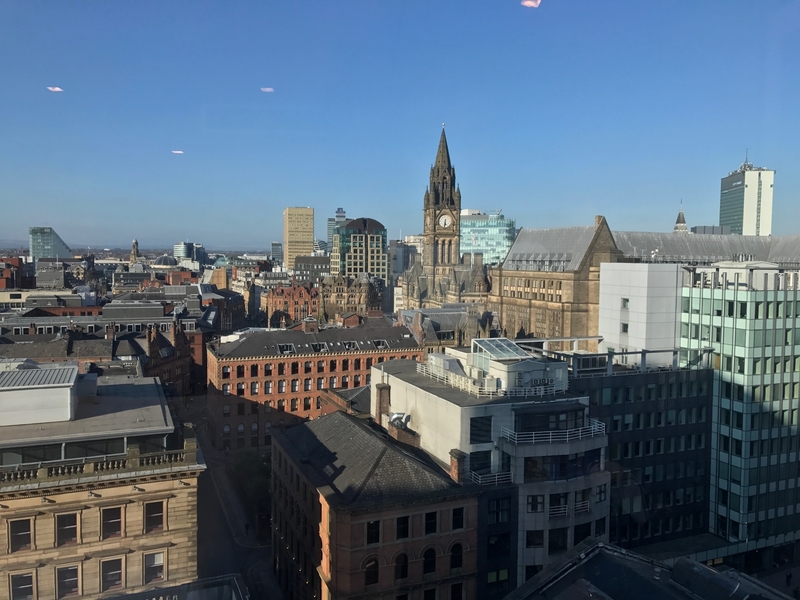 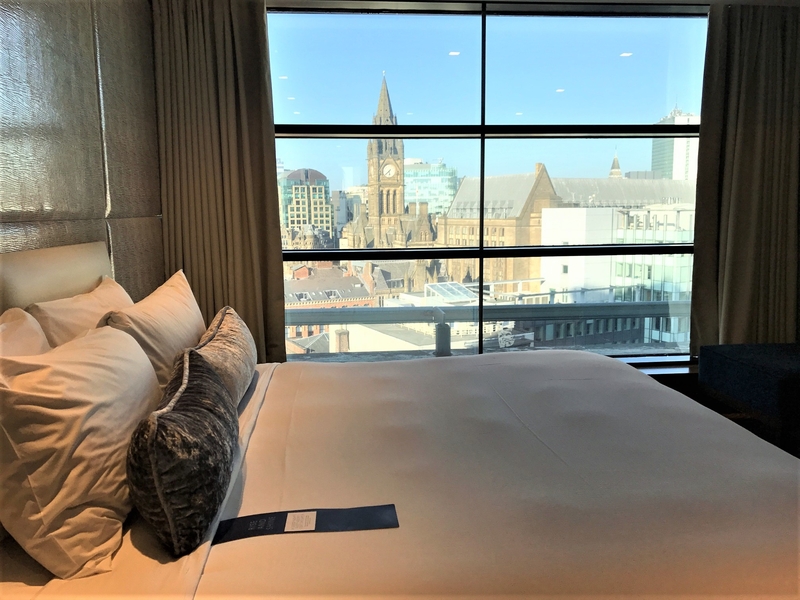 The impressiveness continues on into the bathroom, where a sizeable marble wet room features a large bath, a shower with jets and more towels than one person could possibly need in a weekend. Necessary add-ons include Prosecco, chocolate covered strawberries and an iPod in the wall linked to a surround sound speaker (it's almost as if they're urging you to have a party).

Lobster felt like an appropriate meal choice for this luxury hotel stay. Conveniently, Steak and Lobster is one of the hotel’s on-site restaurants (Opus One restaurant and bar is the other). Though, as we know, there are a wealth of restaurant options - with more expansive menus - just a stone’s throw away. Still, my guest and I hungrily surfed and turfed with half a lobster and 8oz steak, unlimited fries and salad a few feet from our room.

From glutton to sloth, I was to try out the Radisson’s on-site Sienna spa the next morning after a huge buffet breakfast. They describe it as an ‘urban holistic’ spa, which on the face of it sounds a little incongruous. Yet inside you come to understand that urban holistic is more of an umbrella term for a city centre based escape. You can find the purpose-built spa within the listed bowels of the historic building. The arches and cloves of the architecture allow guests to relax and be pampered in seclusion. There’s a gym, pool, jacuzzi as well as Nordic steam and sauna facilities – I stay most on the day using them on rotation. 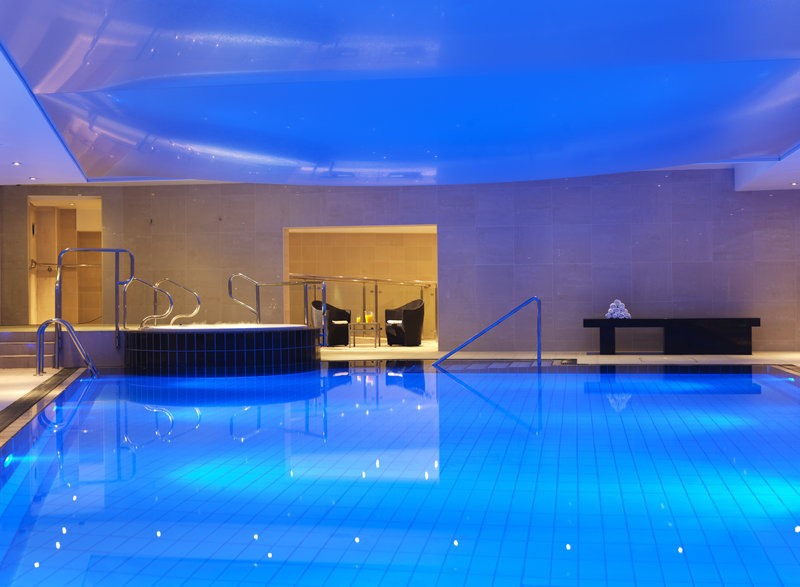 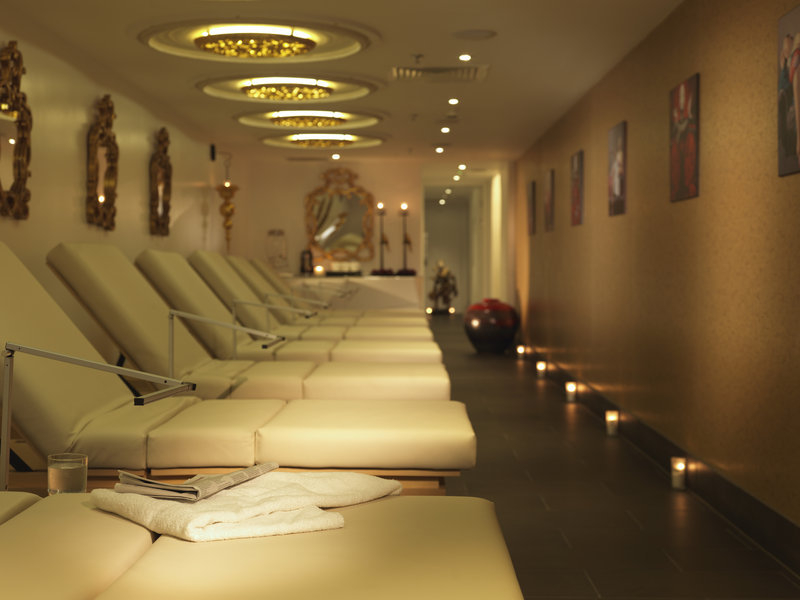 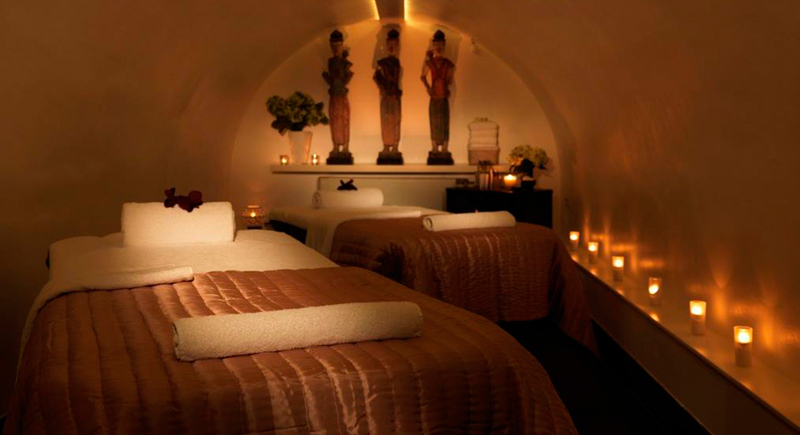 For those looking for a city centre retreat in luxury confines, the Radisson Blu Edwardian is an easy sell. It’s rare that you get to be a tourist in your own city, but you appreciate it all the more when staring down on a gloriously sunny day in a room fit for Gandalf.