HARVEY Nichols never ceases to amaze when it comes to how many designer brands the store can squeeze into a 30 minute fashion extravaganza. And this season’s show was no exception.

With a full scale double catwalk in place, the first floor was unrecognisable as the womenswear rails made way for the runway and later, hoards of eager shoppers, journalists, bloggers and celebrities, all keen to see the latest looks. 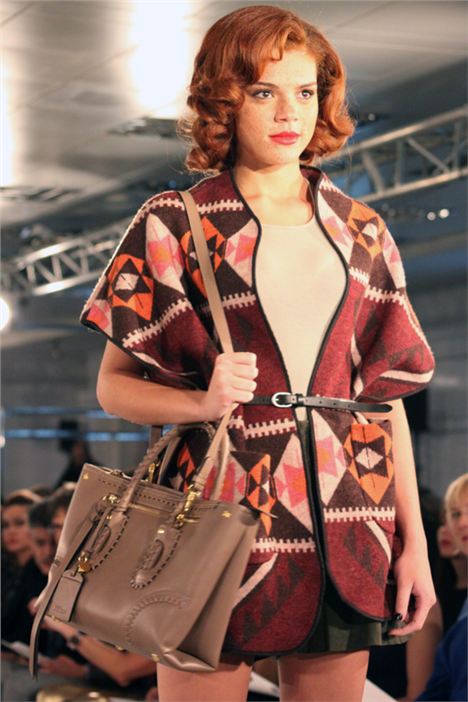 Womenswear got off to a sensible yet stylish start with slouchy knits that wouldn’t look out of place around the city streets, albeit perhaps slightly out of place on your bank statement. However, the Maison Scotch poncho (above) definitely solves the fashion v finances dilemma and should be considered an investment piece at £290 for those who insist on styling themselves for this season. 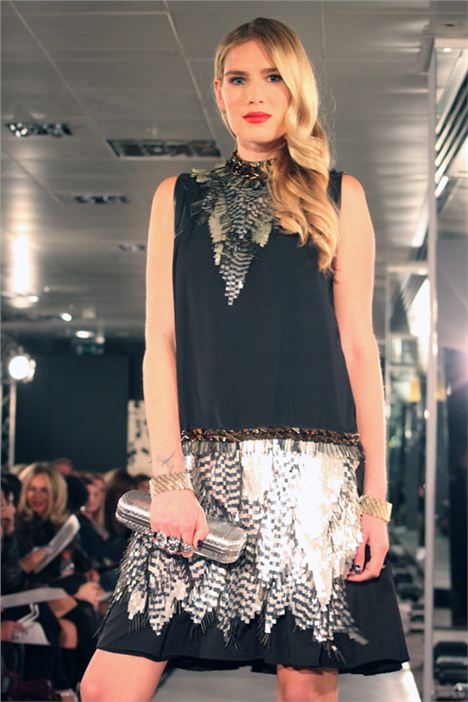 For the evening adaptation of this wintery look, it was away with the woollens as Just Cavalli provided Pocahontas meets Panacea attire perfectly with tiger stripes and feathers adorning drop waist dresses. In fact Just Cavalli were hands down the star brand of the show with their heady mix of prints and textures throughout, reaching a crescendo with a long black and gold evening dress to recreate Angelina Jolie leg-gate. 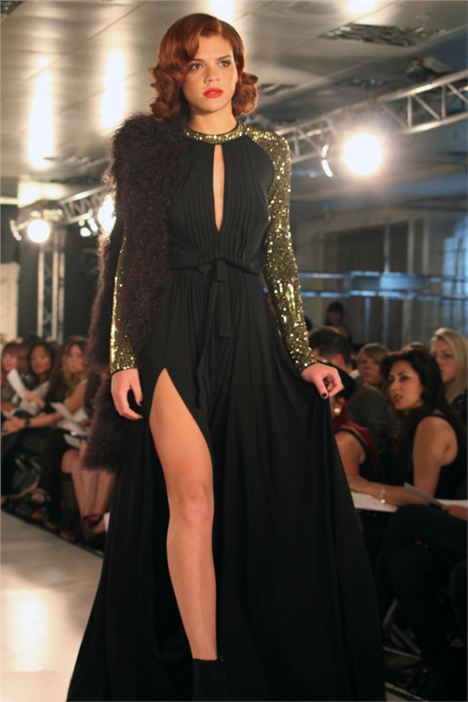 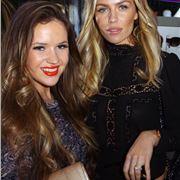 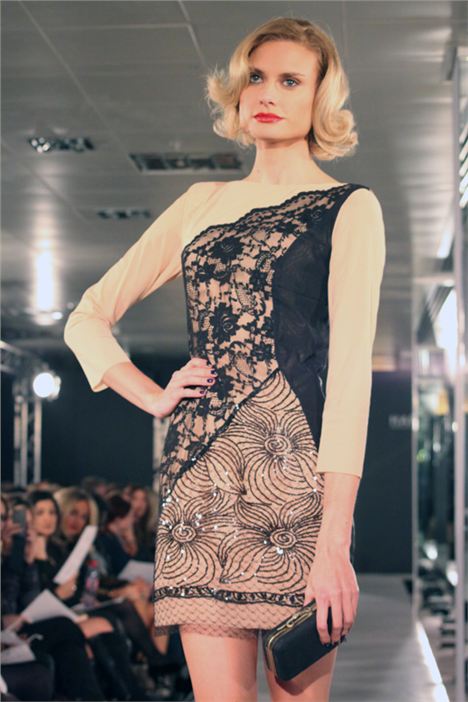 IT was a mixed showing in the menswear department this year. The alpine chic chunky knits were impressive, and thick woolen bobble hats will be welcomed back with open arms this winter, but those big floppy high top boots just won’t go away. 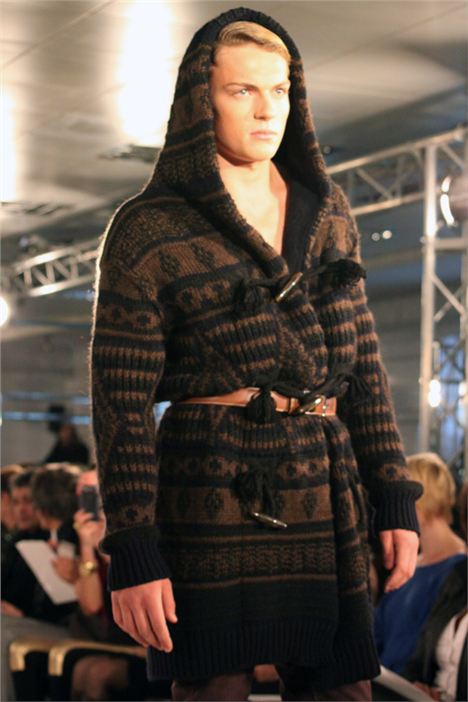 Plenty of gilet action to for those that require it, but don’t rush out just yet, these will still be dominating the middle-aged weekend dads market – they think it makes them appear young and ‘hip’, it doesn’t.

As the summer of sport collides with street fashion at the end of 2012 the travelling-to-your-city-centre-gym look is going to be more rife than ever. Still, I’ll be amazed if these skinny-fit sweatpants catch on with fitness fans. 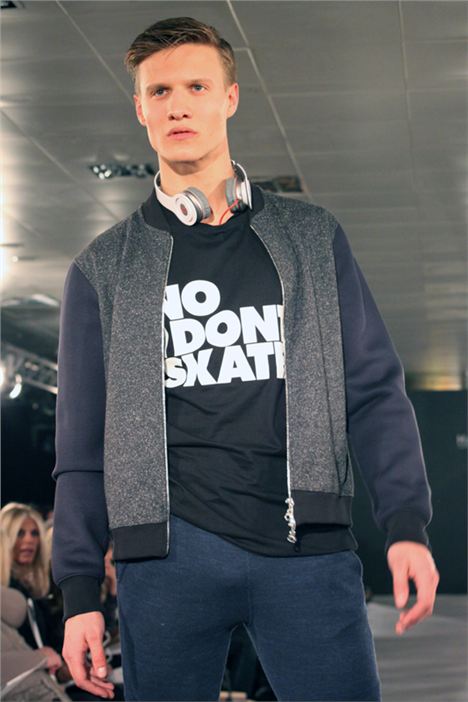 Military inspired attire is always welcome in autumn/winter, and a stylish parka should be top any man’s shopping agenda as soon as the clocks go back. Not a great deal to complain about here, keep it camouflage and you’ll be fine. 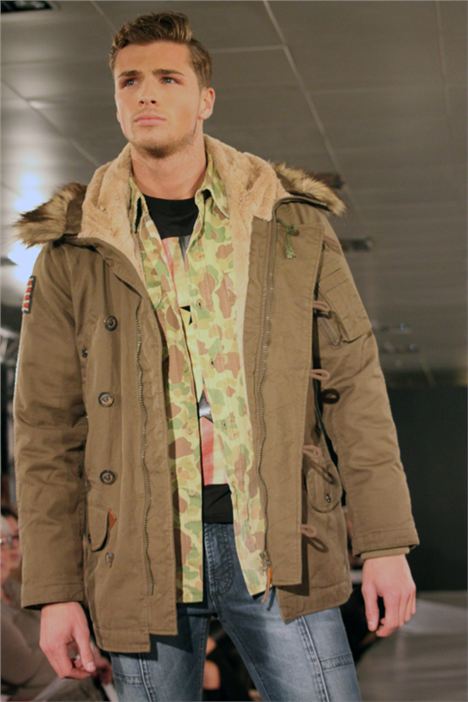 Polo neck’s are sticking around and dapper bachelors are all over them, and rightly so. Sophisticated styling is the opposite of regular styling for men. You don’t start with a blank canvas and get creative, you start with a good suit and try not to mess it all up. If you do want to ruin a sharp three-piece though, the quickest route is via this Christian Louboutin iPad case. 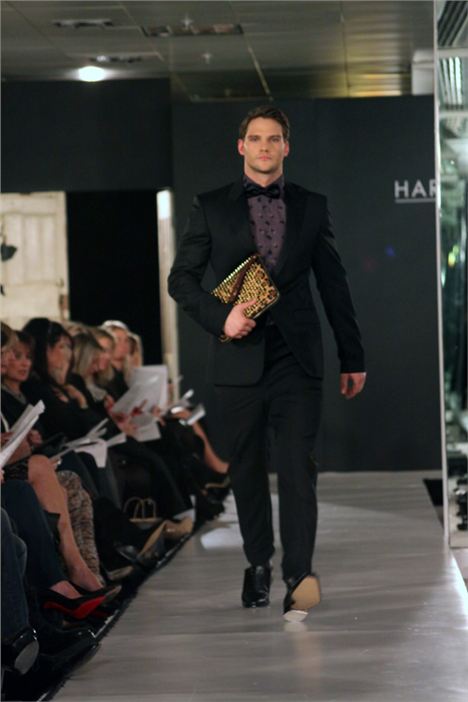 See more looks from the show plus the gallery of guests below...