For a sustainable social life – travel for less by public transport and walk, cycle or wheel.

Get on board today for the best value fares when getting out and about on Metrolink and bus – find out more at https://tfgm.com/tickets-and-passes or contact TfGM on Twitter @OfficialTfGM

From parks to live music, dining out and bars, here are some ideas to inspire you…

New parks are popping up everywhere in Manchester but you don’t need to drive to enjoy them so park it – but leave the car at home.

Get on board today for the best value fares when getting out and about on Metrolink and bus – find out more at https://tfgm.com/tickets-and-passes or contact TfGM on Twitter @OfficialTfGM 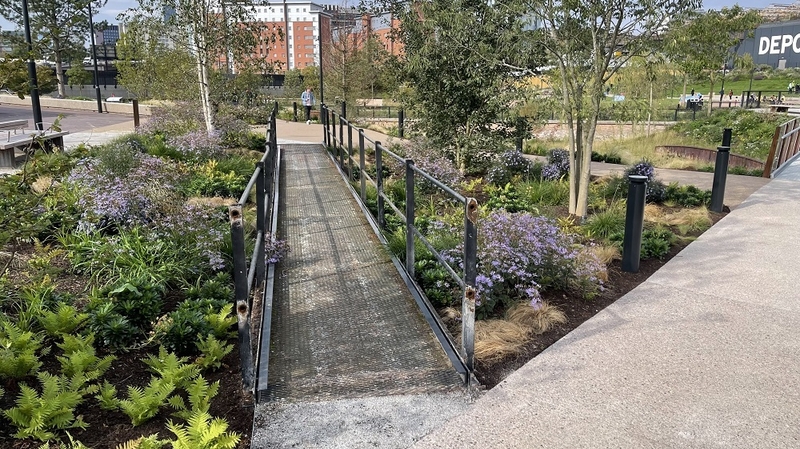 Mayfield Park is Manchester’s shiny new city park with something for everyone: wild flowers, lawns, quiet corners and the thrill of eight slides looping and swooping – one even crosses the River Medlock.

The park is also criss-crossed with a network of walking, running and cycle routes so pull on your trainers, get on your bike (or hire one – bikes for hire are popping up all over the city as part of the Bee Network) and explore Manchester’s newest green space.

It’s also a great place for families – get the Metrolink tram to Piccadilly and you’re almost there. A family weekend travelcard is great value at only £9.50 so you’ve got autumn days out for next to nothing for up to two adults and three children. Check out the cheapest option online; it’s fast and easy to find out which pass or ticket is best for you across Greater Manchester’s bus, train and Metrolink tram systems. 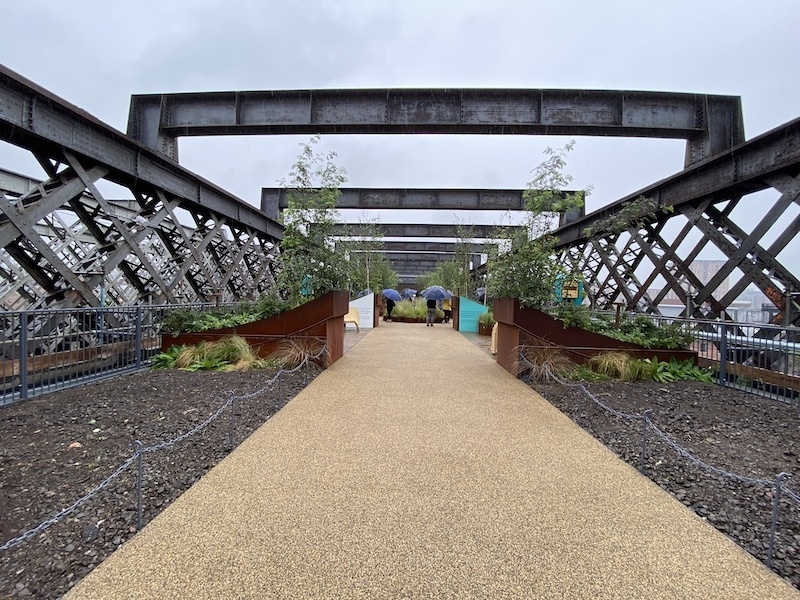 Castlefield Sky Garden is a National Trust property with a difference. No stately homes here, only close-up views of Manchester’s equally stately skyline. It’s hard to imagine how a disused railway viaduct could end up as a garden in the air – sometimes you just need to go and see it to understand.

In such a busy part of the city centre, expect to pay premium prices for parking. Or not. It’s actually easier and cheaper to go by bus or Metrolink tram. It’s just by the Deansgate-Castlefield tram stop and there are plenty of bus routes that pass close by.

You can’t beat an autumn day in the outdoors. Except when it’s raining. If you’re thinking of wet weather activities, get yourself to down to the pop-up Banksy exhibition in the First Street development. Street art but not on the street, in a purpose-built gallery instead. You need to pre-register for tickets but at least getting the bus there is plain and simple. Hop on for just £2 for an adult single fare or a one-day AnyBus travelcard is just £5 for an adult. We can all get on board with that. 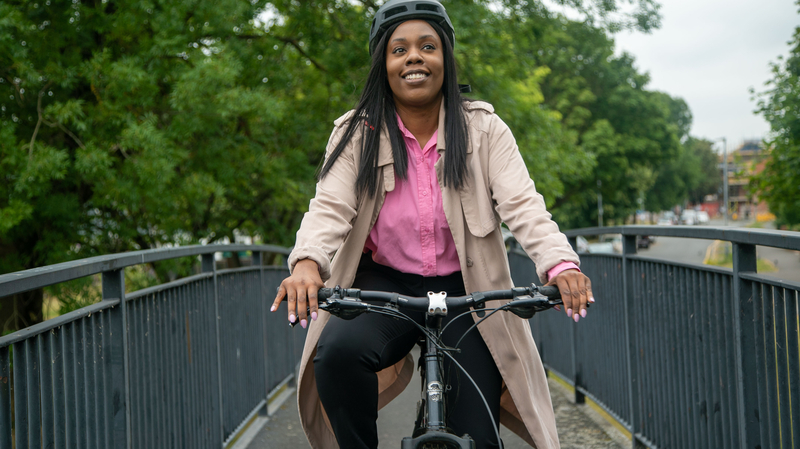 If your social life starts after dark, it doesn’t mean you’re dependent on bagging the last-available Uber which now costs as much as your entire night out because - surge pricing. Night buses go to all sorts of places at all sorts of times and you don’t need to empty your bank account just to get home. So you can see Fujiya & Miyagi at YES, you can go for cocktails at Schofield’s and you can go for a top notch meal at MFDF award-winner Another Hand and your bus won’t turn back into a pumpkin or anything like that.

Find out about the best value fares for you on Metrolink and bus – find out more at https://tfgm.cm/tickets-and-passes or contact TfGM on Twitter @OfficialTfGM 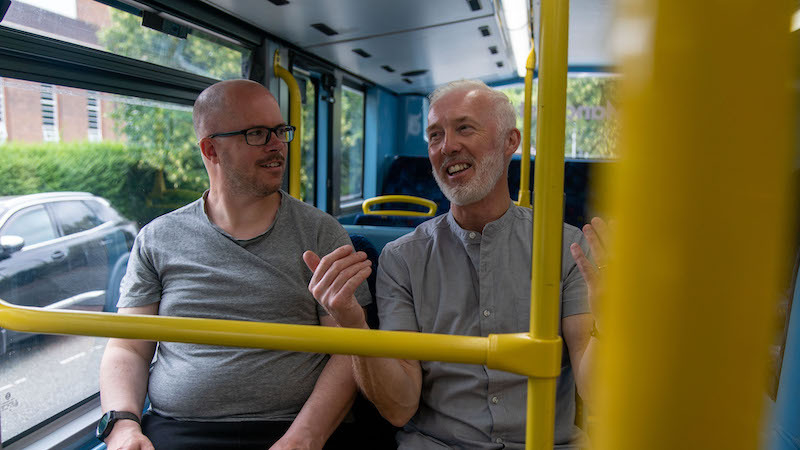