The former Lancashire and England cricketer is chairman of Logik Developments

Logik Developments, the Manchester-based property company fronted by former Lancashire and England cricketer Andrew Flintoff, has submitted plans to the council for a 386-apartment scheme in Castlefield.

The development will feature two buildings on Mancunian Way and Arundel Street, including a 35-storey glass tower designed by Beetham Tower architects, SimpsonHaugh.

A second ten-storey, U-shaped building will go up adjacent to the tower, while the nearby Dot building - a former motorcycle works from the early 1900s - will be retained and restored. 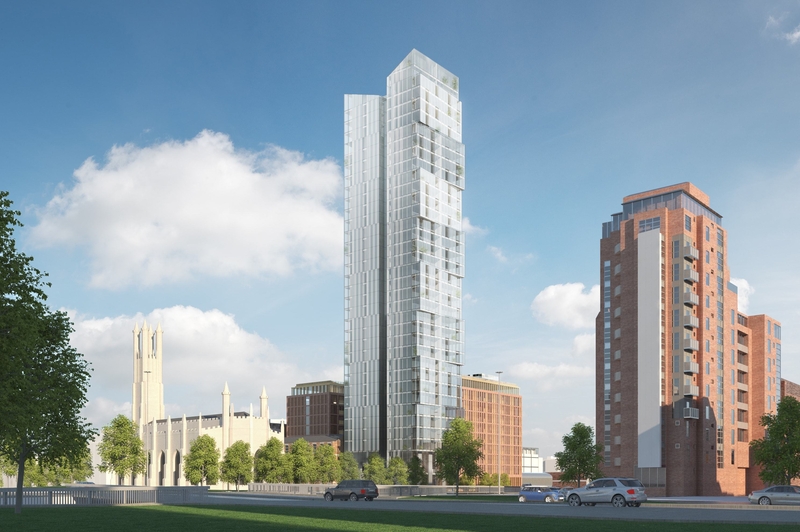 Subject to planning, work should begin on the scheme later this year.

Flintoff established Logik in 2013 alongside his cousin, Neil Spencer, and their business partner, Tony Bhatti.

The company also owns two sites at Mayfield, near Piccadilly station, and plans to develop these alongside U+I's £800m Mayfield Quarter project.

Let's hope Flintoff's latest endeavour is as critically well received as his last... which is just, well, er...