With over 2500 attendees, it’s safe to say that last year’s Manchester Podcast Festival was a success....which is why it’s back this November for a second round of stellar shows across the city. Returning favourites like The Guilty Feminist and RHLSTP with Richard Herring will be joined by hits including Science-(ish), Dan Snow’s History Hit, Top Flight Time Machine, A Gay and a NonGay, BBC Radio 1’s Phil Taggart’s Slacker Podcast, Stevie Martin and Tessa Coates’ Nobody Panic and many more.

The line-up encapsulates science curiosity, history, comedy, LGBTQ+, feminism, politics, music, sport and everything in between, across various venues from 1st to 27th November. A host of special guests will also be announced over the coming weeks; promising even more laughs, confessions and ideas.

Help I Sexted My Boss | The Dancehouse | Friday 1st November

Life is full of personal calamities. Thankfully, William Hanson and Jordan North (BBC Radio 1) are here to help you navigate the daily struggles of modern life. Well, most of the time... William and Jordan’s lives couldn’t be more different. One's more Buckingham Palace, the other’s more Crystal Palace. But that doesn't stop them sharing very different advice on today’s everyday problems. Whatever the conundrum, they're here to help!

Richard Herring’s interview podcast, known to the cool kids as RHLSTP - as any regular listener will know - is usually recorded in London’s glittering West End at the Leicester Square Theatre. Previous guests include Stephen Fry, Dawn French, Sarah Millican, Steve Coogan and Bob Mortimer. While you can listen to all the 200+ previous episodes on Acast and iTunes, it’s much more fun to see it live (and hear all the bits that are too libellous and controversial to podcast...) Winner of Bronze Sony Award for Best Comedy at Sony Radio Academy Awards and four-time winner of the Chortle Internet Award. 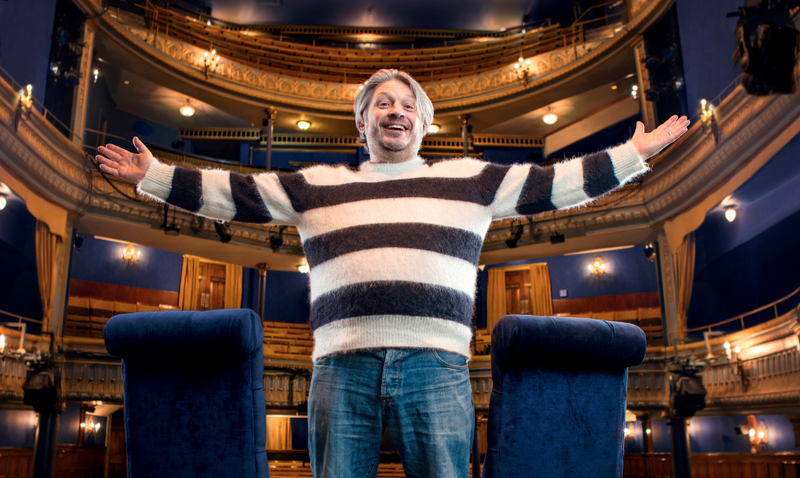 Dan Snow’s History Hit is the UK’s most successful history podcast, with almost a million listens every month. Dan travels the length and breadth of the country to keep up with the cutting edge of history, talking to experts, historians, and the people who were actually there. It’s both Dan’s mission and passion to give you the history behind the news, and the context you need to understand the modern world.

Join award-winning comedian Deborah Frances-White and her special guests as they discuss topics ‘all 21st century feminists agree on’ while confessing the insecurities, hypocrisies and fears that underlie their lofty principles. 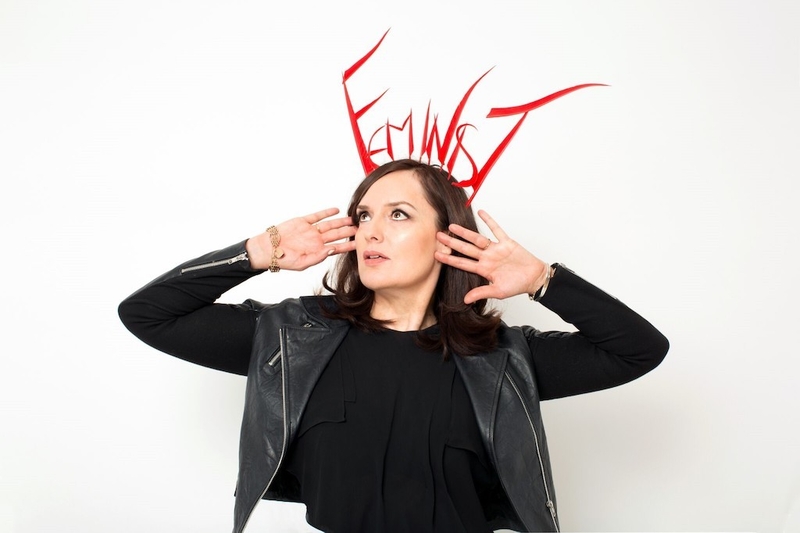 Andy Dawson and Sam Delaney’s highly-acclaimed podcast is finally reimagined as a theatrical experience. This is no ordinary live recording of a podcast episode - Sam and Andy will be carrying out extreme physical movement, while the audience will experience ‘similar emotional movement’.

Flâneur and irrepressible commentator Rick Edwards, and editor-at-large of the New Scientist Dr. Michael Brooks, delve into the science behind popular culture. Join the Silver Winners (British Podcast Awards) at the Manchester Podcast Festival for a live deep dive into the spurious science behind film and TV. 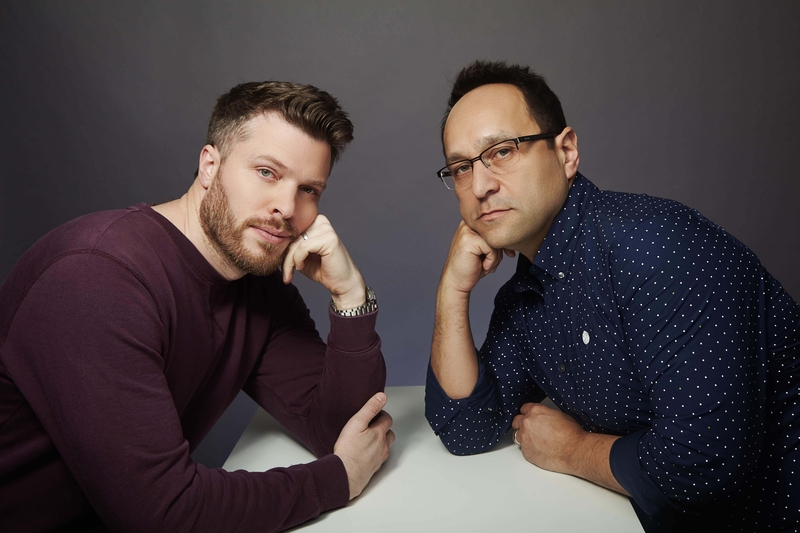 Set Piece Menu is the podcast where four friends - a broadcaster, a commentator, a writer and an injury-prone former full-back - talk football over food. The football can be anything: the reality of injury, the nature of joy, the problem with post-truth. The food is generally bought last-minute from the Didsbury Marks and Spencers. Between them, they have amassed seven England caps and, more impressively, almost 15 episodes.

Delve deep into the career of a different musical guest each week, including Johnny Marr, Manic Street Preachers, Dizzee Rascal, Hozier, Mura Masa, Christine + The Queens, Wolf Alice, The Specials, Fatboy Slim, Bastille, Novelist and more. Each show kicks-off with the artist playing their first ever demo, laying bare the raw sounds that encouraged them to take up a career in music. From here the conversation freewheels down a spaghetti junction of quirky anecdotes and hot takes, uncovering the journey each artist has taken to where they are today.

Born in 2017, A Gay and A NonGay has continued to grow into the UK’s leading LGBTQ+ podcast. Released weekly, James and Dan dive into conversations around day to day life, differences in perceptions, homophobia, coming out, mental health and lighter topics like dating. Expect audience interaction, a hilarious parody of Queer Eye as Dan lends his hetero gaze to the gay community in ‘NonGay-Eye’ and a laugh-out-loud look at issues affecting gay and non-gay people in an absurdly simple but hilarious premise; what divides us makes us laugh harder. 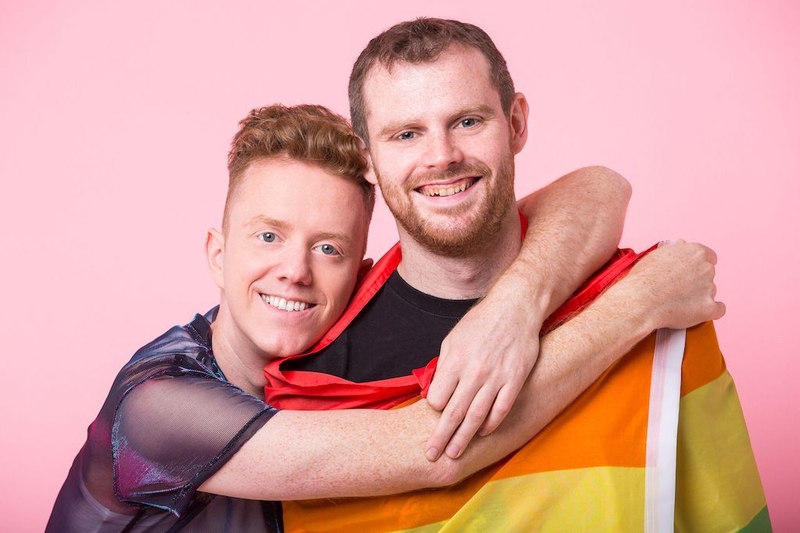 Comedians Stevie Martin and Tessa Coates co-host their smash-hit podcast Nobody Panic. The 'witty, clever, and oh-so-relatable' (The Evening Standard) podcast asks life's biggest (and smallest) questions to help you become a functioning adult without screaming all the time. Whether it's learning How To Prioritise, How To Be Confident or How To Cope With Whatsapp Groups, no topic is too great or too trivial, because we’re all in this together guys. So nobody panic.

Do The Right Thing | The Dancehouse | Saturday 23rd November

Award-winning comedy panel show hosted by Danielle Ward, with team captains Margaret Cabourn-Smith and Michael Legge and amazing special guests. In it, two teams work out the right thing to do in strange scenarios and scary situations which range from the everyday to the weird and extreme. 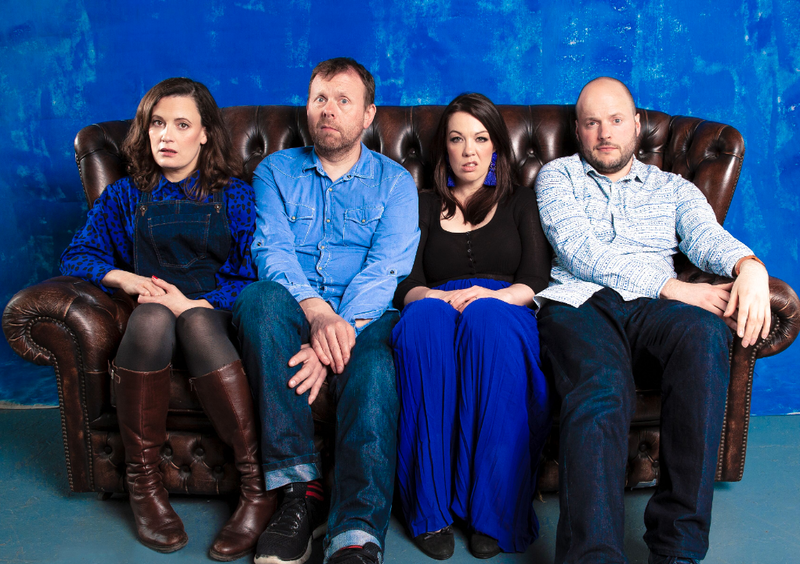 Join northern comedians Sean Morley and Jack Evans for radical left-wing lore, interviews and repartee as they delve into the calamity of late capitalism, the ideology of our sunken world and the historical precedents that placed our fractured civilisation on a conveyor belt towards the dustbin of shit*. Expect interviews (preview guests include Paul Mason and Josie Long), experimental soundscapes and performance set pieces about peasant revolts from the 18th century.

After more great festivals in Manchester? Check out our essential festival guide 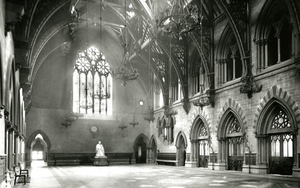