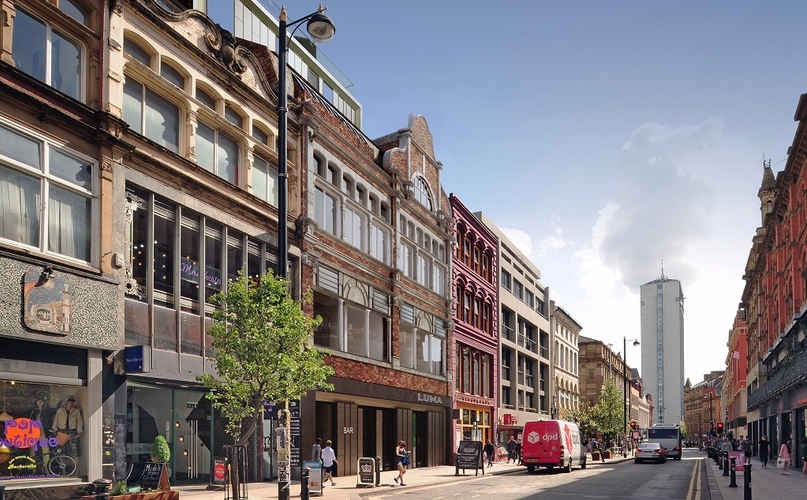 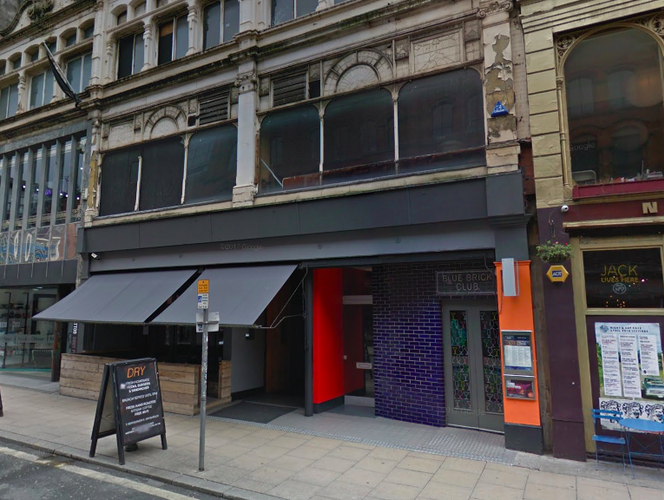 Opened in 1989 as a sister venue to the iconic Hacienda nightclub, Dry Bar was initially seen as a folly. Back then, the area around Oldham Street was yet to be regenerated and trendily dubbed ‘Northern Quarter:’ it was semi-derelict and, while it seems ironic now, an unlikely place for a hip new watering hole.

But Tony Wilson’s risk paid off. Dry Bar went onto to surpass its Factory Records sibling, which closed in 1997, and - as John Robb reminisces - created its own legacy, ‘the bar as a club, with all the modern bells and whistles.’

By 2016, however, Dry had long lost its novelty and was put on the market by its owners, the Dwyer family, with a cool £4m guide price: this including planning permission for an upstairs hotel conversion.

A Singapore-based consortium led by Heeton Holdings purchased the site in March, and has now unveiled plans for LUMA: a 'new concept hotel’ - launched earlier this year in Hammersmith - designed by HLM Architects.

Heeton has been involved in UK hospitality since 2009, managing hotels such as Manchester’s Holiday Inn Express (though, judging by the opening of the Hammersmith branch, LUMA will be a rather more upmarket offering.)

Edwin Liu, head of UK & Europe at Heeton Holdings, said: “We’re delighted to be taking forward this project in an area that is so culturally important to Manchester. We look forward to working with Manchester City Council to realise a shared vision for the site.

“We believe that the addition of a distinctive new hotel will help to cement the Northern Quarter’s position as a major destination within this vibrant international city.”

A planning application will be submitted soon.

1. "One night Happy Mondays frontman Shaun Ryder either shot or smashed one of the big mirrors behind the bar. At least one eye witness swears Shaun merely threw a bottle. Print the myth and not the truth, as Mr. Wilson would say. And anyway, along with New Order, hadn’t Shaun paid for all these fixtures and fittings?"

2. "They used to print the bar's Factory catalogue number, 201, (or Dry 201?) on the glasses, really cool things they were. So cool, in fact, that everyone kept nicking them as souvenirs. I remember New Orders' Peter Hook saying that replacing glasses alone cost them a fortune. I might still have one somewhere... sorry Hooky."

3. "I remember the phone by the door. I think of it how you might remember your old family Grandfather clock. In the days before mobile phones this acted as a lifeline, a neutral zone where 'refreshments' could be ordered. It was certainly one of the least damaged pay-phones you'll ever see, probably because for many, Dry was more of an office."

4. "Like a Manchester rock star rite of passage, Dry was not only a place to be seen but also one to get barred from. One night, in February, Liam Gallagher and a pal were involved in a scuffle in the bar, pushed out the back door and told not to come back, now a fully fledged troublemaker. Not sure what happened to that lad..."

5. "From 1989 to when the hangover kicked in around 1992, Dry was the centre of the scene, the epicentre of cool Manchester, a VIP bar without the silly V and I bits. One night I remember rubbing shoulders with Ian Brown, who was on the beer, and also Simply Reds' Mick Hucknall, with his trademark bucket of Champagne. Manc egalitarianism in motion."