After a week of political action, Danny Moran asks if Extinction Rebellion has achieved its aims

According to the UN we’re facing an unprecedented global emergency. If we don’t get our shit together now there will be food shortages, mass starvation, and social collapse across the globe. Extinction Rebellion, the group who occupied Deansgate at the weekend, are a worldwide movement against inaction on this emergency. Their raison d’etre is that the government is failing to protect us.

The first is that the government tell the truth by declaring a climate and ecological emergency, and work with other institutions to communicate the urgency for change.

The second is that the government act now to halt biodiversity loss and reduce greenhouse gas emissions to net zero by 2025.

The third is that the government must create and be led by the decisions of a Citizens’ Assembly on Climate and Ecological Justice. 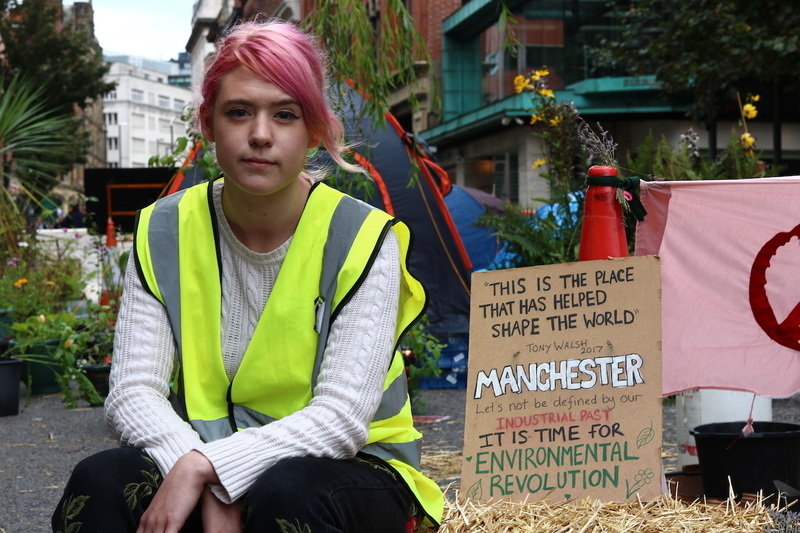 Back in July Manchester City Council became the latest municipality to fall into line and declare a climate emergency here. There was applause on the chamber floor and ovations in the public gallery when the motion presented by Hulme representative Annette Wright was unanimously adopted. Written into the motion is a commitment that the city become carbon neutral by 2038: a target ahead both of central government’s and that of nearly every other UK local authority, where 2050 has been the norm until now. 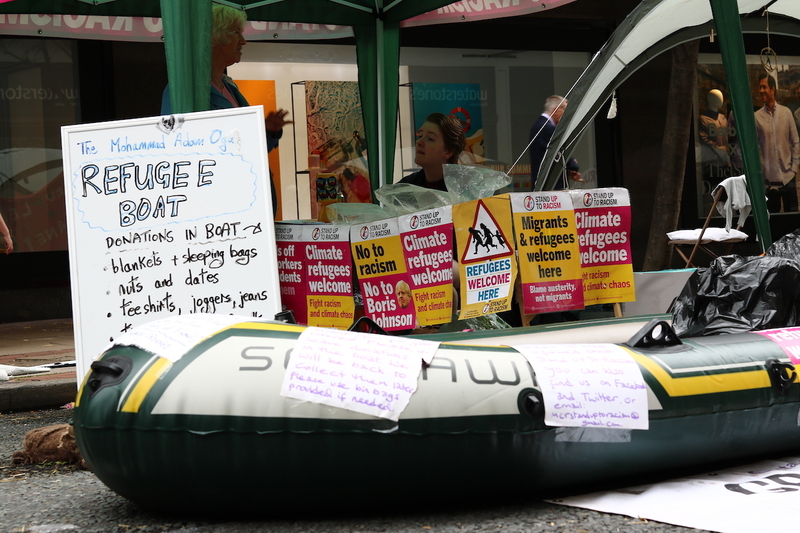 So when Pat Karney marched up to the activists’ big yellow boat on the first day of the XR protest and declared the site a kick in the teeth for local businesses, was he voicing reason from the high moral ground or demonstrating the lack of understanding among council leaders at the seriousness of the issue we’re facing?

“Greenwashing” is the word Chris Ogden, co-chair of the Manchester Green party, uses. “If you’re not going to back up the declaration of a climate emergency with action then it’s a cynical move. You can’t say the house is on fire and then do nothing to put it out.”

Sick of reading about other UK cities’ plans for cycling and walking while @ManCityCouncil provides regressive plans for Great Ancoats Street and @patkarney argues that shops need parking directly in front of them on Deansgate. Manchester is bottom of the class.
— D. Bannatyne (@Dbelldb1) September 8, 2019

"Setting a date of 2038 for the city to become carbon neutral is not treating it like a climate emergency. Under Manchester’s plan we need to reduce emissions by 13% every year if we want to achieve that. But emissions only fell by 2.5% last year so we’re not even doing a fifth of what we need to be doing, even according to that target.”

What’s needed, his party argues, is to reduce road emissions by divesting from car use and increase the take-up of public transport. To build energy efficient homes and retro-fit the existing stock. And to change procurement practices so that environmental standards are built into new developments such as the huge Northern Gateway project. None of which the council is doing.

Today the @ManCityCouncil set up a #ClimateEmergency sub group to scrutinise progress of our declaration and action plan. I'll be chairing it. Let me know if there are issues you think we should look at https://t.co/lqsQjZXzMH @AnnIgbon @CllrJohnFlan @JonConnorLyons
— Annette Wright (@AnnetteWright) September 4, 2019

It was Cllr Annette Wright – who has won admirers since being elected last year in the Hulme ward – who, after winning the ballot to move a back-bench motion, decided to use the opportunity to have the city declare a climate emergency. Environment isn’t her area of expertise, though (“Eve Holt has done much more work on this than I have” she says of the Chorlton ward colleague who seconded the motion), though she says the move reflects emphatically the concerns of her constituents: “People talk about different things in different areas. There are wards where everybody wants to talk about Brexit, whereas I’ve had very, very few conversations at all about Brexit. Overwhelmingly, people want to talk about the environment.”

She says she’s optimistic that the city can achieve its aims: "I think the council’s policies need to move on and take on board this agenda. What we’re doing isn’t enough and we need to do more. I made it very clear when I moved that motion that we have to look at all our policies and procedures and everything that we’re doing and see if they fall in line with our declaration.”

She points to the Neighbourhoods and Environment scrutiny committee, where she will this week try to establish a subgroup (now established) to ensure that all plans and developments are properly assessed in terms of their environmental impact. 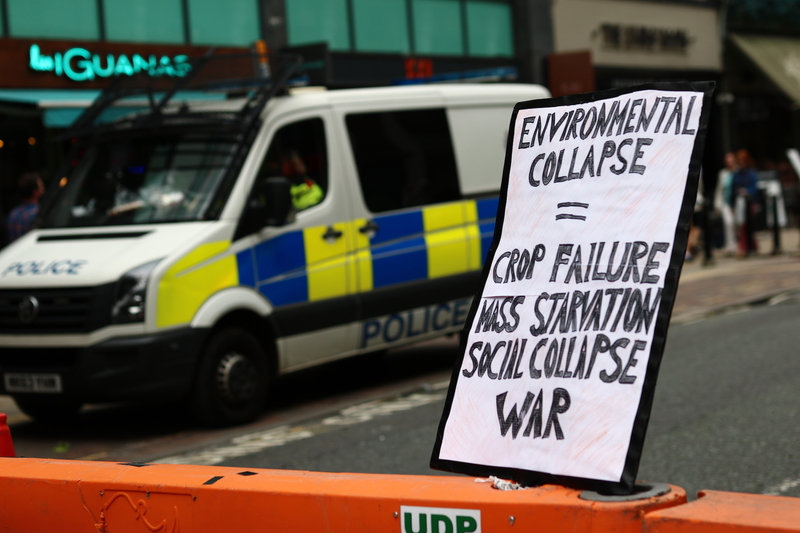 Fingers crossed for the subcommittee, then. The climate change debate is all about dates. Carbon neutral by 2025 demand the protestors, or we’re all doomed. Carbon neutral by 2038, promise the council – though how they’re going to achieve even that is as yet unclear. As the protestors pack up and Deansgate is returned to its noxious state, we might ask ourselves who Pat Karney is actually protecting?

Leave or remain stop the coup. In Manchester we started at cathedral Gardens, marched to Albert square & then on to stand in unity with extinction rebellion North.
We are in solidarity to stop the coup and stop climate change leave or remain we must defend democracy & our climate pic.twitter.com/y6Pjv9Bv2Q
— The Price of Inequality (@walkjustly) August 31, 2019

Manchester is no stranger to the power of protest but this was a bumper week for political action by the public.

- Cathedral Gardens saw a 'Stop the Coup' protest on Saturday afternoon. Thousands of protestors gathered in the city centre to demonstrate against Boris Johnson's proposed plan to force through a no-deal.

- Young activists gathered outside the Greater Manchester Pension Fund to demand that they divest £2 billion from the fossil fuel industry.

- A less-reported but still significant action was also taking place at the Museum of Science and Industry, where staff were on strike over pay concerns. Staff have seen little to no pay increase (what amounts to a pay cut in real terms) for years while the director of the Science Museum Group has seen his pay increase by a third in just four years.

- Jeremy Corbyn saw fit to capitalise on the radical mood by attending a rally in Salford on the Monday afternoon, saying: “I will be delighted when the election comes. I’m ready for it, you’re ready for it – we’ll take that message out there and above all we will win.”

- Protestor James Goddard was arrested for shouting abuse at a car he supposed carried Mr Corbyn. He was later released without charge.