FOOTBALLERS, soap stars and the Cheshire Set. Affluent Alderley Edge has a reputation for excessiveness and open displays of showing off via Land Rovers, Lamborghinis, Mulberry handbags and exceedingly large bottles of Moët.

“Sundays are very different to the Friday and Saturday nights when it’s all about short dresses and fake tits."

Friday and Saturday nights have become notorious for local celebrities, including Manchester United footballers and various Hollyoaks cast members, turning up to show their faces and splash the cash.

It's these kind of nights that have given the area its reputation of brashness and wealth, and a few years ago saw one of the very first reality shows in the form of MTV's Living On The Edge pave the way for the likes of TOWIE, Geordie Shore, Desperate Scousewives and Made In Chelsea to grace our screens.

But are bodycon dresses, Rolexes and TV stars the only things to be found in Alderley Edge?

On an early Sunday afternoon in March the picture is very different. Less footballers and more families out for brunch and a walk in the countryside.

“Sundays are very different to the Friday and Saturday nights when it’s all about short dresses and fake tits. Sundays at about 4pm are when it starts to get busy and it’s family time,” explains Sam Davidson, an accountant, having breakfast beside us in Alderley Restaurant Bar and Grill. A quiet modern place with just a few faces venturing out for coffee and pots of tea. It's still early and many of Alderley's residents are presumably sleeping off the effects of the night before.

"It's a family area but it is very affluent, and it's just become well-known for that. But Alderley isn't just about the rich footballers." 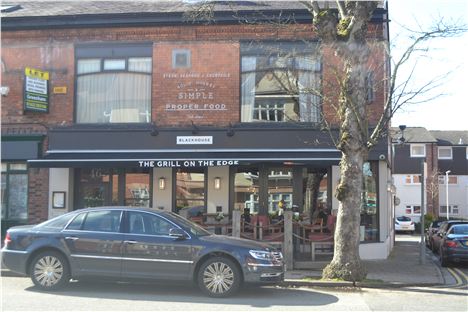 Grill On The Edge

Alderley Edge forms part of Cheshire's Golden Triangle and joins two other privileged areas including Prestbury and Wilmslow. Gated mansions, pricey cars and ladies that lunch are all par for the course for the three wealthy suburbs. Whilst other areas nearby are also affluent, it's these three that have gained notoriety and become THE place to be if you want to catch sight of a token celeb.

Whilst some residents are delighted to see these famous dwellers, others are not. “I don’t care about the Ronaldos or whatever,” explains one vocal resident. “They piss and shit the same as the rest of us. I don’t get starstruck by them.”

To many it seems, Alexander Buttner is just the guy in number 12 who doesn’t put his bins out regularly. Locals are so used to seeing snazzy cars with tinted windows gliding down the main village strip of bars, shops and businesses, most don't even bat an eyelid.

The main strip and the hub of activity for Alderley along London Road houses the main restaurants/bars including Alderley Restaurant Bar and Grill, Grill on the Edge, The Botanist and Bubble Rooms. There was also a Panacea on the list but after a fire nearly a year ago it hasn't reopened. Rumours abound about the reasons as to why that is the case which the Confidential legal team doesn't want us to discuss. 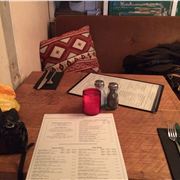 Cosy cornerThe Bubble Rooms seemed a perfect option for lunch, it's cosy and cottage style interior felt just right for being out of the city centre and close to the countryside. Well, as far into the countryside as we were prepared to go.

A mismatched wooden interior with chandeliers and quirky wooden frames on the walls gives Bubble Rooms a young and homely feel. Perfect for a Sunday, and our corner of the room table gave us a perfect view for people watching. In this case we watched over a scene of families settling down for catch ups and a relaxed afternoon. Just up from Bubble Rooms is The Botanist. This is one of the most popular places in Alderley Edge and comes from that Living Ventures lot - Deansgate will soon have its own example of this updated pub concept. It's very close to the train station and thus a trap into which many visitors fall into, and out of.

One half of the venue is dedicated to families and couples dining and the other is a large bar area featuring cask ales, those ever present bottles of champagne and prosecco and cocktails too. On our visit it came with a pleasant village drunk (who when we meet, salutes but says nothing that can be understood or written down) and a well-trained dog allowed to sit up on one of the many sofas. 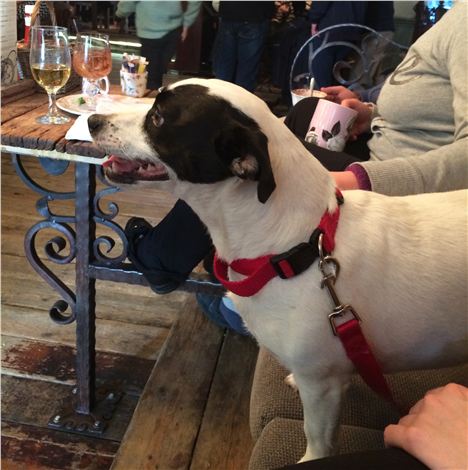 Dog in the Botanist

It's in this pub that I meet a man who has lived all his life in Alderley Edge. "Not many people round here can say that," says John. "That's my brother over there too. We've lived here our whole lives, it's just a village to us."

Another resident who will only tell me his name is Kev has also been in Alderley since before the footballer and millionaire hype began. "You've got to thank them though," he explains. "If it weren't for them coming here and bringing people up here on the Friday and Saturday nights then you wouldn't have these types of bars here."

So whilst some might begrudge the flashy lifestyle now synonymous with the area, it has transformed Alderley from being a quiet well-to-do village - a picture of bourgeous gentility - into one that's become a national caricature.

As usual with caricatures it isn't particularly accurate.

As for the backstory, well, Alderley Edge didn't exist as a village until the Manchester and Birmingham Railway company opened a station here in 1842. Before then the area was called Chorley.

The railway company were cunning. It offered free season tickets for 20 years to Manchester cotton barons, bankers and businessmen who built houses with a rateable value of more than £50 within a mile of the station.

The long-term season ticket was novel too, a small silver oval which could be worn on a watch chain. The Manchester monied grabbed at the chance. They could move clear of the packed city with their families yet be in and out of 'town' within half an hour.

In this way Alderley Edge is as much historically part of Manchester as Ancoats. Whisper that round the good folk of the village though. It's all about living in Cheshire for many of them. Postcode snobbery can be a big thing. 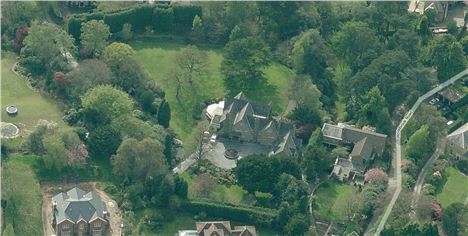 The railway company's ruse also means modern-style commuting was invented in Alderley Edge by this incentive. A man who'd made something of himself could ape the aristocracy with his mini-mansion in the country.

The eccentric toff Lady Stanley wrote: 'The cottontot grandees are more annoying than their operatives as one can neither hand cuff nor great dog them if they are intrusive'.

Alderley Edge, it seems, was already well known for 'new money' more than a century ago.

It was also known for the Edge, a favourite location for a walk for city dwellers as soon as the railway opened. This 700ft north facing escarpment is still as beautiful as ever - if a little worn from millions of weekend feet. In Spring it's a little Eden.

The red sandstone here has been mined for copper for 3,000 years. The resulting caves play host to the myth of King Arthur and his knights sleeping under the Edge to wake and rescue England when the country is in direst need.

The wizard that's said to guard over them is commemorated all around the area in bars and pubs but best of all in the superb fantasy novels of a truly talented Alderley Edge-born writer, Alan Garner. The Weirdstone of Brisingamen is recommended reading for any imaginative young person. Just down from the Edge lies Sir Alex Ferguson's favourite restaurant in The Alderley Edge Hotel, where Chris Holland presides over an excellent spread of fine dining full of robust flavours - the editor particularly enjoyed a stay there a couple of years ago, click here. The calm atmosphere of the place, it's range of old folks who've been coming since before David Cameron was born and younger people, again, provides entertaining people-watching. 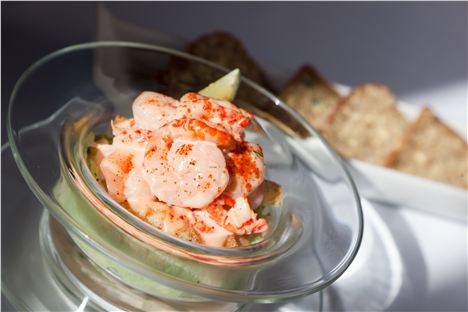 Food At The Brasserie In The Alderley Edge Hotel

Spending time strolling Alderley Edge reveals a good looking village that is by no means the boozy lavishly hedonistic hot spot the tabloids would have us all believe.

Yes, there are Range Rovers parked all over the place. Yes, there are Mulberry handbags jostling against Chanel for space up against the bar. Yes, the charity shops have more designer labels than are probably available in the whole of Yorkshire. Yes, I saw more people handing over fifty pound notes than I've ever seen before.

But then there's also a proper butcher's, a proper cake shop, the lovely church of St Phillips and the woman in the toilets in The Botanist joyfully describing how her necklace is from Primark. "You'd never know, would you?" she says smiling and gleefully showing off her bargain necklace.

There are two sides to every story.