One of the most active names on the Afrobeat scene is coming up to Manchester for a very special gig at Gorilla on Friday 25 January.

Dele Sosimi played with Afrobeat pioneer Fela Anikulapo-Kuti from 1979-1986 in the seminal band Egypt 80, and went on to become of a champion of Afrobeat in the UK. He'll bring to Gorilla his Afrobeat Vibration project, a bimonthly residency at London's Jazz Cafe that keeps the legacy and music of Fela alive for new generations of Afrobeat fans.

For the uninitiated, Afrobeat is a blend of highly danceable funk grooves, Nigerian traditional music (including hi-life), African percussion, jazz horns and solos from other instruments, as well as rhythmical singing.

Dele Sosimi and his ten-piece Afrobeat Orchestra deliver magical performances of infectious, seriously funky music that gets a great response from the crowd. Expect to dance until the early hours with a night that goes on till 3am. DJ support comes from Manchester's own Irfan Rainy.

If you want to end the month with a funk-soaked night out that will kick the January blues firmly into touch, this is for you.

Fun learning sites to virtual escape rooms - Keep the kids occupied for free
What you say
Got an account? Login, to comment/rant.
0 Opinions
Read Next
● / Arts & Culture 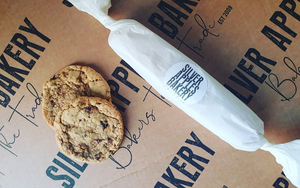