I’VE always had problematic skin but about 18 months ago, it was at the point where I grew my hair longer in a pitiful attempt to hide the beard of spots that had taken over my face. With each breakout my skin became sorer, redder and generally more disgusting.

To make things worse my job at the time involved meeting with health and beauty suppliers. I would spend the meeting trying to hide my skin from them and I felt as though people weren’t talking to me, but to the blemishes and spots they saw.

Some people may of course think this is a bit steep when you think about how much extra you pay for face products in general. However, you’ll soon realise you don’t need anything apart from these three miracle bottles.

The old cliché of ‘I’ve tried everything’ comes next – but I genuinely had. All face washes, facial wipes, lotions and potions; the only thing I could do was start my days by wearing my mask - two layers of the thickest foundation known to man.

Doctors prescribed me many types of pills and antibiotics using the ‘it may get worse before it gets better’ line but I couldn’t deal with the side effects of the tablets – upset stomach, dried out skin and mood swings that turned me into an emotional monster.

I had heard of Proactiv when I lived in Australia and had been tempted to try it but had heard mixed reactions. Living in sunnier climes, my skin had decided to behave for a while but once back in the UK my skin and my confidence was at an all-time low. As a result of my continual breakouts I was relieved to hear that Boots were stocking Proactiv. 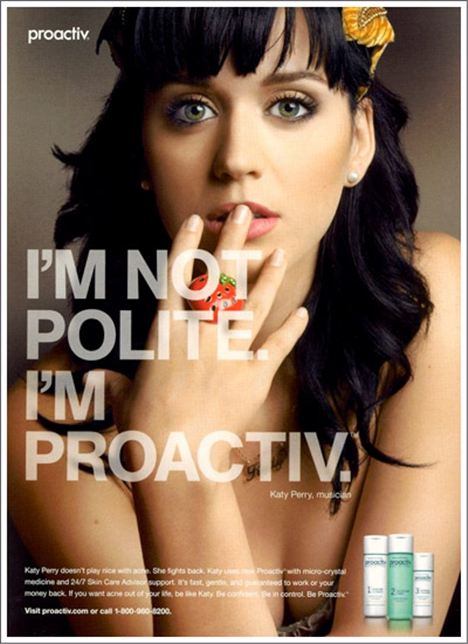 Believe it or not, Katy Perry (spokesmodel for Proactiv) suffers from adult acne

The three step programme to be repeated morning and night, was like having my very own mini facial. It left my skin feeling clean, hydrated and moisturised whereas previously other treatments it had been left dry, flaky and painful. Sticking to the routine did take a bit of dedication, the instructions said to wash my face with the Renewing Cleanser dry and then apply the Revitalising Toner before waiting until that dries to apply the Repairing Treatment.

I’m not complaining about washing my face but it does take time for the toner to dry and the lotion to be absorbed. It is, however, really important to make sure it’s dry before applying makeup as I found my makeup slipped around my face during the day otherwise.

So far, I have been delighted with the results. Plus at £40 for the three step solution, it worked out to be money well spent. Some people may of course think this is a bit steep when you think about how much extra you pay for face products in general. However, you’ll soon realise you don’t need anything apart from these three miracle bottles. 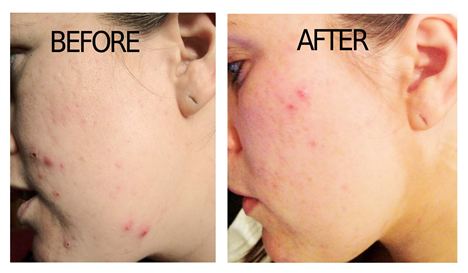 Mary, before and after six week Proactiv treatment

My only criticism is concerning dependence. Last week I ran out of Proactiv after six weeks of using it religiously. Unfortunately I didn’t have time to go and buy some straight away and within seven days my skin had returned to a miserable state. A major breakout and sore dry patches sent me straight back to wearing the ‘mask’ again.

If it works for you like it did me DO NOT stop or get complacent, as your skin won’t thank you for it. Maybe one day, someone, somewhere come up with a cure for acne, but for now I’m off to Boots to replenish my stocks.

Proactiv is available to buy from Boots.