TEN-PIN bowling operators All Star Lanes are set to open their Manchester site at the end of February following a £2.5m investment.

The boutique bowling operator has selected Manchester as the first city in which to introduce its destinctive brand of ‘retro good times’ outside of London.

The new venue represents a significant investment with plans underway to completely redevelop the historic 19,500 sq foot site as part of the regeneration of the Great Northern Warehouse in the city centre.

"Over two recruitment days we have seen over 500 people apply for around 60 available positions, the turn out has been simply overwhelming and for us unprecedented at an opening.

The opening will create at least 65 jobs in the city, and the business is currently working to feed back into the community through a partnership with local charity Forever Manchester. 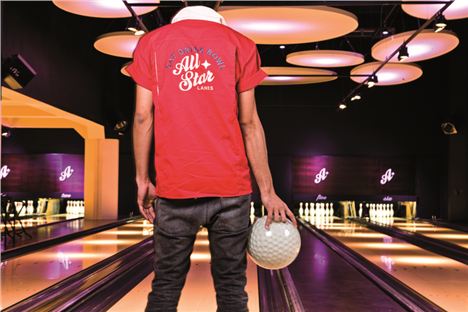 Headless bowler - is that his bowling ball head in his hand?

Recent job adverts created a huge response for available positions at the bowling alley according to Graham Hall, Operations Manager, All Star Lanes:

"Over two recruitment days we have seen over 500 people apply for around 60 available positions, the turn out has been simply overwhelming and for us unprecedented at an opening. I salute the resilience of the good people of Manchester who waited patiently in the rain (especially on Tuesday), yet still found the energy to smile throughout.

"Looking back, whilst some of the attendance could be attributed to the unemployment levels we are experiencing as a country, it is heartening that we saw so many people who have a real passion for the hospitality industry, with plenty of experience and great interest and excitement in All Star Lanes coming to the city.

"The brand has been a runaway success in London. Following the opening of the original Holborn venue in 2006, 3 more sites followed in quick succession through to 2011. All Star Lanes remains a firm favourite with the likes of Kate Moss, Prince Harry, Elle Macpherson, Alexa Chung and Liam Gallagher. 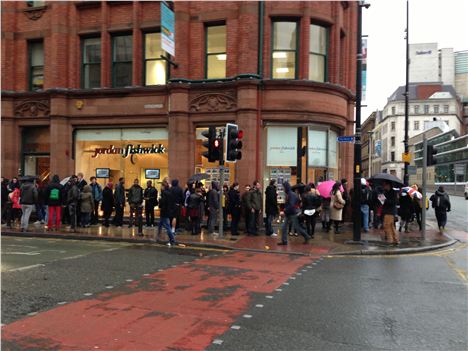 Round the block for an opportunity

Picking up plaudits such as the 'Number 1 Private Room Experience' (The Times), and the 'some of the best cocktails in town' (Cosmopolitan), the natural next step for the group was a move outside the capital and Manchester was top of their list for expansion sites.

"There was never any question that Manchester would be the first location for expansion. The city’s vibrant and alternative reputation makes it a place where we feel that we’ll ‘fit in’. As well as great addition to the leisure offer in the city, our corporate experience is second to none, and we’re looking forward to sharing that with Manchester’s business community. We’re thrilled to become part of what we think is one the most exciting city’s in the UK."