Goodness, where did the summer go? As the nights start to draw in it will be Christmas soon and if that isn't enough to make you switch off the television set and go and do something less boring instead then there's no hope, hun. With another bank holiday on the cards, August is bouncing. In this month's round-up there are pirates, puddings and pigs. Pigs? Yep.

Read on for the top things to do in Liverpool (and beyond) this August... 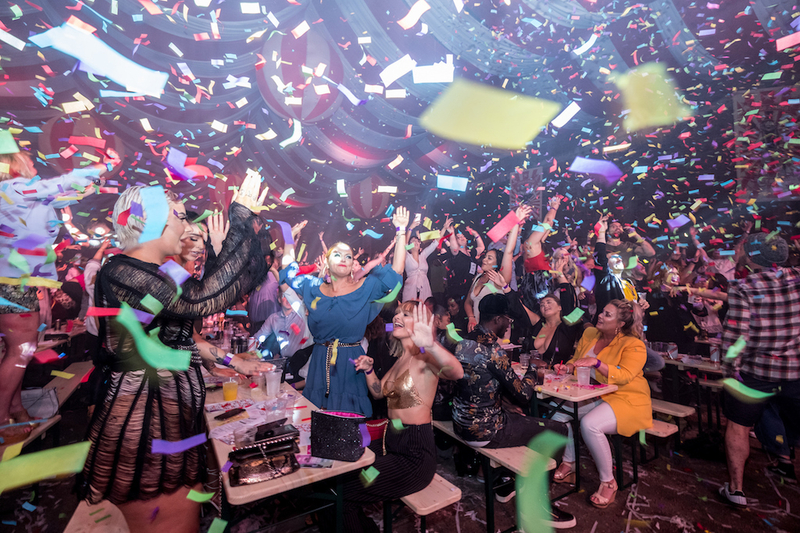 These are Bongo’s Bingo’s biggest ever – and they mean EVER – two shows, hosted by Jonny Bongo and his team. 90s Forever will feature production and sound on a scale never seen before with massive prizes and everything amped up to the gargantuan max. The Exhibition Centre Liverpool will help bring the show to a whole new level for thousands of players each night, with loads of classic 90s tunes and singalongs from this vintage era. And of course, there are some very special guests dropping in too.

Brazilica is the UK’s largest celebration of Brazilian culture, the highlight of which is the spectacular street carnival which winds its way through the city centre streets on Saturday evening. The Brazilica after-party will take place at District in the Baltic Triangle, showcasing some of the amazing performers from UK samba bands as well as Brazilica DJs playing house, samba and all things Latin.

August is a big month for Good Market, with three specially curated markets throughout this month. Each market offers a new experience, with a range of retailers, each handpicked for the market, bringing you some of the best independent creations out there. Be it food, drink, homeware, or art, you name it, Good Market has it. Expect good vibes, live DJs and a boss market. The other dates in August are Dovedale Towers, Penny Lane on Sunday 14 August and Lush on Church Street, Saturday 27 August. 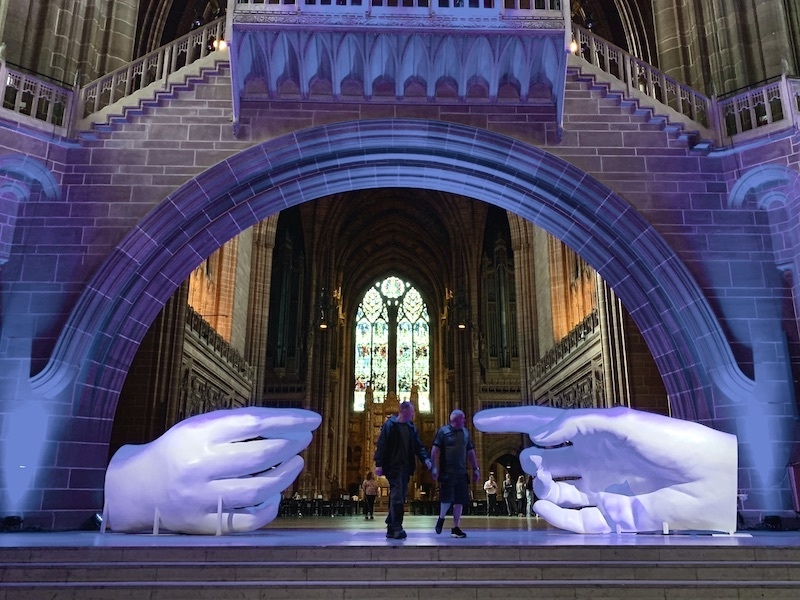 BEING HUMAN | LIVERPOOL CATHEDRAL | UNTIL 30 AUGUST

This free exhibition is the latest collaboration between Liverpool Cathedral and acclaimed sculptor and artist, Peter Walker (Peace Doves). Exploring what it means to be human and how we connect with others in a changing world, the exhibition is made up of four installations: "Connection", "Creativity", "Identity" and "Reflection". Situated at the heart of the Being Human exhibition, "Connection" is a contemporary twist on Michelangelo’s Sistine Chapel masterpiece, The Creation of Adam, which depicts God’s hand reaching out to meet Adam’s finger. 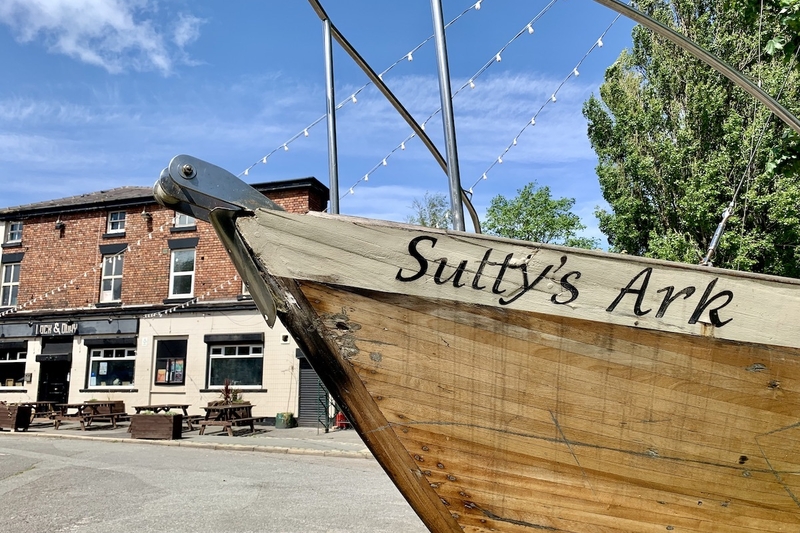 A swashbuckling mix of live music and entertainment, with family activities, fancy dress, canoe on the canal, "Walk the plank", a treasure hunt and more. All in the setting of a brilliant community pub with cracking real ales. Music comes from the Old Time Sailors and Xander & the Peace Pirates. 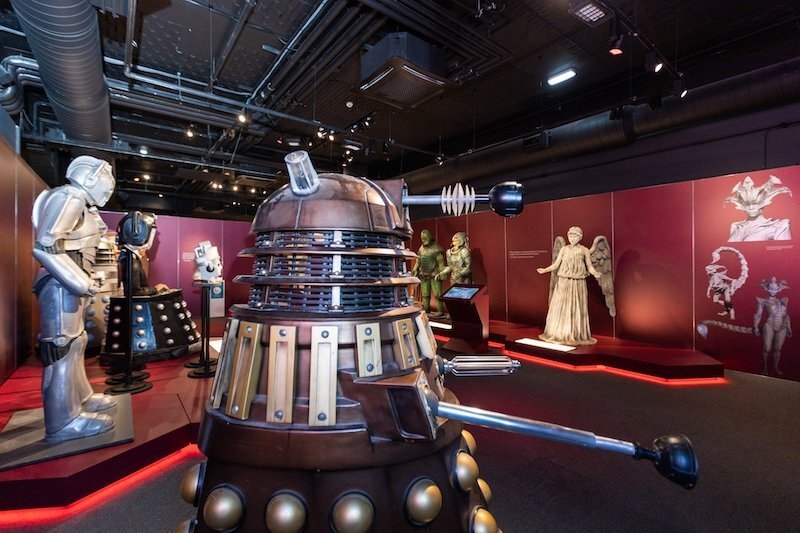 DOCTOR WHO - WORLDS OF WONDER | WORLD MUSEUM | UNTIL 3 OCTOBER

This new exhibition promises to plunge Doctor Who fans of all ages into a scientific universe to explore the longest running science fiction show in the world. Through a range of hands-on immersive experiences and interactive content, visitors can journey through Cosmic Curiosities, visit the Monster Vault, and discover more about the time travelling Police Box in the TARDIS Tech room. The blockbuster exhibition will include contributions from stars across the fields of science and entertainment.

Read more: To the TARDIS! Doctor Who lands in Liverpool 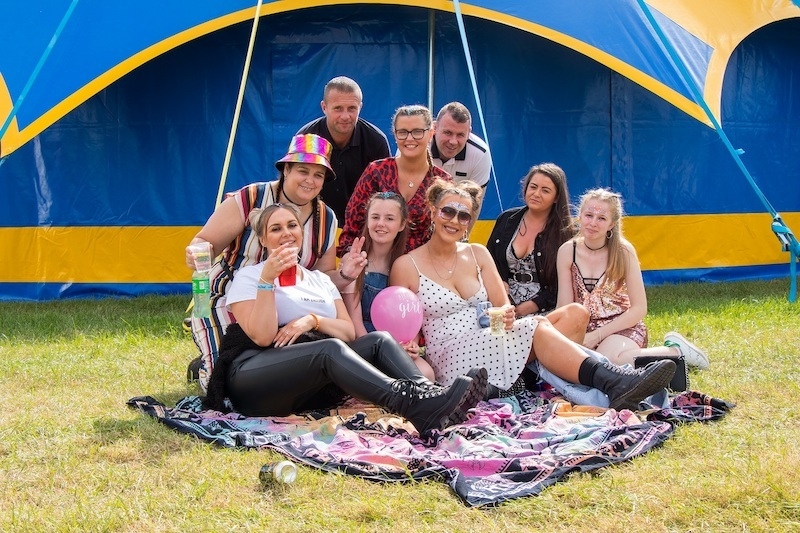 The weekend line-up includes headliners Sophie Ellis-Bextor, Heather Small, Betty Boo, Scouting For Girls and Dodgy. Friday is Old School Dance Anthems day, and while adults can relive their youth to the sound of Symphonic Ibiza and Sonique, mums and dads can also introduce youngsters to their Ibiza youth with a special "I’m a Little Raver" family rave. Pirate Day returns on Saturday with parades, street performers and fancy dress. Deva Fest 2022 also features a comedy tent, Gin & Prosecco Festival and a second open-air, stage hosting a mixture of up and coming bands, DJs and local talent.

This national art project is aimed at transforming understanding of the transatlantic slave trade and its ongoing impact on society. Ten large globe structures will make up a free public art trail across the Liverpool City Region, bringing to life the reality and impact of transatlantic slavery and inviting the public to think about ways to make racial justice a reality. There will be a walking trail of five large globes located around Liverpool city centre, with five more in prominent locations in Halton, Knowsley, Sefton, St Helens and the Wirral. Liverpool installations include Caroline Daly's Stolen Legacy: The Rebirth of a Nation on College Lane and Ras Akyem's Mother Africa outside Central Library. 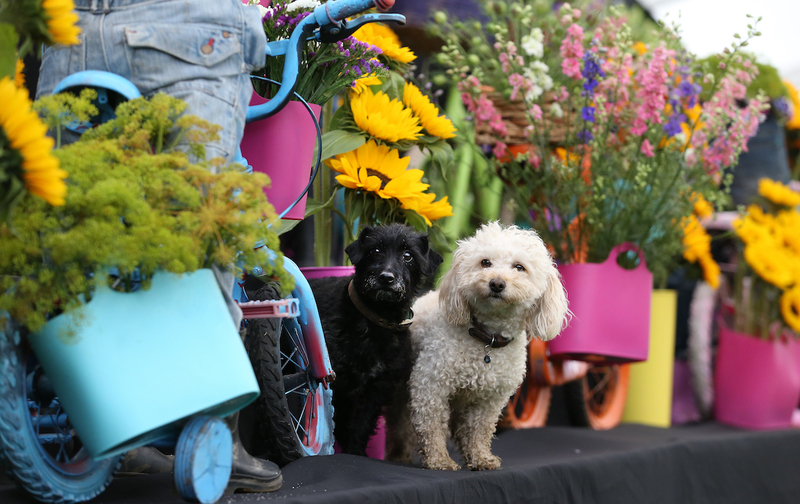 Loved by gardeners and green-fingered gurus, this annual event is much more than just a flower show. Visitors to the cookery theatre are in for a real treat this year, with guest chefs including Hairy Biker Si King, Lu Ban's Dave Critchley, Ellis Barrie from Lerpwl and Jemma Melvin, a home baker from Southport who created the official pudding for The Queen’s Jubilee. Expect a a wealth of gardening advice from experts including Adam Frost from Gardeners’ World, ITV’s Love Your Garden presenter Katie Rushworth and Daisy Desire, who is known to thousands of Instagram followers as the Drag Queen Gardener. Kids go free and visitors can also bring along their four-legged family members with pet dogs allowed on the site. 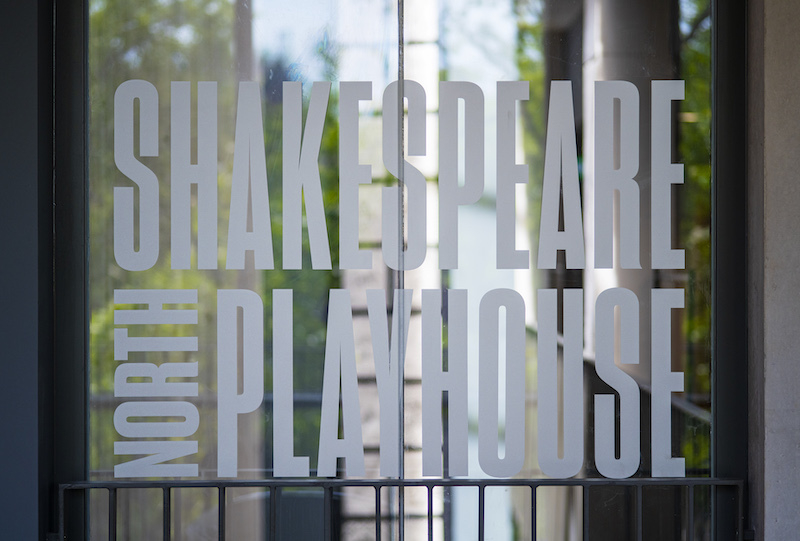 Commemorating the history and ongoing legacy of the transatlantic slave trade. Through a series of activities, talks and events, National Museums Liverpool will reflect, remember, and encourage learning from the injustices of the past and examine how we can work together to prevent them from happening again. Central to the 2022 programme is the Dorothy Kuya Slavery Remembrance Memorial Lecture. This year’s lecture – delivered by Bonnie Greer and special guest Laurella Rincon – will be delivered on 22 August at Liverpool Town Hall. 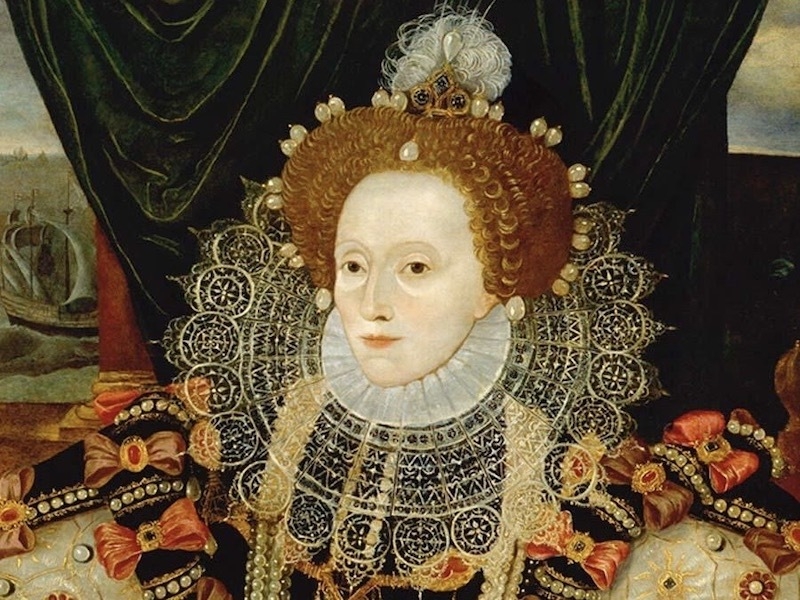 A packed two days of arena entertainment headlined by the Bolddog Lings FMX Team - the UK's top freestyle motocross display team and official stunt team of Honda. The show promises to have audiences on the edge of their seats with daring stunts, heart-stopping tricks and non-stop aerial action – some with riders giving live commentary to the crowd as they fly 35ft in the air. On the main stage, Heather Small headlines on Saturday and on Sunday there’s a chance to break out all those groovy disco moves with Boney M, featuring Maisie Williams. 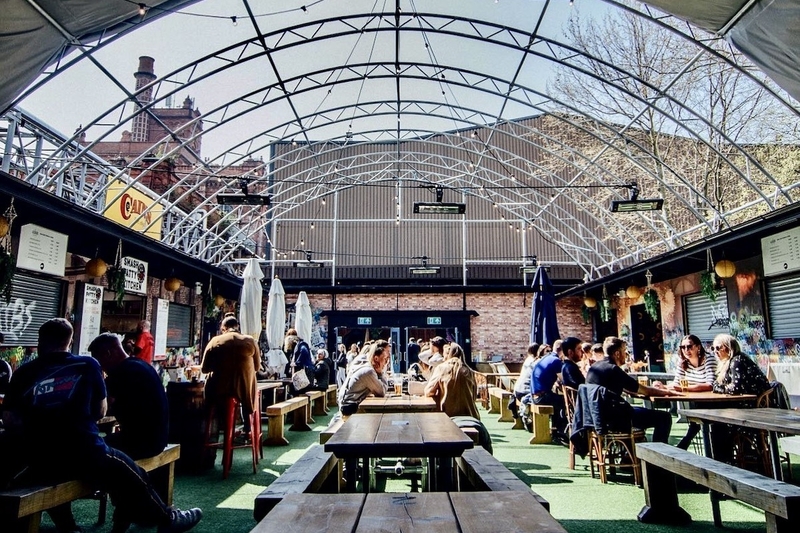 The Twins Flavour Liverpool have teamed up with a host of local businesses representing Latin American, Caribbean and Spanish influenced street food for another instalment of the popular street-food-fest in the Baltic. As well as the Twins own Colombian food, traders include Esto es España, Crazy Churros, Desserts by Dre, Iulius, Julia Peruvian cuisine, Norteño tacos, and El rincón de Betty. The cocktail stand will serve mojito, caipirina, piña colada, and other tropical faves, plus there's entertainment from DJ Kevin Plata, DJ T-Sounds, and a salsa performance by Karen Salsa and Liverpool Rueda. 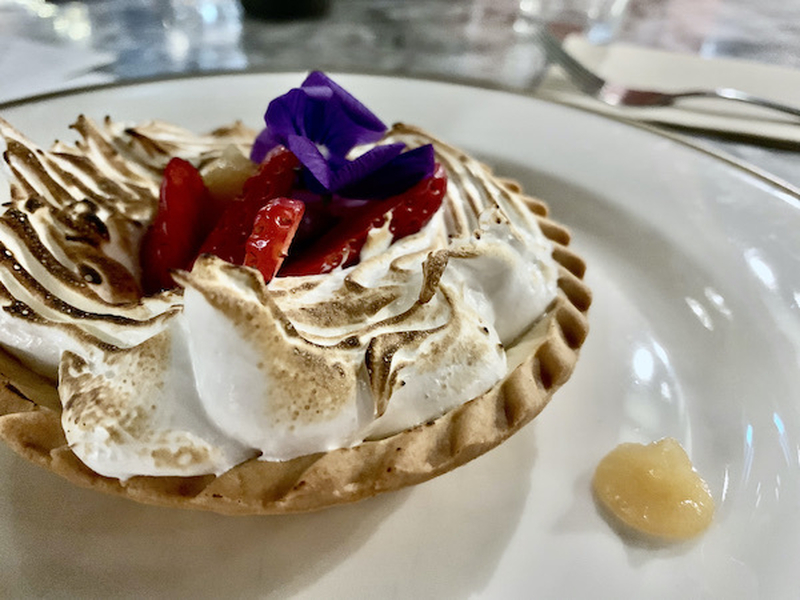 LEAF launches its second major themed month with a new focus; All About Art runs through August exploring creativity, collaborations and of course – tea. Events include Japanese painting workshops, calligraphy and macrame workshops, and a life drawing class. But our pick of the programme has to be the pudding club - five delicious desserts paired with loose-leaf teas. August’s two Pudding Clubs will have an artistic theme – think colour-splattered Jackson Pollock-esque desserts.