Restaurant Review - The Forest Side, Grasmere 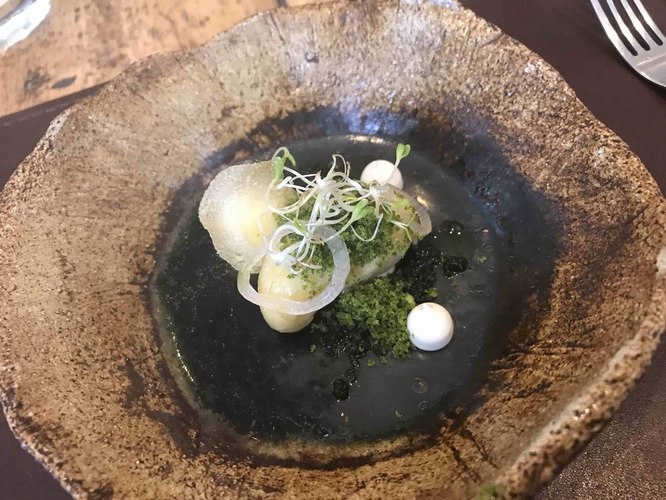 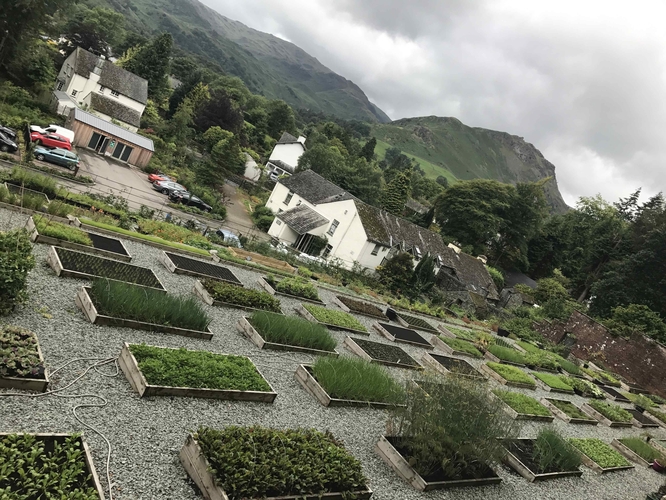 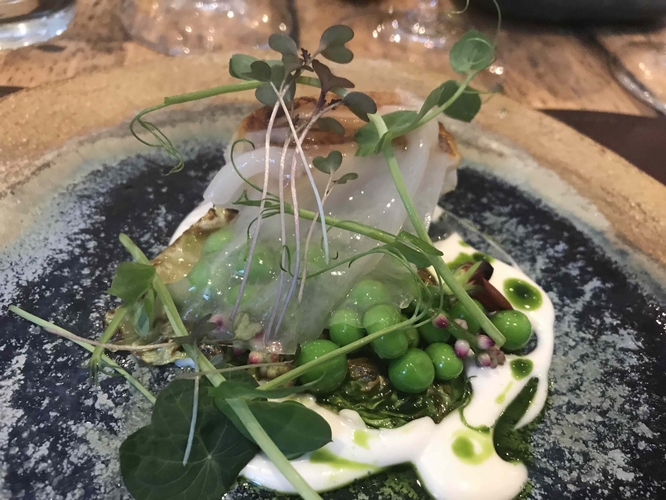 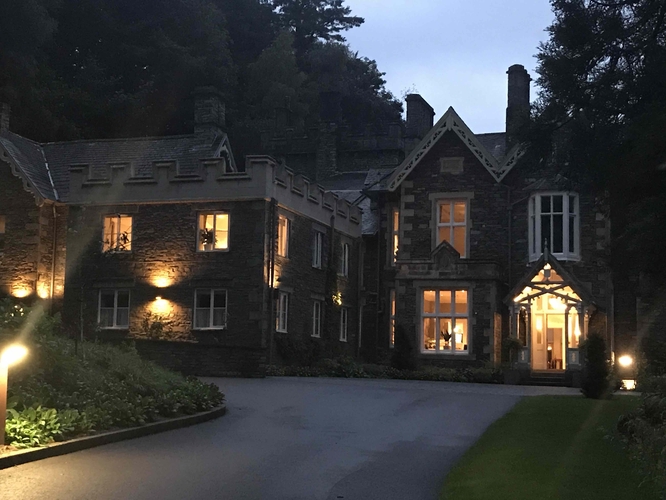 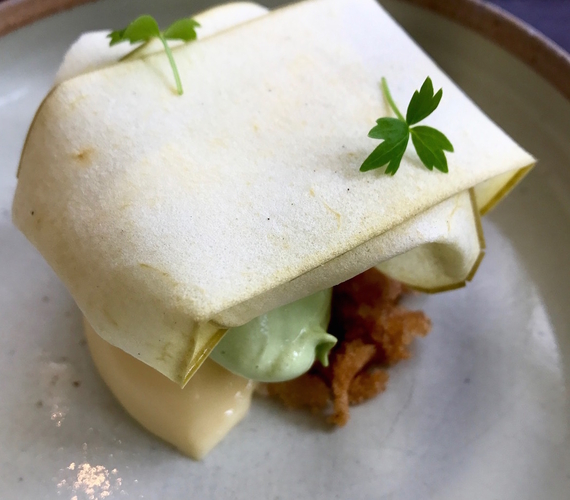 Dear reader, rest assured that no red squirrels were harmed in the making of our first amuse bouche. The furry little rarities were doubtless curled up with their nuts in the woods around Forest Side Hotel by the time we tackled our ‘Little Critter Fritter’. Quail, rabbit and GREY squirrel morsels fried in a black and grey crumb with a sharp little dip.

Dainty, exquisite and unlikely to have a significant impact on the UK’s grey squirrel population of 2.5 million, compared with just 120,000 reds. Grasmere is one spot where these endangered natives are encouraged to thrive; they even got through a recent outbreak of the deadly Squirrel Pox Virus.

So we had a pre-prandial squirrel safari, saw plenty of habitat signs but nary a bushy tail. Well, it was hossin it doon, d’ye ken?

Excuse me for tumbling into dialect. Blame the unleashing of my inner shepherd on a glamorous Michelin-starred country haven that names its tasting menus, in descending order (£95, £80, £60), 'The Grand ‘Un', 'The La’l ’Un' and 'The Reet L’al ’Un'. They arrive as a bundle of brown cards tied with twine, bearing the motto “inspired by the Cumbrian landscape” – and, yes, Herdwick Hogget will be along shortly.

Twee as Jemima Puddle-Duck’s bonnet, but it’s easy to forgive when a glorious succession of dishes arrives – first on scorched looking timber, then in the uber-rustic ceramic vessels favoured by the Blessed Offspring of L’Enclume.

Of course, the debts are obvious. Forest Side head chef Kevin Tickle was an integral part of Simon Rogan’s Cartmel empire, notably as forager in his native fells and woods (he must know where the squirrels live), while the hotel general manager ‘French Franck’ Delatang, restaurant manager Gareth Newton and head sommelier Charlie Carron Brown are also ex-L’Enclume. All this legacy shows in the slickness of the operation.

As with Rogan’s head chef for almost a decade, Mark Birchall, now at Moor Hall restaurant with rooms near Ormskirk (given a 19.5/20 by Confidential's Mark Garner) you feel the proteges are now serious rivals, growing into their own visions.

Getting to grips with The Grand ‘Un

Beetroot, Ragstone Another cheese sourced from Courtyard Dairy (source of the cheese board a £15 a head supplement), here the unpasteurised goat’s milk Ragstone is pureed and forms a playful  Abstract Expressionist collage with splashes of beet, a mini-crumpet providing substance. 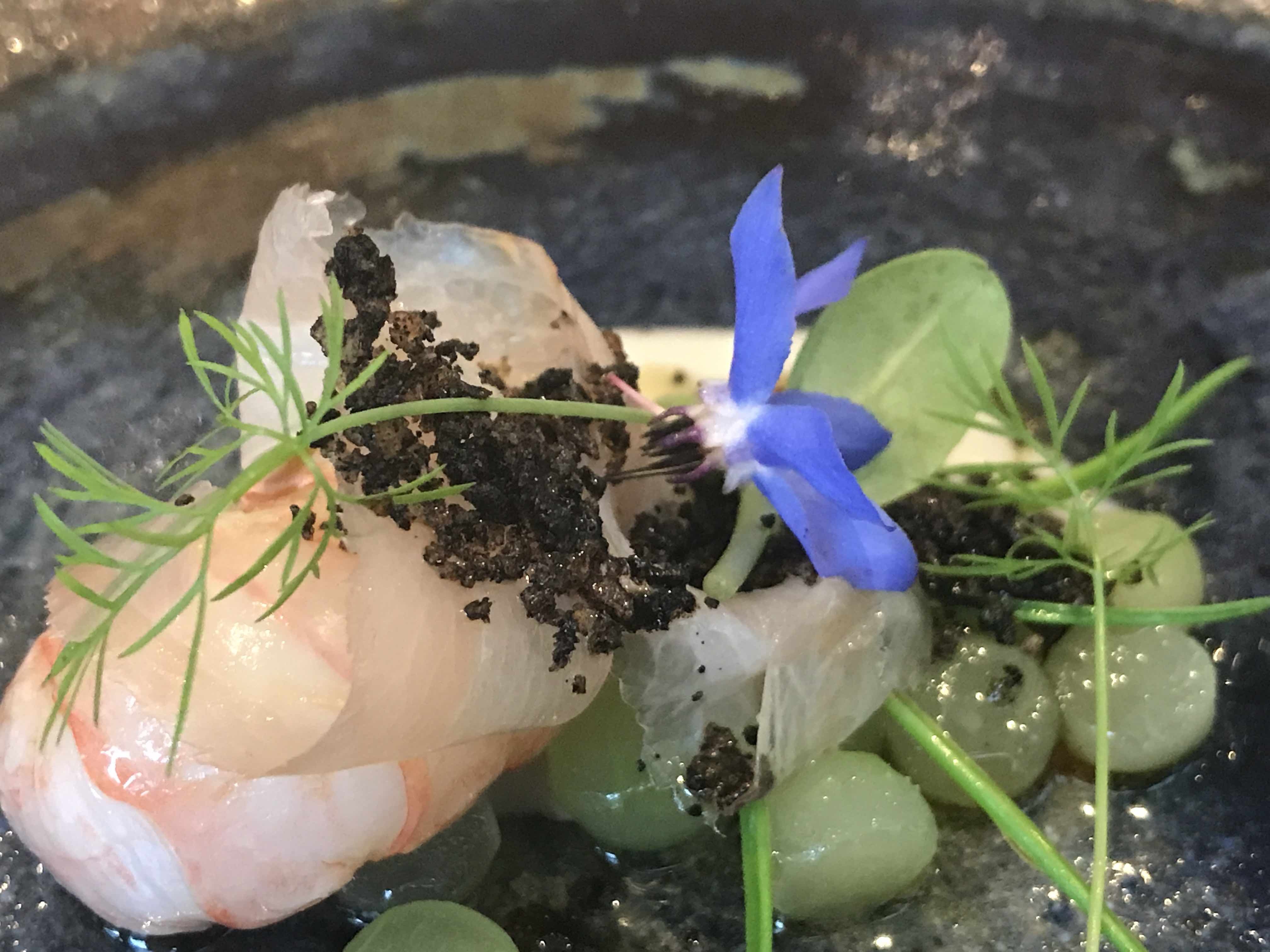 North Atlantic Cod, Oyster, Peas, Dill Welcoming cod back to the sustainable fold, a delicate seasonal  treatment with fresh peas, the anise tang of dill and a savoury oyster emulsion.

Will and Emma’s Herdwick Hogget, Garden Shenanigans No, I forgot to ask who Will and Emma are, but the toothsome yearling lamb they raised gets star billing – three ways as they say, including sweetbreads, an inspired match with a hay-infused custard. I don’t think shenanigans is Cumbrian dialect, but it’s a cute way to describe the mini-garden of salad and herbs that accompanies.

Loganberry, cow’s milk, lemon verbena Another clever flower-strewn idyll on a plate, the loganberry and lemon verbena inn such harmony.

Apple, Buttermilk, Yoghurt Such a lovely conclusion, a wafer-thin wrap of apple atop a light sponge with a buttermilk custard and piercingly herbal lovage ice cream

Sounds a mite hempen/homespun earnest? Think again. Wildsmith’s design nous has created a dining room with dazzle and a staff who radiate warmth and knowledge (shame about the green tweed waistcoats, though, and that current tic for sous chefs coming out of the kitchen to serve you), while the food supposedly rooted in Cumbria had a California meets Scandinavia vibe about it at times.

Adding to the jollity was sommelier Charlie, twentysomething university refusenik who escaped to mop floors as the lowliest of the low at The Ritz, rising in the ranks through his passion for wine. For white wine predominantly, it seemed, as he steered us ebulliently towards a Southern Rhone Roussanne blend from St Peray, interspersed with excursions into Australian Riesling and a return to the Rhone for a glass of twelve year old Chateau de Beaucastel Blanc (Rousanne again) from Chateauneuf du Pape; oh, and somehow along the way there was a glorious glass of biodynamic, wild yeast Xinomvaro Rosé from Greece and for the hogget a slatey Cabernet Franc red from Bourgeuil in the Loire. It’s a good thing we decided against doing the wine flight.

The imaginative list, full of surprises, is sourced from merchants as diverse as Dynamic Wines, Buon Vino and Yapp and undoubtedly played its part in Forest Side’s swift elevation to a Michelin star only a year after opening.
Of course, they are playing the Michelin star game, just like Gilpin down near Windermere, whose long lost star has just been restored under another very interesting chef (with strong Asian influences), Hrishikesh Desai. The English Country House Hotel was invented in the Lake District by Francis Coulson and Brian Sack just after the Second World War. Good to see such a resurgence up there, foodwise both looking to roots and globally. And what’s grander than a bed just upstairs after a ten course tasting menu?