The next stage of Operation: Get Stuff Back To Normal has now kicked in, and with it comes the chance to return to much-missed boozers and restaurants without having to chuck on our best base layer thermals.

If you’re feeling antsy about getting back onto the city break bandwagon after a year off, however, a rural overnighter could be a handy first step in your return to civilisation. Allow us to assist.

Here are 10 pub getaways stretching across the North. 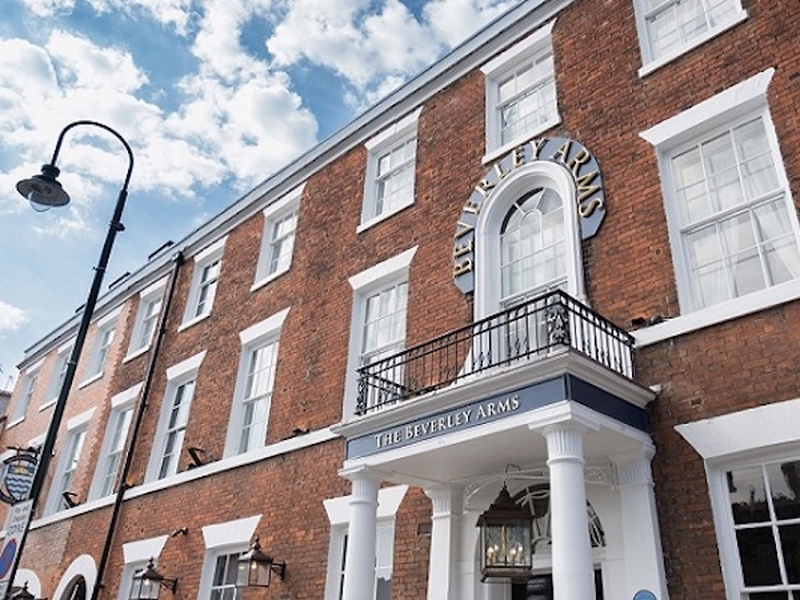 The Beverley Arms stands proudly out there on the eastern extremities of the M62 in the market town of, yes, Beverley. A sensitive revamp a couple of years ago must have cost a fair few quid, and plush bedrooms may come with views over the gothic Minster. The Georgian quarter locale makes for a pleasant pootle before hunkering down in the light-filled, glass-ceilinged dining room, or outdoors in the courtyard for generous pubby offerings. There’ll be burgers, steaks and (but of course) a pie of the day. 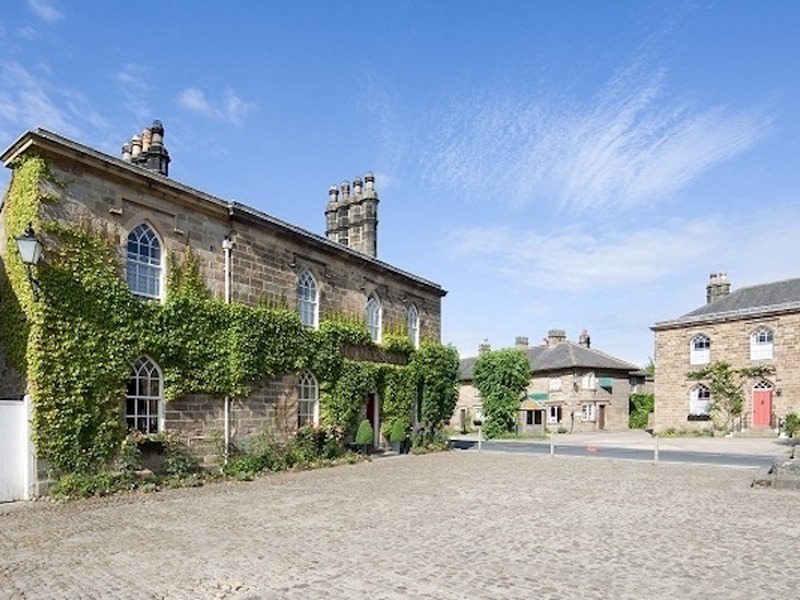 A village hub for quaint Ripley, The Boar’s Head is a short hop from Harrogate and, handily, on a regular bus route to Ripon that’ll drop you off at the door. Arrive early, like the well-organised traveller that you are, and get your pre-pint history fix with an entertaining tour of next-door’s Ripley Castle. Twenty of the subtly spruced-up bedrooms are within the pub with an extra four based over the road. It’ll be a classic of the pub repertoire for tea. Liver and onions? Yes, please. 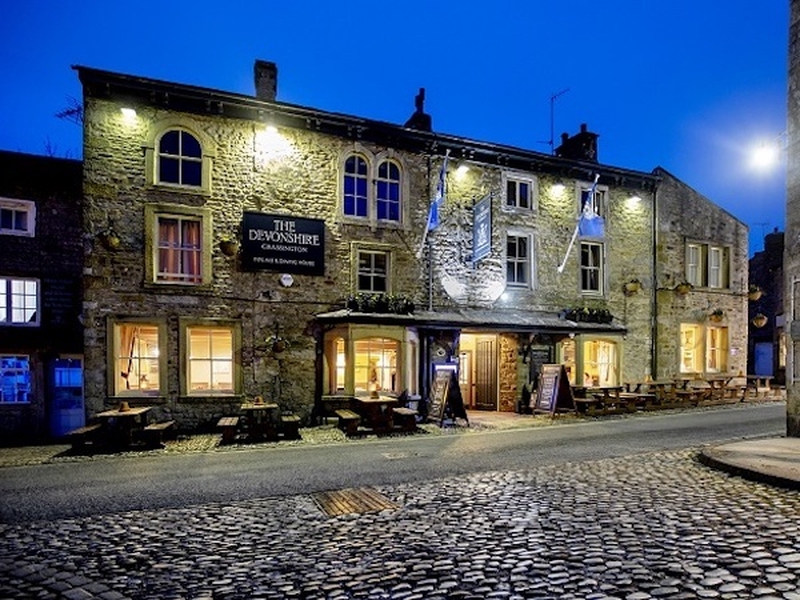 You might recognise The Devonshire from when you binge-watched the reboot of All Creatures Great and Small that day during lockdown. You were hungover, remember, and weeping salty tears of joy at how Siegfried turned out to be a jolly decent chap after all, despite his po-faced exterior.For this, in its on-screen iteration, is The Drover’s Arms. An archetypal Yorkshire Dales pub, there’ll be classic Timmy Taylor’s beer kept in good nick on the bar and a simple, crowd-pleasing food menu that’ll do the job after a thigh-burning yomp up hill and down dale. 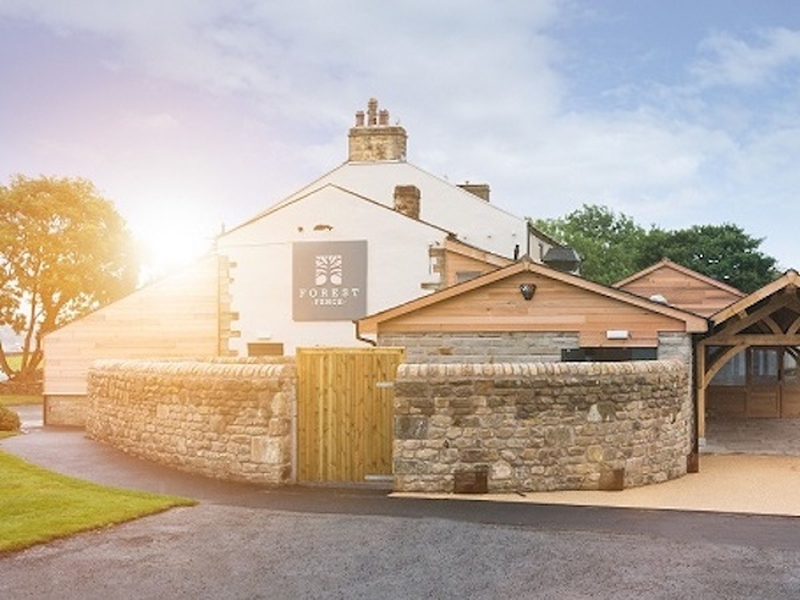 “Balmy climate” and “the North” aren’t words you see together too often, but that’s de nada at The Forest (recently acquired by The Oakman Group), where a Mediterranean-infused menu provides its own welcome hit of sunshine. Koftas, croquettes and clay-pot pork rub suntanned shoulders with pub classics and a dapper-looking pizza set-up. A virtuous amble up Pendle Hill might make that first pint feel well-deserved but basking in the beer garden isn’t without merit either. Either way, one of eight smart bedrooms will provide first-class kip. 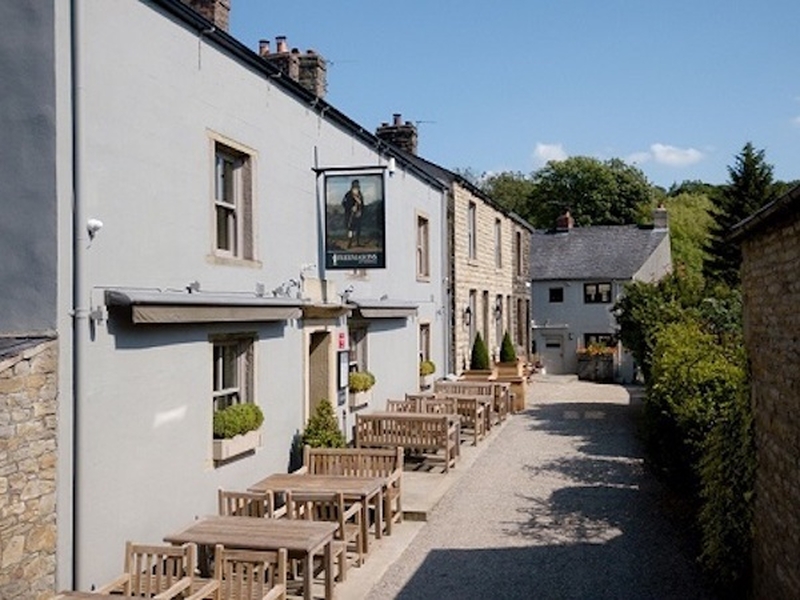 Yes, there are (currently) only four bedrooms at The Freemasons and no, they don’t come cheap, but it’d be remiss not to include one of the north’s most stellar spots on this list, wouldn’t it? Be smart and time your visit knowingly, which is to say midweek, when the overnight package includes a tasting menu that, although striking and inventive, is never showy for the sake of it. Bedrooms look and feel high-end, but this is still a proper pub and you’re welcome to put the world to rights over a pint and a bowl of chips. 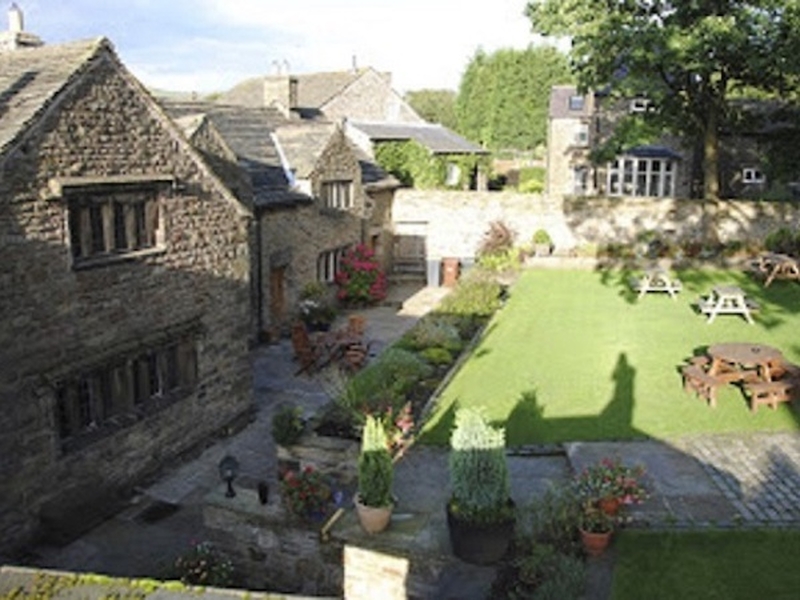 Head down to High Peak for some sixteenth-century splendour at the family-run Old Hall Inn. Each of the broad-walled, classically-styled bedrooms above the pub is unique and, if they’re fully booked, try sibling spot the Paper Mill Inn, just yards down the road. Scran might be a well-executed traditional game pie or something from one of the globally-themed kitchen pop-ups held regularly. Conveniently, the Manchester to Sheffield train stops close by. We’ve thought of everything. 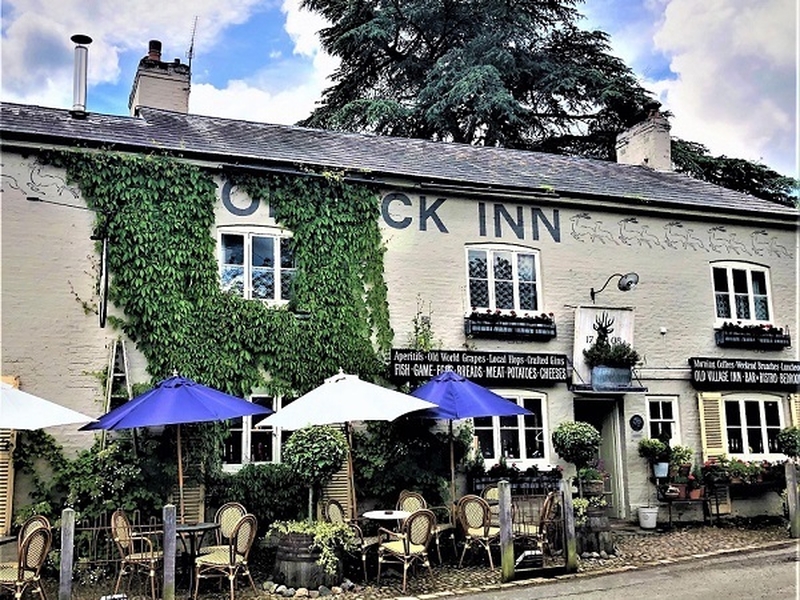 Why bother with that trip to rural France that you’ve had to cancel, rearrange and then cancel again when you can rock up at the Roebuck instead? Imagine, if you will, Edith Piaf elegantly sipping a pint of frothy-topped bitter at the bar and you’re halfway there. Part olde worlde village inn, part “petit bistro and hotel”, there are six warmly furnished bedrooms with a smattering of leather armchairs, roll-top baths and log fires throughout. For tea, go Francais with bourguignon and dauphinoise, or keep it Anglais with haddock and chips. 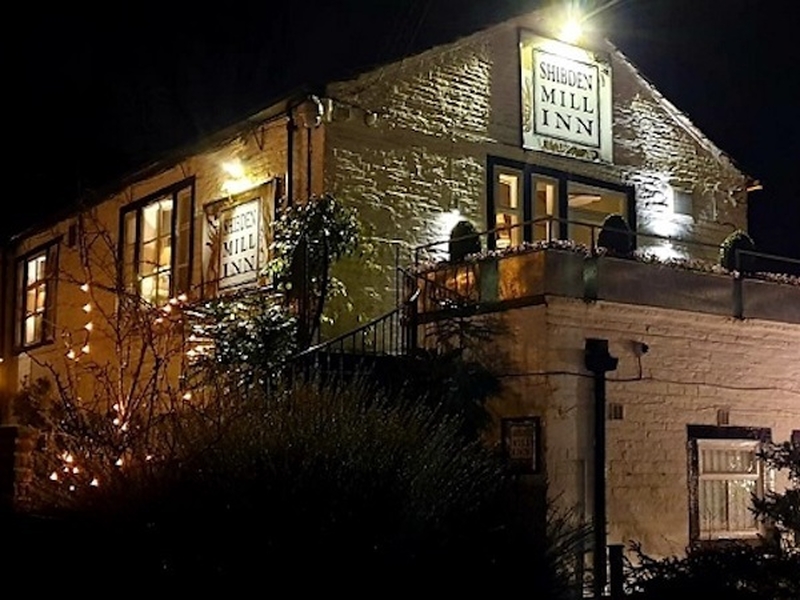 Don your lycra and have a bash at the vertiginous Cotes de Shibden Wall, a muscle-sapping section of the Tour de Yorkshire, before bedding in at The Shibden to reduce the heart rate to a more sedate level. Some aspirational and occasionally left-field cooking has bagged this spot a well-deserved place in the Top 50 Gastropubs for two years on the bounce. Original features are met with bright bursts of colour in 11 tip-top bedrooms. The Anne Lister suite will cater to your roll-top bath needs. (Read Confidentials' review of The Shibden Mill Inn here.)

Bed and Breakfast from £95 in a double room 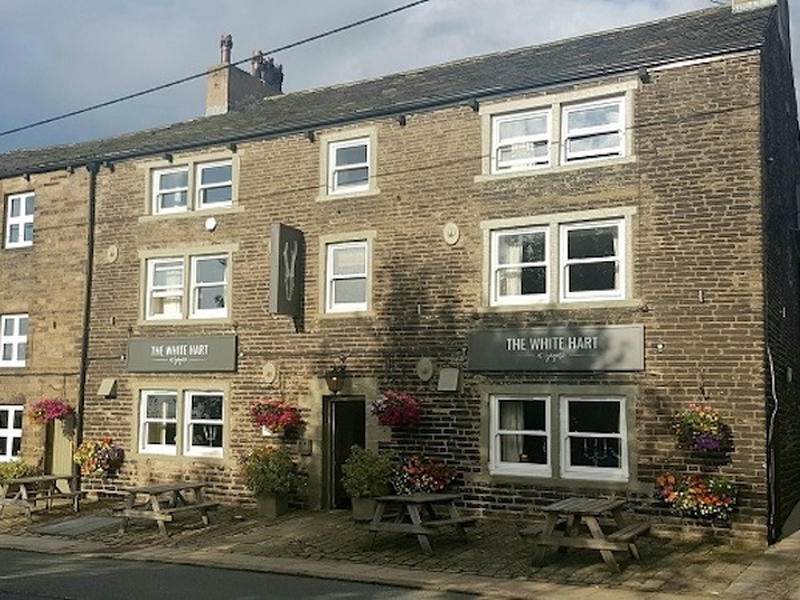 If you’re of a brooding nature, get over to The White Hart and pensively take in the wide-screen views over Manchester from the Slaithwaite hills before retreating indoors for sustenance. Get elbow deep in pints and pub staples in the Brasserie or posh it up in the Dining Room with a cocktail by candlelight. There are 16 bedrooms to choose from and plenty of history to soak up in this former police station/schoolhouse/World War Two lookout point. 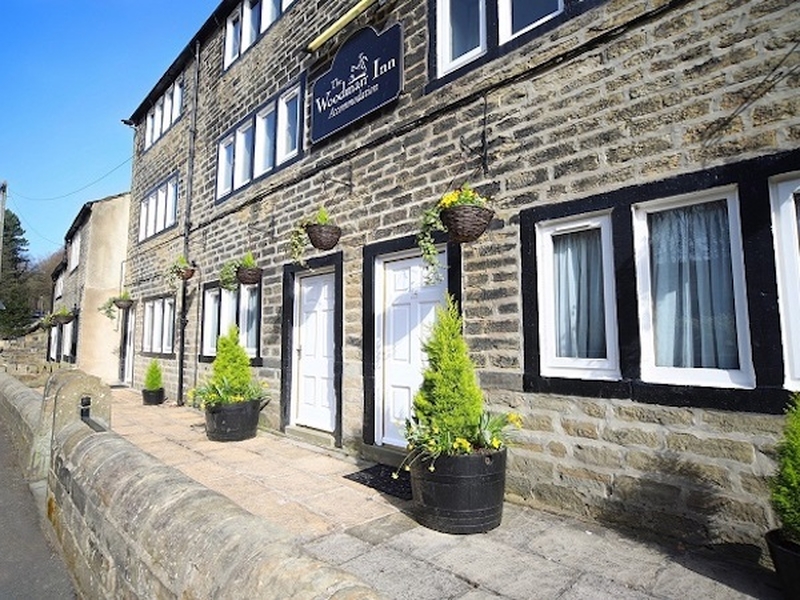 It’s worth a jaunt to the leafy outskirts of Huddersfield for the dramatic name and location combo alone. The Woodman. Thunderbridge. Sounds ruggedly inviting, doesn’t it? And it is, but there are swishes of elegance throughout, too. Exhibit A: bar snacks, where sausage rolls and crispy pig’s ears are dished up with far more elan than their homely origins might imply. Lockdown’s been a busy one, with three handsome cottages being added to the Inn-house (sorry) accommodation.