Steph Whalley has a taste of South Korea, Portugal and Argentina - all via Wirral

My travel itinerary over the last 18 months has consisted of the following - bathing in Dead Sea healing salts, courtesy of a bag of bath salts from Savers; "abseiling" down the stairs from my bedroom to the sofa; and moonlight alfresco dining, inhaling the remains of a disposable barbecue. It has been non-stop exhilaration. I need a bloody holiday to wind down.

I’d like to see that thick, sticky honey clinging to the chorizo

Fortunately, my taste buds have actually been on a bit of a travel spree. If you’ve read any of my other ramblings on Confidentials, you’ll know I’m a bit of a “Wirral wanker”.

Definition: a person who demonstrates such strong advocacy for the coastal peninsula that they receive innuendo-based ridicule from other non-dwellers. True to form, I’m back with another reason to pay us a visit and it comes in the form of tasting plates and drinks from around the world.

Tasting Bar and Kitchen is a labour of lockdown love. While some of us rinsed Netflix so hard we’ve permanently damaged our IQ, others were building an empire based on a love of world travel and global gastronomy.

Those in the latter category included two friends, Gill and Amanda who, over the course of their 25-year friendship, have travelled far and wide together, eating and drinking their way across the continents. They decided to bring a taste of their far-flung wining and dining back to the Wirral in opening an intimate concept restaurant showcasing “destination plates”.

I believe the destinations will change from time to time, but during our stay the menu revealed we’d be taking edible excursions to South Korea, Portugal and Argentina.

We had been hankering after the al fresco table for two to soak up the golden hour haze, but alas, the place was fully booked for the night - a good sign. We nestled into a small table in the teeny tiny venue, instantly engulfed by a cacophony of midweek revellers clinking glasses and clattering cutlery - another green flag.

I was keen to see if the food and drink would match up. The verdict? A bit of a mixed bag really. All decent, most good, some great; nothing that wasn’t perfectly palatable but some morsels I wouldn’t be inspired to write home about - but for the sake of giving you the scoop, I will.

Starting with the great (like, really great) kimchi fried jasmine rice with various technicolour vegetables, tossed around with a tangy kimchi red pepper paste - utterly umami. The kind of dish that would cause Nigella to make sounds on the TV that would leave your nan red-faced. The spattering of textures and deep, savoury flavours were truly divine. So divine, in fact, we made like Oliver Twist and asked our waiter for “more, please”.

My Big Apple cocktail, muddling apple liqueur and Midori, was also on the great list - an elegant, neon-green short, equal parts sweet and zingy, like a grown up’s Apple Sourz. If you want to lean into the restaurant's tasting concept more, there’s always the gin tasting tray or the wine tasting tray featuring three wines from the ample selection by the glass.

Moving onto the good stuff, let’s start with the bulgogi - strips of steak seared in a soy, sesame, ginger, kimchi red pepper and garlic marinade, served with sticky jasmine rice. The flavours here were powerful and the presentation was on point too. The only factor standing in the way of the bulgogi’s greatness is that the meat could have taken a little less chewing for my jaw’s liking.

Next came a bowl of pan-fried chorizo - coins of salty pork sausage with red wine, red onion and honey. Now, these ingredients are the stuff of edible euphoria but the dish was lacking a little cohesion between them all. If I were to order this again - and I would - I’d like to see that thick, sticky honey clinging to the chorizo, cutting through the robust acidity of a rich red wine and onion glaze. It’s good but I know it could be great.

Last but not least we had the salted cod fishcakes with lemon aioli and our alfajores for dessert (sandwich cookies filled with dulce de leche, FYI). Just because something is beige doesn’t mean it has to lack flavour and both of these recipes are in need of some refining.

The cookies were too dry (thank the lord for the locally-roasted macchiato we had to wash them down) and the fishcakes lacked some serious seasoning.

The menu recommends two plates each - we went for five between us both - and for a total of £75 (including a couple of drinks and one dessert), I want my tastebuds tickling more vigorously than that.

That said, I can see where these guys are going with the menu and I’m a huge fan of the concept so hopefully, after a few more months in business, we’ll see more plates making that great list. I’ll be more than willing to check in every now and again, just to make sure. 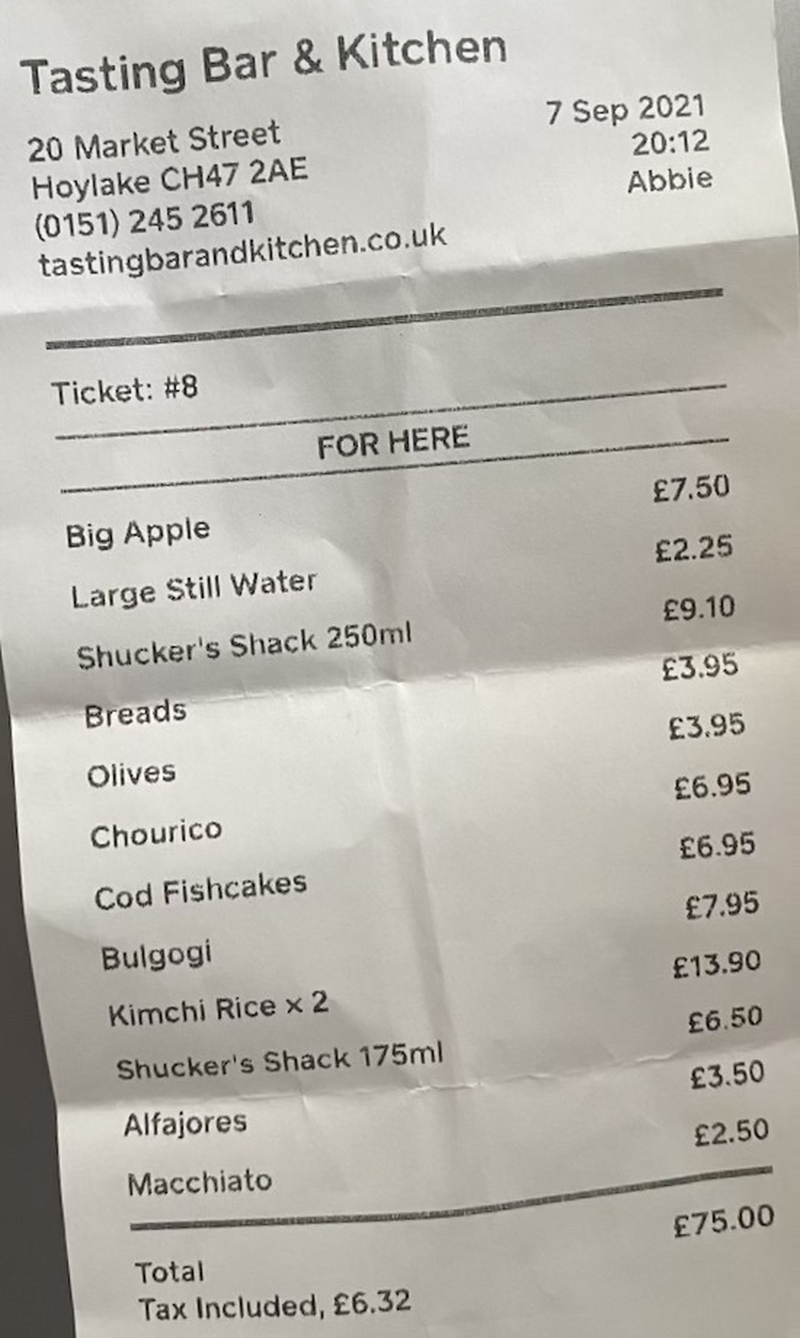