Maray makes it into the 2018 Good Food Guide

Major surprise for owner on the bus into work

MARAY has become the first Ropewalks venue to win a place in latest edition of The Good Food Guide, it was revealed today.

The popular Bold Street cafe is one of only 10 establishments across the North West to earn "new entry status".

It takes to 10 the number of Liverpool restaurants in the 2018 dining out bible.

Review: There's something about Maray

The news came as bolt from the blue for its owners, Tom Brown (28), Dom Jones (29) and James Bates (33), who learned about the accolade, only this morning, via social media.

They described it as “real validation” for Maray, which opened three years ago, self financed by the trio, in a tiny former clothes shop. It expanded last year to Allerton Road and currently employs 36 people.

Brown told Liverpool Confidential: “I was on the bus coming into work this morning when I looked at Twitter and we were being congratulated by our solicitor. It was the first any of us knew about it. We had no idea. We are delighted and, of course, still very, very surprised.

“To be included on a list of great Liverpool restaurants like 60 Hope Street and The London Carriage Works is real validation for the team and all their hard work. From the kitchen to front of house, we couldn’t have done this without them.

“We’ll be celebrating with them tonight.”

Elizabeth Carter, the guide's editor, says of Maray: “Inspired by the falafel eateries of the Marais district in Paris, the folk behind this small contemporary café offer food that leans towards the Middle East and have developed quite a following for their interesting range of small plates. F.H.T (falafel, hummus, tabbouleh) is considered something of a signature dish, but there’s also burrata mozzarella with pea velouté, honeycomb and lovage, and hot-smoked lamb shawarma with watermelon and saffron yoghurt.”

The Good Food Guide is compiled by combining reader feedback on restaurants up and down the country with anonymous inspections by a team of industry experts.

Elsewhere, the Waitrose published handbook has also announced its top 50 restaurants around the country with Moor Hall, which opened just four months ago in Aughton, leaping straight in at no 26.

The luxury restaurant with rooms, from ex-l’Enclume chef Mark Birchall, is the highest rated new entry in this year’s guide, which gives it s 7/10 cooking score; glowingly describing it as one of Lancashire’s destination restaurants.

Meanwhile, on the Wirral, Marc Wilkinson’s Michelin-starred Fraiche, held its head high, leading the field for Merseyside and Manchester.  The Oxton restaurant was the only other local show in the top 50, taking 14th place, six places down from no 8 ranking in the 2017 guide. Guide inspectors gave it a cooking score of 8/10 as they did with Adam Reid at The French, in Manchester, which came in at no 17.

Within striking distance, that perennial favourite, Simon Rogan’s L’Enclume, at Cartmel, was one of only two restaurants nationally to score a perfect 10 - the sixth year it has done so.

Way to go: The 10 Liverpool restaurants in the 2018 Waitrose Good Food Guide 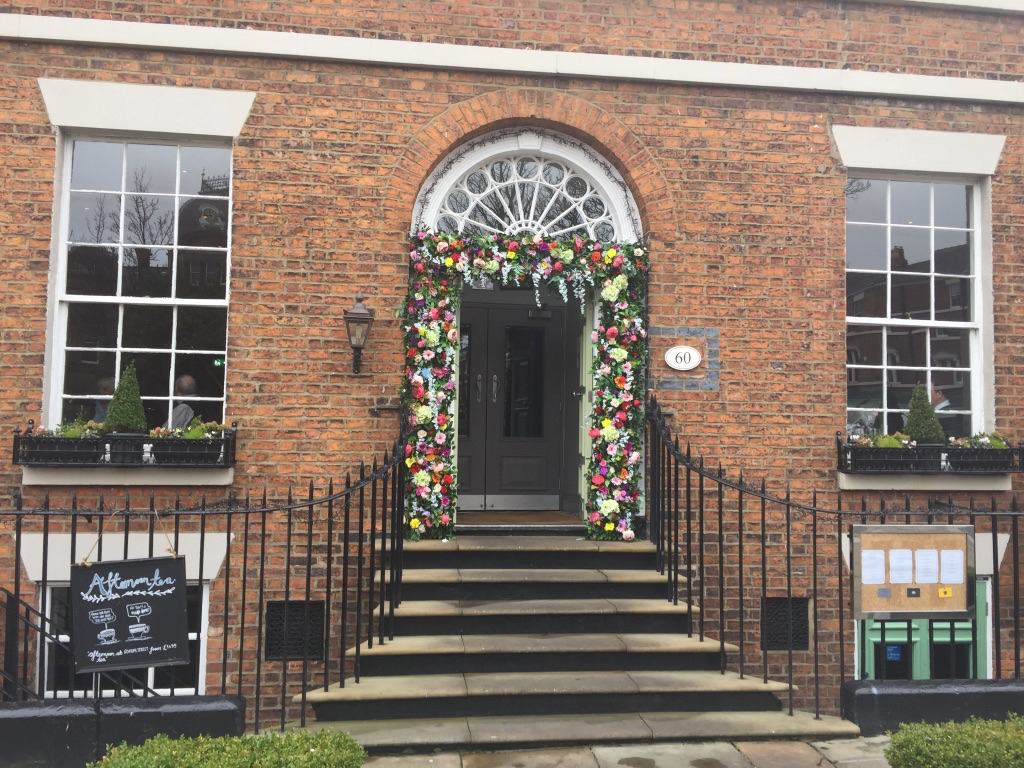