The time has finally come when we can see our two favourite Scousers on-screen together again. Calm down, Tinhead - we’re not talking about the rumoured Brookside reunion (although who wouldn't want to see what Jimmy Corkill and Sinbad are up to these days?)

Help is a new Channel 4 film drama starring Jodie Comer and Stephen Graham. Not since Ian Rush and Kenny Dalglish has there been a greater Liverpool dream team.

Jodie Comer's career rocketed with roles in Doctor Foster and My Mad Fat Diary, before winning an Emmy and a BAFTA for her portrayal of Villanelle in Killing Eve. The Childwall girl still has her feet on the ground - even with 1.8m Instagram followers - and in 2020, she revealed her favourite Liverpool hangouts in an interview with Vogue, including Ye Cracke, Penny Lane Wine Bar and Berry & Rye.

Stephen Graham is best-known for his roles in This is England and Line of Duty, as well as the BBC drama Time, where he gave an incredible performance opposite Sean Bean, in the tense prison drama about punishment and principles. 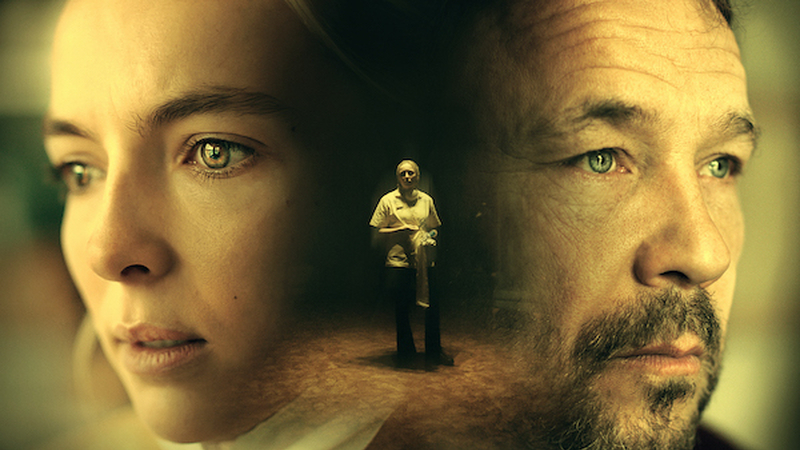 How was COVID-19 for you? Our answer - wouldn’t recommend it. However, this drama will no doubt have us gripped to our screens.

Set in a fictional Liverpool care home, Help tells the moving story of the relationship between a young care home worker (Comer) and a patient (Graham), whose lives are changed forever by the big ‘Rona.

Help - what is it about?

Sarah’s smart, but she’s never fitted in, not in education and not in work. Her family told her she’d never amount to anything but she unexpectedly finds her calling as a carer at Bright Sky Homes. Sarah has a special talent for connecting with the residents, including one in particular, 47-year-old Tony.

Tony’s young onset of Alzheimer’s has left him living out his days in care as his mind slowly deteriorates. His illness causes periods of confusion and violent outbursts, which the other members of staff can’t handle. But with Sarah he begins to build a real bond. Sarah’s success at managing Tony and the other patients helps build her confidence and restore her self-belief.

Coming soon @Channel4 Jodie @jackthorne & @marcmunden Thank you to each and every person who helped to make this. 🙏 pic.twitter.com/edMWGTGNJl
— Stephen Graham (@StephenGraham73) August 10, 2021

March 2020 hits and everything Sarah has achieved is thrown into doubt with the arrival of the Coronavirus pandemic. She and her colleagues tirelessly fight tooth and nail, ill-equipped, poorly prepared, and seemingly left helpless by the powers that be.

A determined Sarah goes to extraordinary lengths to protect those in her care, whose conditions make their suffering and isolation all the more traumatic. But the staff’s unwavering commitment, compassion and heroic efforts can only do so much, and Sarah is pushed into a dark corner and desperately looks for a way out.

The first screening of Help on Channel 4 will be at 9pm on Thursday 16 September.

It's produced by The Forge in association with One Shoe Films, for Channel 4. Help has received funding and support from Liverpool Film Office through its Liverpool City Region Production Fund.

The partnership between Scouse stars Jodie Comer and Stephen Graham is another exciting boost for the region’s film and TV industry which continues to play a starring role in the sector.

Despite the COVID-19 pandemic bringing the film and TV sector to a standstill, Liverpool still proved a screen hit in 2020 and was featured in 212 productions last year, including The Batman, The Irregulars, Time, So Awkward, Munich 38 and It’s a Sin.

Speaking to Liverpool Film Office, Jodie Comer said: “I am, of course, thrilled to finally be working alongside Stephen and the supremely talented Jack, Marc and those at Channel 4.

“For us to be able to explore such a relevant and emotive story through the eyes of such beautifully real characters, and in our home city of Liverpool, is a real honour.  We’re determined to do justice to so many of the untold stories and heroes that have been affected as a result of this crisis and to handle them with care.”

Stephen Graham said: “Jack is one of the greatest and most truthful writers of our generation and in Help he has crafted a profoundly important piece of social realism.

"I’ve wanted to work with Jodie for ages, and together we’re hugely passionate about shining a light on one of the biggest tragedies of our time and the people at the heart of it.”

‘The Beatles: Get Back’ - unseen footage of Fab Four features in new documentary

‘The Beatles: Get Back’ - unseen footage of Fab Four features in new documentary
● / Travel

Sound as a pound or bag o'shite? Have your say on the Liverpool markets
● / Things to Do

Interview: Iain Hoskins - ‘To me, it feels like it's the centre of the universe here.’
● / Live / Gig 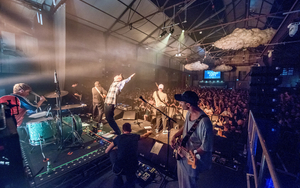