VISITORS to Liverpool usually head straight for the river, and why not? It’s one of the most stunning waterfronts in the world. But let’s rewind. Step off the train at Lime Street and right in front of you is one of the most magnificent streets in the city. William Brown Street is remarkable for its collection of beautiful public buildings. Neoclassical architecture towers over olde world cobbles - there’s a good reason these historic gems have been used as the backdrop for so many film productions.

In the 18th century, Shaw’s Brow, as it was originally known, was the heart of pottery production in the city and at that time a number of windmills lined the street to pump the water needed to create the product. In 1860, William Brown - a local MP and slave trader - donated land in the area for the building of a library and museum.

One of many street names in Liverpool connected to the slave trade and slave merchants, a plaque was recently put up on William Brown Street to acknowledge the connection and educate visitors on Liverpool’s history.

The landscape is dominated by St George’s Hall, World Museum, Walker Art Gallery and Central Library, but the area is also home to St John’s Park, The Steble Fountain, Wellington’s Column, The Hillsborough Monument Memorial and the Art Deco entrance to the Queensway Tunnel. There was even a festival here in 2017 called “Hope & Glory”. No festival today. 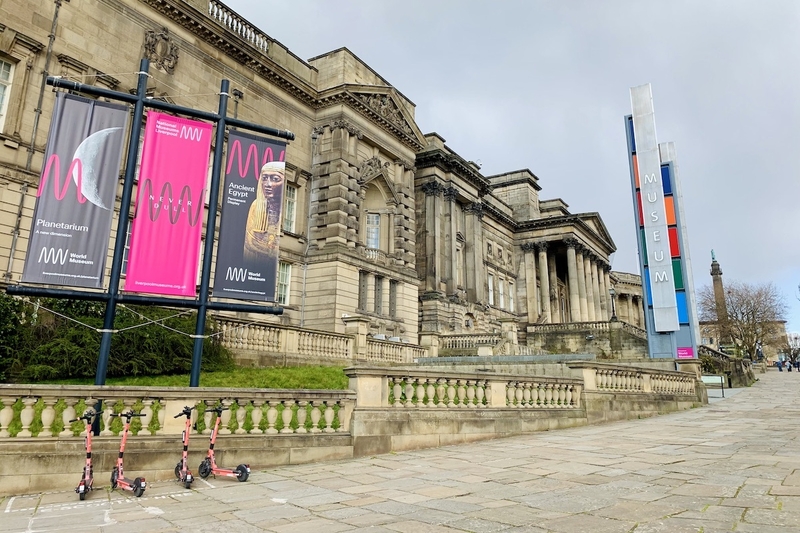 Collections and displays include life sciences, earth sciences and human cultures from around the world. Inside, there are over 1.7 million internationally significant artefacts and specimens; from ancient Egyptian, Greek, Roman and Anglo-Saxon antiquities to zoology, the aquarium, bug house, dinosaur display and planetarium. The museum has hosted some fantastic special exhibitions, from China's First Emperor and the Terracotta Warriors to Doctor Who: Worlds of Wonder. A family-friendly experience that will wow visitors of all ages.

Open Tuesday to Sunday and Bank Holidays, 10am - 6pm. Free entry to the main galleries, special exhibitions may have an additional charge. 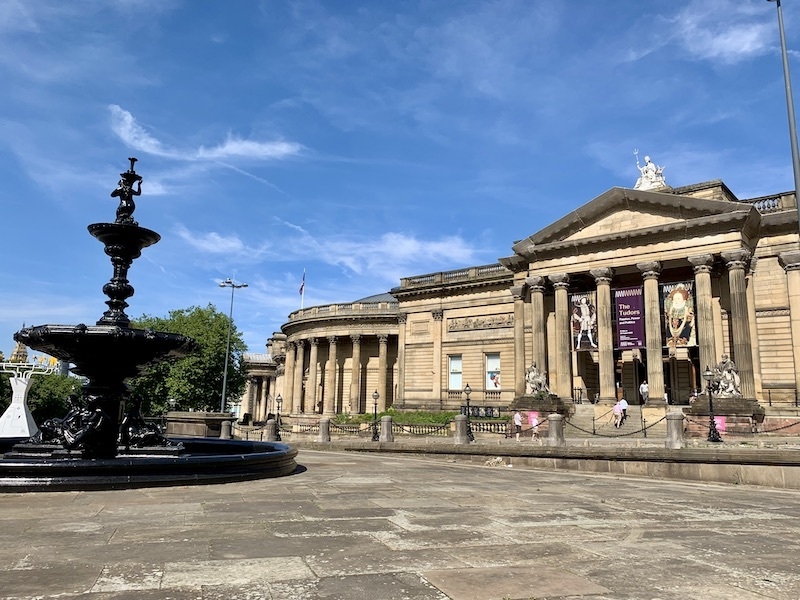 The Walker Art Gallery is the national gallery of the North and for 130 years it has housed Liverpool’s most outstanding art collection. Inside, you’ll find a diverse range of art on display including contemporary art and work from as far back as the 13th century. 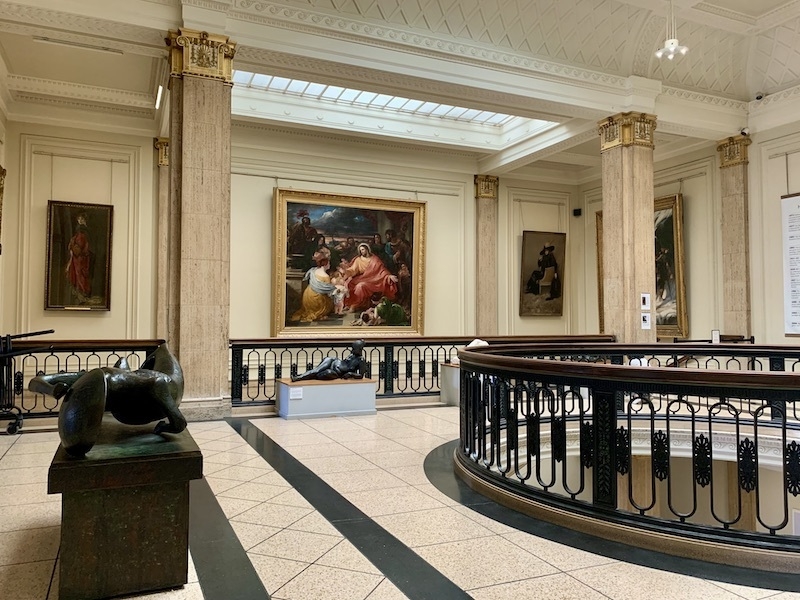 Paintings include European Renaissance paintings, masterpieces by Rubens, Rembrandt, Turner and Stubbs, Pre-Raphaelite artworks by Rossetti and Millais, Impressionist works by Monet and Degas and contemporary works by Hockney, Wylie and the winners of the John Moores Painting Prize. The Walker also houses an impressive range of sculpture, drawings, decorative art, fashion and video art, plus a dedicated children's gallery, Big Art for Little Artists.

Admission to the Walker Art Gallery is free, except for special exhibitions. Exhibitions are free for members. 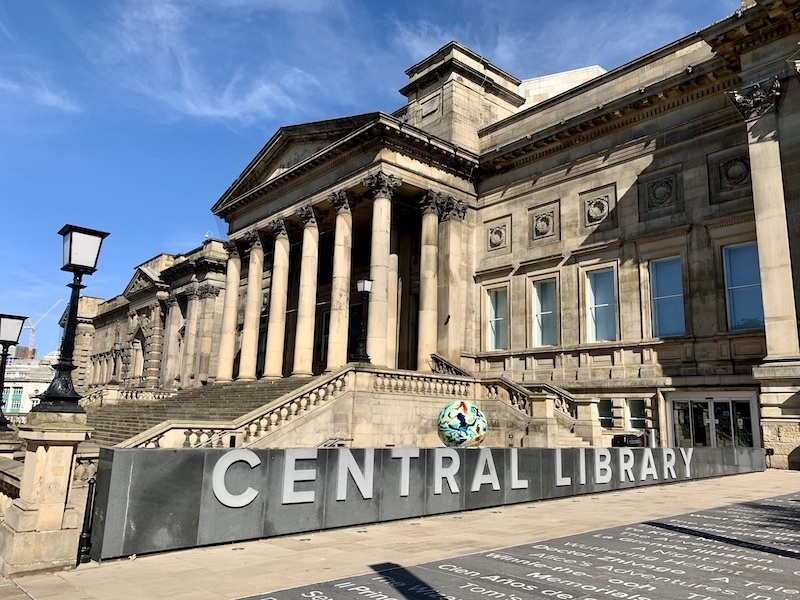 A visit to the library might not be on everyone’s wish list, but this is one stunning building that you do not want to miss. As you approach the modern entrance of this Grade II-listed gem you’ll see a 72 foot granite walkway, inlaid with the titles of literary classics. Look closer and there is a riddle to crack.

Grab a drink from the cafe and ascend up through the central atrium; keep going to the top floor and you’ll discover a roof terrace with views out over the city centre. Have a chuckle that the city once flirted with plans for a 400-metre zip wire between here and St Johns Beacon. Head back down to explore the Picton Reading Room and Hornby Library - the Oak Room houses a copy of Audubon's The Birds of America, one of the finest ornithological works ever completed. 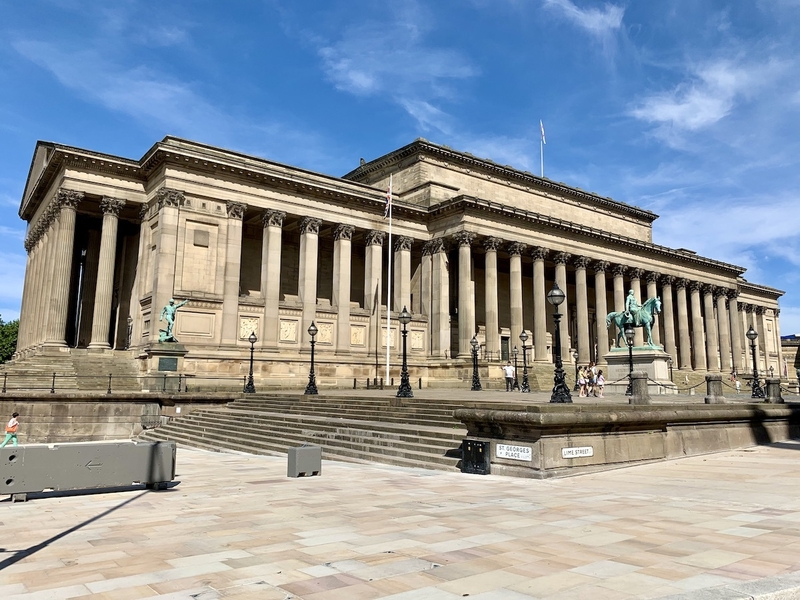 Since opening its doors in 1854, St George’s Hall has come to be recognised as one of the finest Neoclassical buildings in the world. When the Victorians designed and funded this iconic landmark, they sought to create a place where all memorable moments in Liverpool life converge. The Great Hall and Concert Room are in stark juxtaposition with the law courts and prison cells beneath, but both aspects of this extraordinary building are equally fascinating.

Charles Dickens gave readings here and in modern times it’s been used as a backdrop for film and television including The Batman and Peaky Blinders. Despite the ethos of being a public building, it can be quite hard to plan a visit; it’s closed on Sundays ffs. The visitor centre (accessible via St John’s Lane) is free to enter, but there are also a range of ticketed special events and tours. If you happen to visit when the exquisite Minton floor is uncovered, then you’ve struck gold. 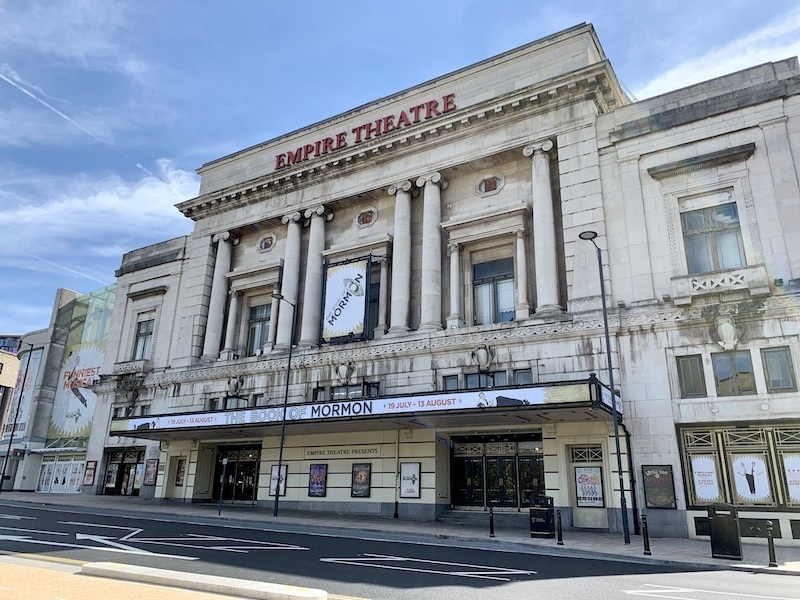 The largest two-tier auditorium in the UK. The site's first theatre, named the "New Prince of Wales Theatre and Opera House" opened in 1866. After a name change and a change of hands the building was demolished in 1924, making way for what is now the Liverpool Empire Theatre. The facade is another example of Liverpool’s obsession with Neoclassical architecture; the internal decoration is in Louis XVI style. This grand theatre has seen all the stars from Frank Sinatra, Judy Garland, Laurel & Hardy, and Bing Crosby, to Chuck Berry, Kate Bush, Elton John, Aerosmith, Queen and, of course, the Beatles. Today, the Liverpool Empire is the place to go for musicals, plays, ballet, opera and comedy.

Where to eat and drink

From peanut butter, banana & pecans on toast to sandwiches, salads and sweet treats made daily, Lovelocks on Old Haymarket is your stop for brekkie, brunch and lunch. This independent cafe stocks local coffee and bread, all the food is homemade and the menu caters for everyone, with a wide range of vegan, vegetarian and gluten free options.

Homebaked has brought its award-winning pies from Anfield to the cafe at St George’s Hall. Regulars on the menu include The Shankly pie, Scouse / vegan Scouse, chicken and veg, and mushroom. Celebrity fans include Russell Brand; Homebaked even had a musical made about them.

Queen Square is packed with all the big chains; Five Guys, Nandos, Ask, Tapas Revolution and a good old Yates’ pub. But for a more local experience, we’d recommend checking out the menus at The GPO, Courtyard Bar and Kitchen, Carlisi and Doctor Duncan’s. Up in the Fabric District, you’ve also got the Guac ‘n’ Roll Vegan Kitchen, Melodic Bar & Coffee Shop, Round The Corner, and Hop/Scotch Whisky Bar. Don’t blame us if you miss the last train…

Read next: Birkenvegas or bust: inside Woodside Ferry Village and food hall