Bottoms up as Bordeaux Wine Festival returns to Liverpool

Here’s to chef demos, street food stalls and a celebration of this special vino

After its successful Liverpool debut last year (the first time the event had ever taken place in the UK), the award-winning Bordeaux Wine Festival will be setting up in the cityonce again - across the same weekend as River Festival.

Between Friday 31 May and Sunday 2 June there will be a celebration of one of the world’s favourite wine varieties on the UNESCO World Heritage Waterfront. Seven wine pavilions will offer up hundreds of different wines to sample including aromatic dry whites, fruity rosés and sparkling Crémant wines. Some of the region’s best-known appellations will be represented including Médoc, Saint-Emilion-Pomerol-Fronsac, Graves-Sauternes, Côtes de Bordeaux, Bordeaux Supérieur and Sweet Bordeaux .

Whether you consider yourself a bit of an expert or an enthusiastic amateur, there will be plenty to discover with experts on hand to talk about winemaking techniques, and how to spot the differences in region and style.

Bordeaux (and the surrounding area) is the largest region of vine growing in the whole of France with 54 varieties of wine being made by more than 8,500 producers. The region is renowned for its unique terroir - which refers to the special environmental factors, which create the high quality vines covering over 120,000 hectares.

The original and world-famous Fête le Vin in France’s wine capital Bordeaux is widely regarded as the world’s leading event of its kind. In France, it is a biennial event, regularly attracting hundreds of thousands of wine lovers to the French city’s riverfront, a UNESCO World Heritage site. Other than in France, the Fête le Vin has been previously held in Hong Kong, Quebec and Brussels.It was named ‘Best New Event’ at the prestigious, national NOEA Awards in 2018.

“Bordeaux Wine Festival Liverpool was an exciting addition to our cultural calendar in 2018, and within a matter of months it had won a national award,” said Claire McColgan, Director of Culture for Liverpool.

“We’re delighted it will return, bigger and better, and our UNESCO World Heritage Waterfront will be transformed once again into a festival wine and food, perfect for connoisseurs or those who simply enjoy a good glass of wine. 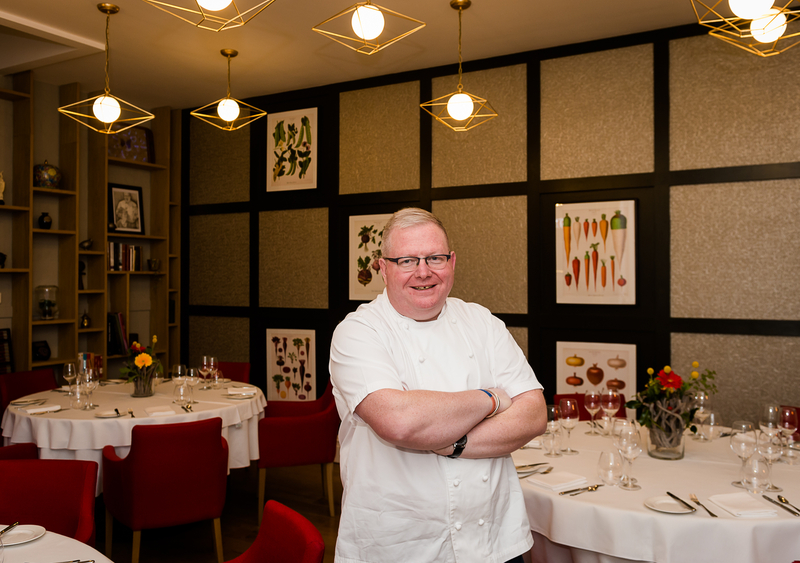 This year, Liverpool’s own Paul Askew (pictured above), chef-patron of The Art School, has been drafted in to host a programme of wine-friendly cookery masterclasses with live demonstrations from some of the UK’s most sought-after names in the food industry.

“We’ve worked hard developing the food element which will complement the world-beating wine on offer across the weekend”, said Paul.

“I’m dedicated to raising the bar of the food culture in this city – it’s a fantastic time for the industry, and this event really puts Liverpool on the international map.”

Paul will be hosting demonstrations along with:

“The food and drink scene here is thriving with so many amazing chefs and restaurants throughout the city’ said Ellis Barrie. “My own sister restaurant to The Marram Grass will be launching on the Albert Dock in July, which I can’t wait for – there’s a very buzzy atmosphere in the city.”

In addition, there will also be several food outlets on site over the weekend, selling pizza and other types of street food.

Tickets start from £21.50 and are available via www.bwfliverpool.com