The Malt Brewhouse opens in Horsforth

Pub, pizza, tapas, shuffleboard and sport on the giant telly

The owners of Parkside Tavern and Granville’s Beer and Gin House have revamped a Horsforth venue with a £200,000 investment. Ben Jones, the Managing Director of Concept Taverns, has overseen a refurbishment to Town Street’s Bar 166 & Bistro, converting it into a pub, pizza and tapas joint and microbrewery.

Microbreweries will become more common in the coming years...

The Malt Brewhouse, as it is now called, has just reopened after two months of work went in to transform the venue into an open-plan bar, with seating booths, over-the-counter pizzas and tapas, and a shuffleboard.

Customers will be able to watch the magic happening from the bar area, with an open kitchen and full view of the microbrewery, which boasts four barrels and a capacity of 2,400 pints per week. Meanwhile, the bar itself will offer 10 keg lines and 6 cask hand-pulls, as well as a cocktail menu, wine list and range of gins and whiskies. 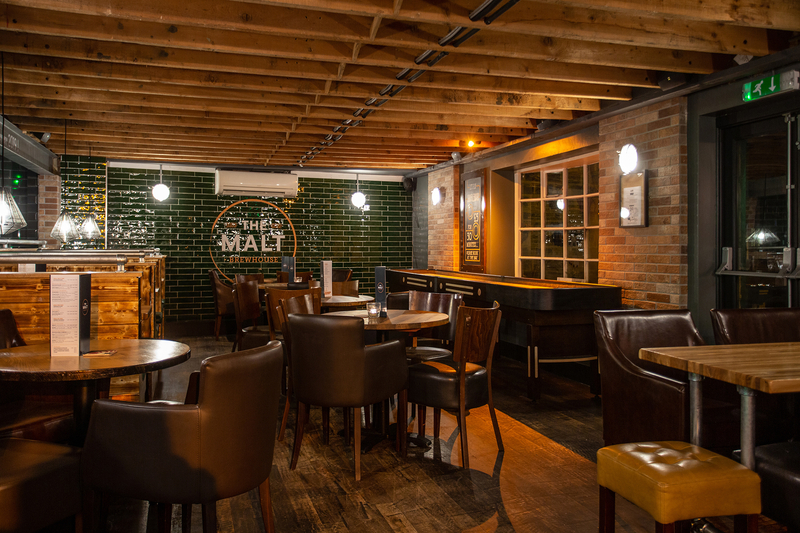 For sports lovers, The Malt Brewhouse has four large screens with Sky Sports and BT Sports subscriptions to add to the experience. Jones explained that part of the reason for the revamp is that “microbreweries will become more common in the coming years, so we want to be ahead of the game.”

It’s difficult to argue with him, especially as The Malt Brewhouse adds to The Horsforth Brewery, which has recently acquired its own commercial brewing unit in the suburb. Indeed, when you combine these with The Hop Shack on New Road Side, Horsforth has suddenly been transformed into something of a Mecca for beer aficionados.

The Malt Brewhouse is open every day until 11pm, and 1am on Fridays and Saturdays.