First up, some news that came as quite the surprise to yours truly. Remember Brasserie Blanc? Well, it’s still a thing, apparently. I’d wrongly assumed that Monsieur Raymond’s group of French-themed restaurants had gone the same way as certain other bang-average high street chains ages ago. But there they still are, alive and kicking and banging out such Gallic classics as le burger halloumi and le fish curry.

A lick more of the deeply red chilli sauce would be welcome, but that’s a minor nark and one I could probably have remedied by getting off my arse and asking for some

I know that Brasserie Blanc is still a thing because it was one of the suggestions that dropped when, via Twitter, I asked for people’s waterside eating recommendations. Along with chez Ray came shouts for the big meaty place, the tucked-away Italian gaff andthe fancy one that’s recently moved from kerbside to canal-side.

Salt, the latest spot from the Saltaire-based beer gang, is a newcomer down there by the boats and it’s somewhere that goes straight on the list.

Since reviewing the mothership a couple of years ago, where I got amongst some “gussied-up pub grub”, Salt Taps have been popping up all over the shop, with a different food offering at each. In Sheffield it’s “Craft and Bao”, Woolwich has got “Craft and Pizza”, while here at Granary Wharf it’s “Craft and Falafel”, with the Falafel Guys heading up the scran side things.

Their “combo deal for two” (£24.95) will land you a well-packed wrap, a mega salad full of good things, and a couple of snacky sides. It’s cheap, cheerful and mostly champion.

Balls of falafel have been prepared with a lightness of touch - all deft, no heft - and come strewn in a flatbread that’s just on the right side of sturdy. A lick more of the deeply red chilli sauce would be welcome, but that’s a minor nark and one I could probably have remedied by getting off my arse and asking for some. But still.

The salad bowl is a happy mess of charred chicken and bouncy halloumi. No matter how much of it we scarf there always seems to be about two-thirds of it left. This is no bad thing. Salad is, after all, good for you, especially a salad that contains a healthy wallop of cheese amongst the cucumber and lettuce.

Halloumi fries come as thick golden fingers, fleshy and crisp at the same time, while slender discs of sweet potato have been equally well nurtured through their shift in the deep fat fryer. Both arrive grease-less and moreish.

What’s the plural of hummus? Hummi, maybe? Or hummuses? Either way, a kaleidoscopic bowl of the stuff is the only duff note of the meal (£6) The purple one tastes just like the black one which tastes pretty much the same as the orange one, and it all needs a zesty spritz of citrus to prevent it from becoming overly claggy. Here, a long swig of beer makes for a first-rate palate cleanser.

It’d be reductive and insulting to say that the food at Salt is simply good fodder to throw down your neck while you get a bit merry. What we eat from the small kitchen at the end of the room here has been pulled off with no little panache.

That said, the salt and spice levels do go hand in hand with the brewery’s well-kept liquid offering, be that a pint of murky Jute pale ale or schooners of crisp Yon pilsner. I’m not sure how well a salted caramel espresso martini, one of several cocktails available on tap, would pair with a special doner kebab, but that’s just me, I suppose, ever the spoilsport.

Yes, these are early days for Salt, and I’m not overly keen on the bare-brick aesthetic of Candle House, which everyone keeps telling me is an iconic bit of architecture. But if Brasserie Blanc can make a decent fist of it down there then I have high hopes for this lot, too. 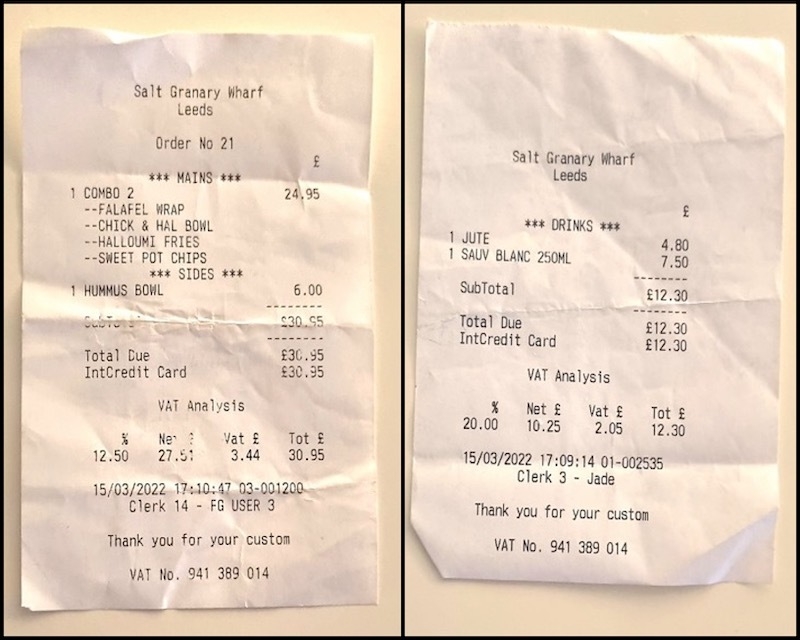 The Plant Collection: an oasis of Dutch charm and devotion
What you say
Previous Article Next Article
Read Next
Web Design Manchester MadeByShape