Listen, I love a box of Chicken McNuggets as much as the next guy. Last weekend I went to El Gato Negro for tapas, drank two bottles of Prosecco and felt the familiar throb of tomorrow’s regret setting in. I intercepted it with a trip to the Golden Arches on the way home and hey presto, I was fresh as a (slightly trodden down) daisy the next morning. My moral compass was slightly off-kilter but hey, y’do what y’gotta do.

I haven’t stopped thinking about the deep-fried broccoli since - a delight when dunked into sweet, nutty romesco

All confessions and disclaimers aside, I do also enjoy dabbling in meat-free and plant-based dining. Vegan junk food joints and vegetarian menus are popping up left, right and centre these days. Getting round to tasting them all is like a hair-raising game of whack-a-mole. One that has been on my priority list since opening about two months ago though is the rather aptly named, Vegan Tapas in Heswall on the Wirral.

Yep, you guessed it, it’s a restaurant specialising in plant-based small plates sans meat, fish or dairy. I’ve gotta be honest, I do wrinkle my nose up at that name every time I walk past it (I’m a local, don’tcha know).

There’s a severe lack of imagination gone into that branding but the menu is so alluring that the place could have been called "Hell’s Gates" and I’d have still been hastily booking a table there. The menu did not disappoint, but before we get into that, let’s first set the scene.

Vegan Tapas takes the place of the former Nova restaurant, so the foundations for great hospitality Feng Sui were already there. It’s small and intimate but flows nicely. Lower your voice during a change of songs but not so much as your toes curl with social anxiety. Chilled out vibes; plenty of natural light leaking in.

Raw, wooden wall panelling matches wooden tables and chairs - an earthy motif to be complimented further by trendy, rustic crockery. My only qualm was with the choice of seating: tan leather-look dining chairs. Exceptionally comfortable and easy on the eye but given the theme of the establishment, I thought even faux leather was a tad out of place.

Anyway, back to the food menu, because let’s face it, if they ask me to lay down on a bed of nails next time I’m in there, I’d contently compromise because it’s just that good.

After being seated, we were presented with an amuse-bouche; a small ramekin of warm, fried, fermented olives. As someone who can’t stand olives, never mind a crunchy fermented one, I pushed them aside, only to have polished the lot off ten minutes later after being convinced by my friend that they were “fucking amazing”. They were.

The menu recommends three to four plates per person, so between two, we ordered six plates and a side of padron peppers, knowing there was a sticky toffee pudding I wanted to leave room for.

Coming out of the kitchen as and when ready, the first plate we two-forked was the gnocchi with wild garlic pesto (£7.50). Pillowy mouthfuls of fresh fried gnocchi tossed in homemade pesto, toasted pine nuts and roasted tomatoes, on a smear of sweet onion puree. It was as divine as it looked, with flavours packing punches Mike Tyson-style.

Next out came the patatas bravas with a trio of sauces (£7.50); the wild mushroom risotto with crispy ‘chorizo’ crumb and a mushroom pour-over (£7.50); and the tempura tenderstem broccoli with hazelnut and fresh red pepper romesco (£7.50). The patatas bravas weren’t groundbreaking but definitely delicious, while the mushroom risotto somehow lacked flavour but was simultaneously way, way too salty.

However, the deep-fried broccoli was light, crunchy, perfectly seasoned; a sheer delight when dunked into that sweet, nutty romesco. I haven’t stopped thinking about this dish since.

Next up was some "Albondigas" meatballs with a homemade arrabbiata sauce (£7.50) and some sticky bourbon bao buns with roasted aubergine and sharp Asian slaw (£7.50). The former brought a taste of Italy with some tongue-tingling heat; the latter brought a heavenly umami, encased between buoyant, cloud-like bao.

We finished off with a sticky toffee pudding with ice cream and custard (£6) and a chocolate mousse (£6) with homemade shortbread and a salted caramel shard. Deliberately choosing a couple of staple dairy-based puds to push the plant-based menu to its limits, we left smacking our lips. The ‘free-from’ element was completely undetectable, still rich and indulgent as you like. Except perhaps my custard which was less yellow and viscous than I imagined but hey, custard comes in all shapes and viscosities. Who am I to judge?

The small-plate-scape was a textural fairground and each dish was one flavour powerhouse after the other (minus the mushroom risotto). At £7.50 a pop, they’re pretty pricey for small plates but the generous portions are only small by name, not by nature.

If I could eat here everyday, I don’t think even a box of hangover McNuggs would turn my head. 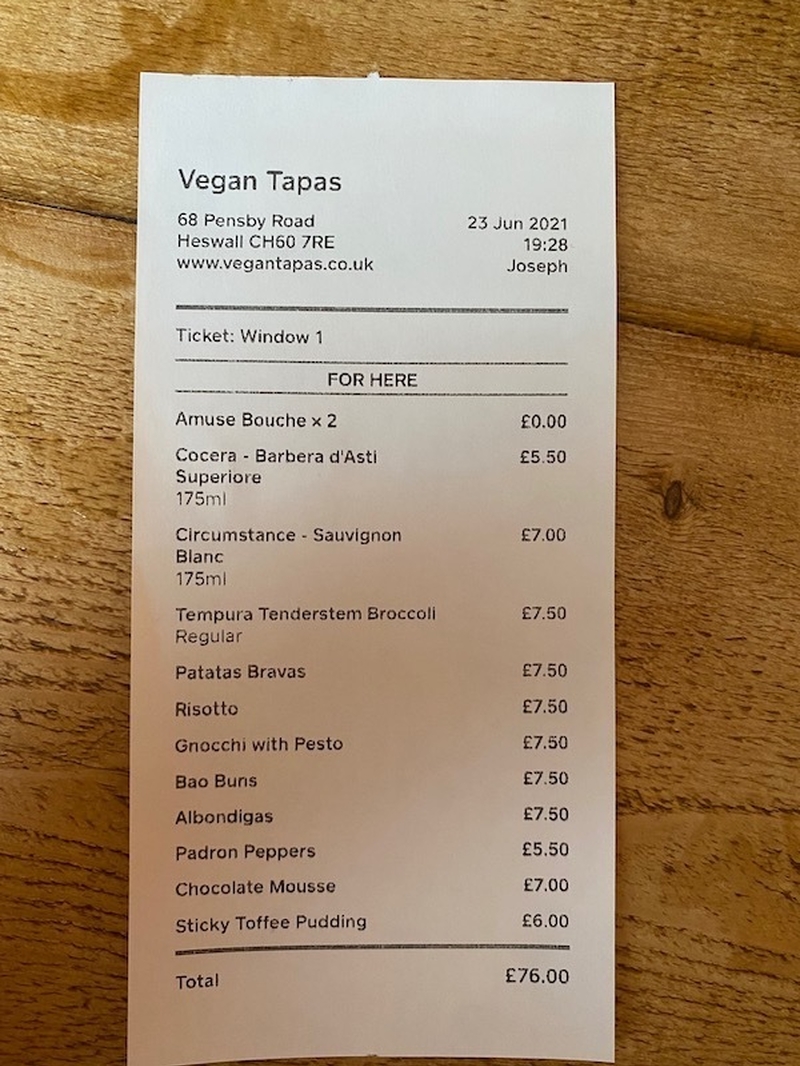 ‘A slick waiting room for Maray next door’ - The One O’Clock Gun, reviewed
● / News 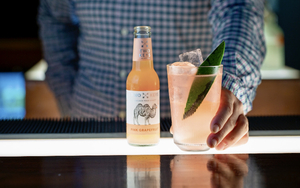 New events at LEAF, another Moose in the hoose, and Liverpool Coffee Co 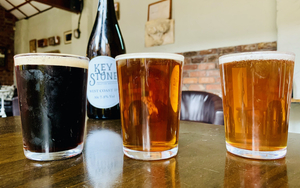 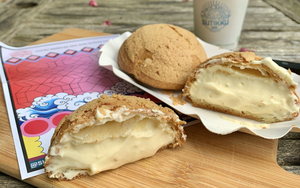