The coming season packs in everything from monologues and monsters to myth, magic and Maggie May

Set in a ‘mythical, magical place called Fazakerley’, Ian Salmon’s The Comeback Special won the Highly Commended award in the inaugural Liverpool Hope Playwriting Prize back in 2015. Described as a ‘dark, laugh-a-minute comedy about one ordinary scally with an unbelievable gift’, the play is now back for four nights following its original sold-out run during the 2017 Cornerstone Festival. 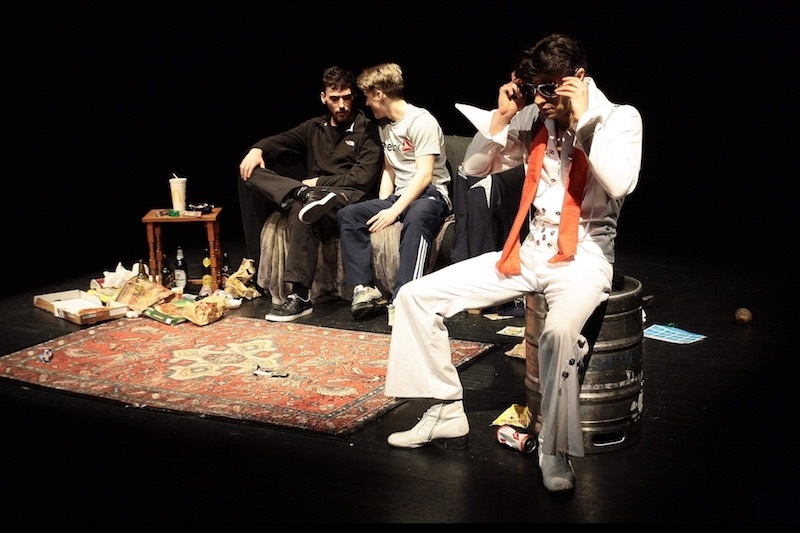 It’s ten years since the exhilarating Headlong company partnered with the Everyman to produce King Lear starring Pete Postlethwaite, and since then they’ve been regular visitors to Liverpool, particularly to the Playhouse. This smaller-scale production – a new play by Penelope Skinner about a woman incarcerated after an accidental act of defiance – sees them switching over to the Unity this time round. Their stark, often nerve-shattering brand of theatre should feel even more intense in the intimate venue. Keith Saha’s Black, produced by the outstanding 20 Stories High, may be a small-scale show but it punches straight at the heart of British racism. Performed by the incredible Abby Melia, with live lyricism and DJ soundscapes by Chunky, the piece tells an all-too-real story of what happens when a black family moves into a predominantly white neighbourhood. This is the opening night on a nationwide tour of ‘pop up’ venues, with other Liverpool performances to come. See the website for tour details. 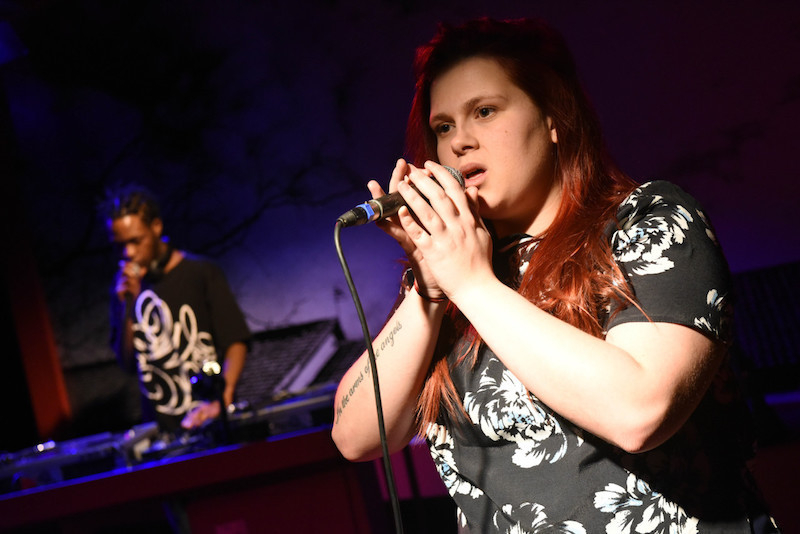 Alice Sebold’s hit novel, The Lovely Bones, was first published in 2002, but this production is its stage premiere. Adapted by Bryony Lavery and directed by Melly Still (who conjured up the delightfully disorientating The Haunting of Hill House for the Playhouse in 2015), it tells the story of Susie – a young girl with the same hopes and dreams as any other, except for the fact that she’s dead. As a ‘coming of age tale that captured the hearts of readers throughout the world’, it will be fascinating to see how it makes the transition from page to stage. 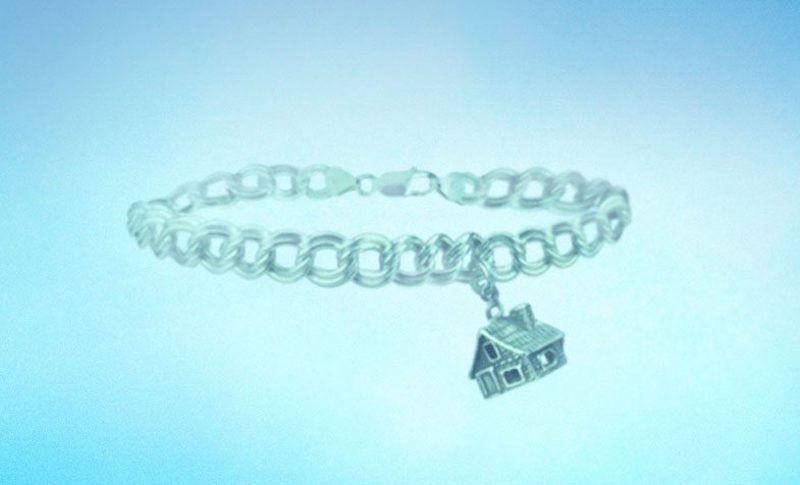 Bob Eaton has had a hand in so much popular Liverpool theatre over the years that a new stage musical from his pen/keyboard is a prospect to relish. This not the first time that the famed Liverpool folk song has inspired a musical – Lionel Bart and Alun Owen created a show called Maggie May back in the mid-1960s – but it seems that Eaton’s take on the tale is likely to flesh out Maggie’s story far more comprehensively, helping us understand how a girl with dreams of New York came to be walking the streets of Liverpool. 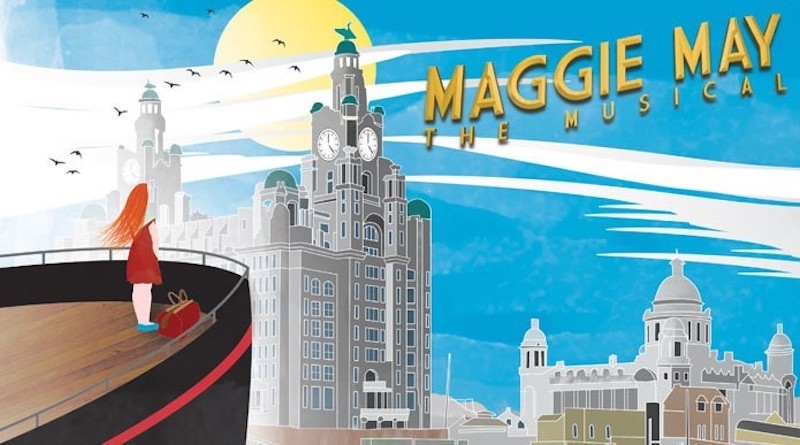 Last year’s production of Golem by 1927 – the ground-breaking company that seamlessly combines film, animation and live performance – gave Liverpool a taste for what these amazing artists can achieve. Now they’re back with a show set in an expressionist world of stinking tenements and social outcasts, where the spirit of Berlin cabaret and flickering silent movies comes up against today’s cutting-edge digital technology. 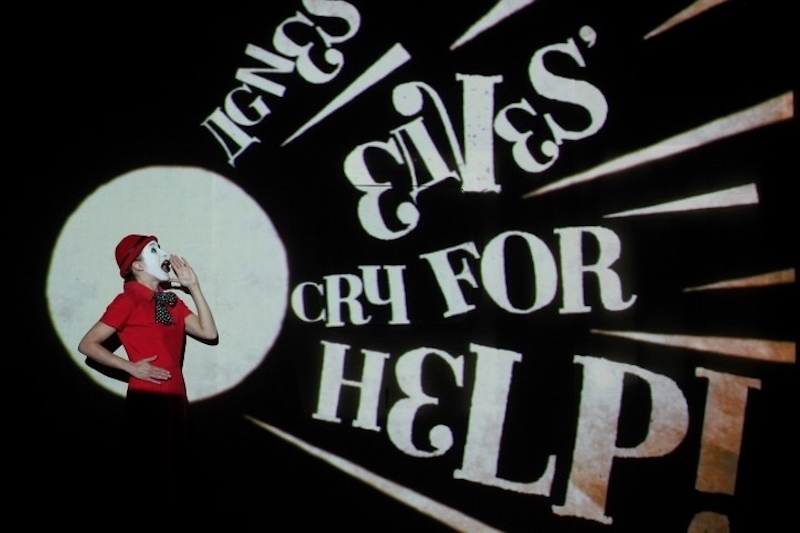 The prospect of a play about WH Auden meeting Benjamin Britten may not sound like the most scintillating of evenings, but the fact that it’s by Alan Bennett changes things completely. Bennett is known for his intuitive wit and gift for sharp character observation, and this revival of his 2009 hit explores ‘friendship, rivalry and heartache’ along with the ‘joy, pain and emotional cost of creativity’. Everyman alumnus Matthew Kelly leads the cast. 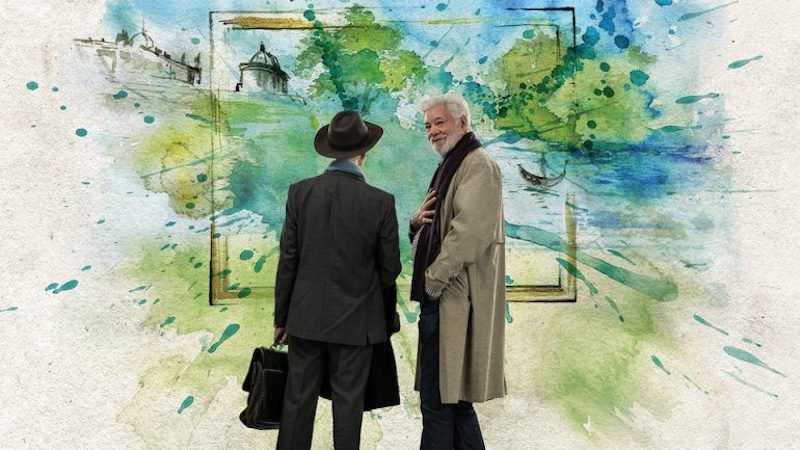 TO HAVE TO SHOOT IRISHMEN | Everyman Theatre | 25-27 October

As an accomplished singer and songwriter as well as an acclaimed playwright, Liverpool-based Lizzie Nunnery is well equipped to punctuate her plays with powerful songs and live music. This new play is built around the 1916 Easter Rising in Dublin, when Irish rebels struck a blow against British rule in Ireland, and is inspired by true events. In her first return to the Everyman since 2017’s The Sum, Nunnery weaves movement and folk song into ‘a stirring tale of militarism, corruption and the power of rebellion’. 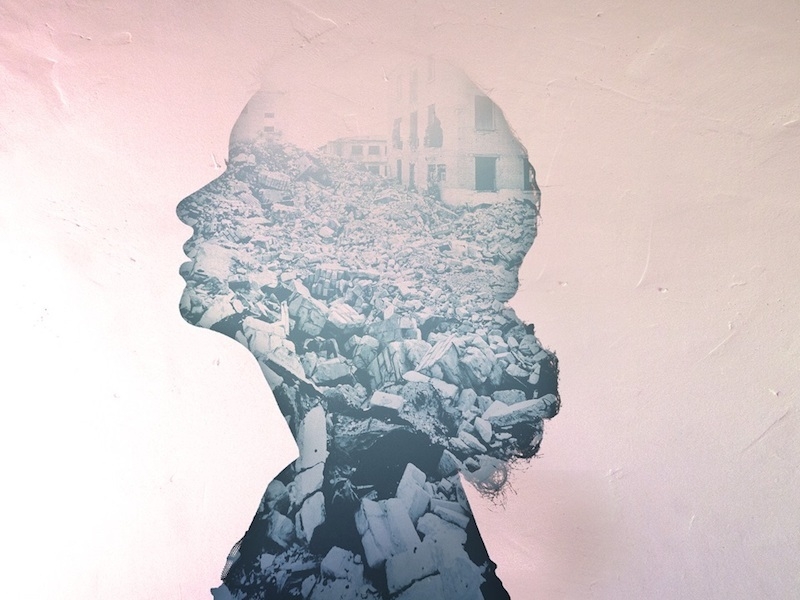 It’s here for just one night, but the buzz around Rosie Fleeshman’s Narcissist in the Mirror suggests it’s well worth catching on its brief Liverpool stopover. Rarefied flights of poetic spoken word are bound up alongside filthily funny punch-drunk dialogue, creating a show that’s both poignant and painfully hilarious. Winner of Best New Play at last year’s Manchester Theatre Awards, the Unity reveals that the show has been optioned by Liverpool’s Lime Pictures who are ‘hoping for a TV commission’. The implication is it’s going to be big, so see it while you can.

FRANKENSTEIN: HOW TO MAKE A MONSTER | Everyman Theatre | 9-10 November

Created by the BAC Beatbox Academy at Battersea Arts Centre, this new gig-theatre version of Frankenstein is described as an ‘electrifying poetic and political live concert’ involving songs, soundscapes and beats wrapped round Mary Shelley’s original story. Having picked up a clutch of five-star reviews following its Battersea run earlier this year, this inventive show is already building a monster-sized reputation. 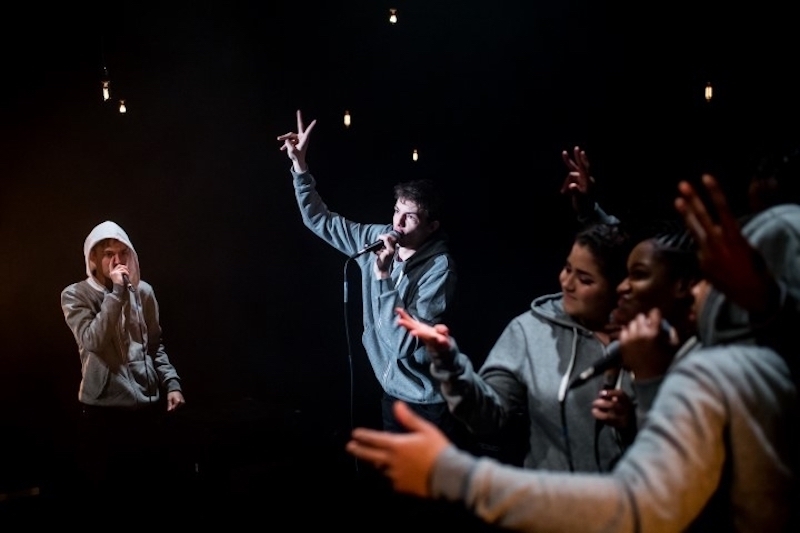 What you say
Read Next
● / Nightlife Award-winning artistic team Luxmuralis will explore Space, the Universe and Everything