Keeping up with the latest and greatest new openings in Liverpool can be a difficult task. As a bustling city, there are hundreds of places to try from steak restaurants and burger joints to cocktail bars and real ale pubs. The last year or so has given us more new openings than even we've got time to visit and we're professionals at this game, mate. So, to help you plan your next night out in Liverpool, here are some of our top picks to tick off your bucketlist.

Read on for the hottest new restaurants and bars to visit in Liverpool... 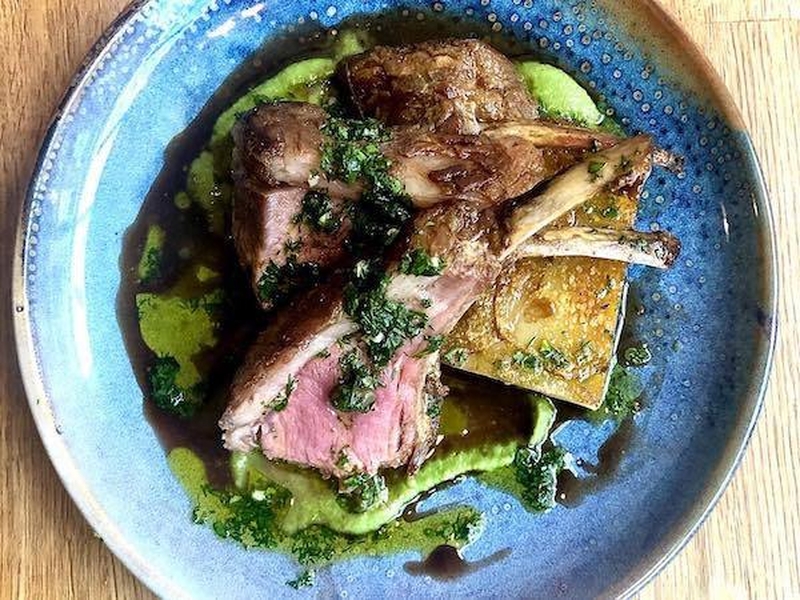 Paul Durand and Charlotte Jones (The Little Shoe, East Avenue Bakehouse) have turned their hand to fine dining, bringing their own Liverpool spin on modern cooking to the Baltic Triangle. It might be a little off the beaten track, but this contemporary restaurant has fast become one of Liverpool's shining stars, appearing in the MICHELIN Guide and clocking up Two AA Rosettes. Inside, industrial grit meets contemporary wit; rough red-brick walls, rugged cast-iron pillars, and a sink in the WC that looks like a tree trunk. Fresh, locally-sourced, seasonal ingredients are the order of service, with a focus on fine wines to complete the experience. A must-visit. 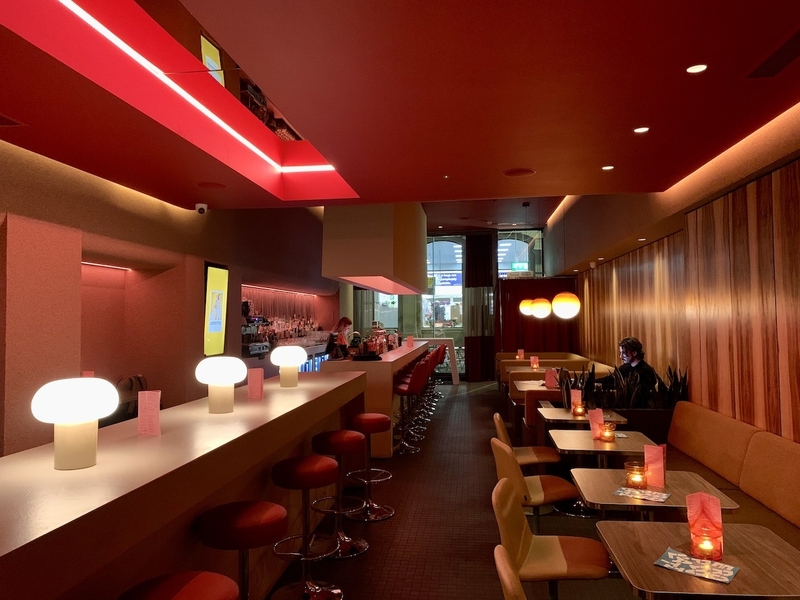 We were big fans of The Butterfly and The Grasshopper (RIP) but now that's joined the list of Liverpool's lost pubs, Mike Girling, MD of venue operators Old Rope Walks, has turned his attention to this little beaut on Bold Street. There's a long story on the L'Aperitivo website about vermouth, fortified wines and what not, but essentially we think Mike's concept here is all about relaxing over drinks and nibbles. What's not to like? Serving up top notch negronis and cosmopolitan small plates, alongside live jazz and non-wanky DJs, L'Aperitivo is a little gem. 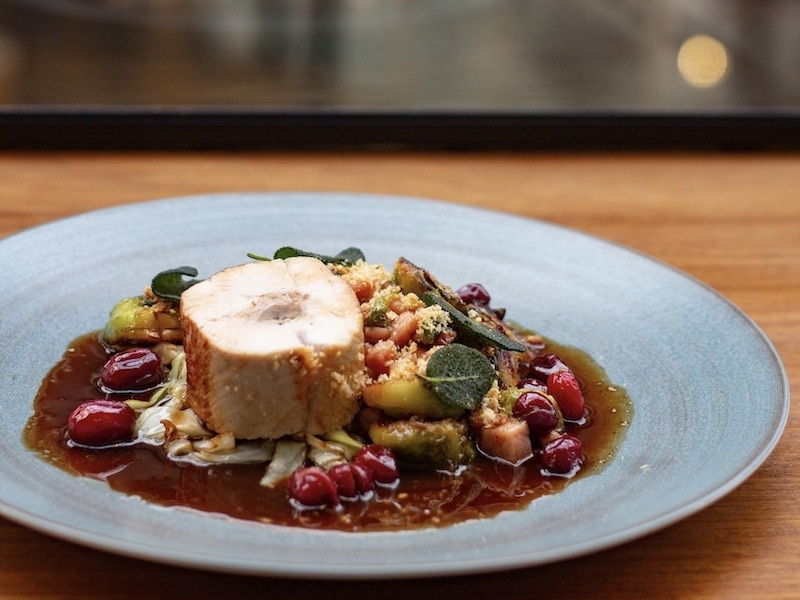 Almost a year in and the "Scouse brasserie" has established itself in its own sweet-spot of casual fine-dining. It’s an intimate space to while away the hours for lunch, dinner or languorous Sunday roasts, whilst sampling some of the finest food and drink inspired by the seasons and from independent suppliers around the city region. Provenance is key as the menus and individual dishes help tell stories about the city’s ever evolving food and drink culture; think New Liverpool seafood chowder, Cumbrian ox cheek, Old Spot pork belly, plus a great selection of wines, quirky cocktails, and perfect service. 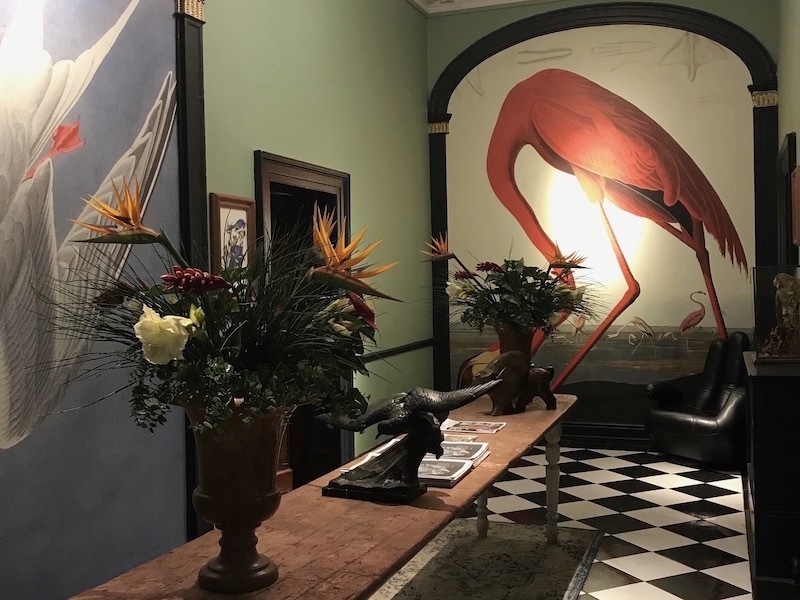 Like its London namesake, the Royal Institution was once the meeting place for Victorian gentry involved in the sciences, arts, literature and all that Empire-building stuff. Now a buzzy cocktail bar, the interior boasts three iconic rooms that will take you on an expedition of fine wine, spirits, signature and classic cocktails done "Simple but Better". The entrance hall is most striking with a flamingo filling the entirety of one wall. Do it for the 'gram. 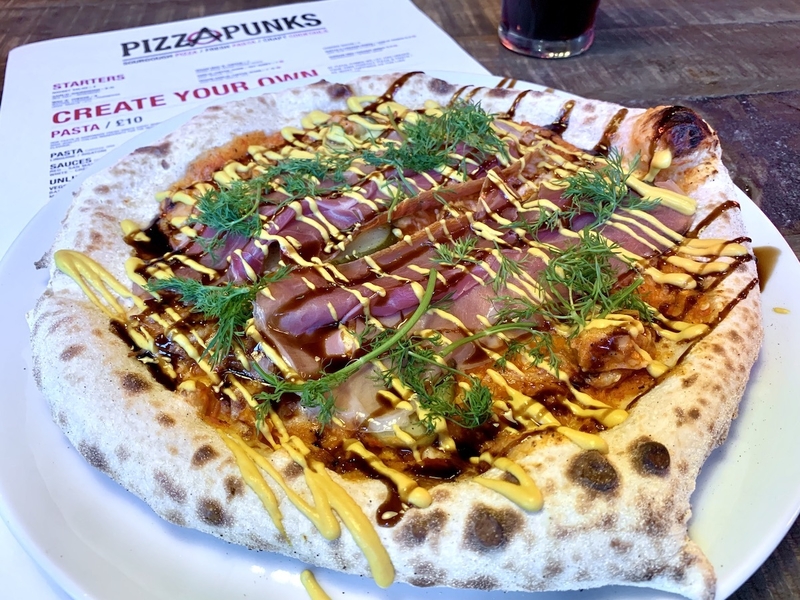 This is not Neapolitan Pizza, this is not New York Pizza. This is Pizza Punks. At the helm of the restaurant is the brand’s handcrafted San Franciscan pizza dough, cooked in wood-fired ovens for a thin and crisp base with a chewy thick crust. Pizza Punks is famous for its “create your own” pizza experience, with 35 unlimited toppings to choose from. Vegan, vegetarian, gluten free and halal options are all covered. Power to the people. Our very own Mancunian counterparts at Manchester Confidential dubbed Hawksmoor “the best steakhouse in the North” and we aren’t about to argue with them. That said, Liverpool dwellers can come to their own verdict as the upmarket steak restaurant opens on 24 November in the Grade II-listed India Buildings. Expect the same premium beef dishes, ethically-sourced seafood and award-winning cocktails, high balls and fizzes in spectacular surroundings. 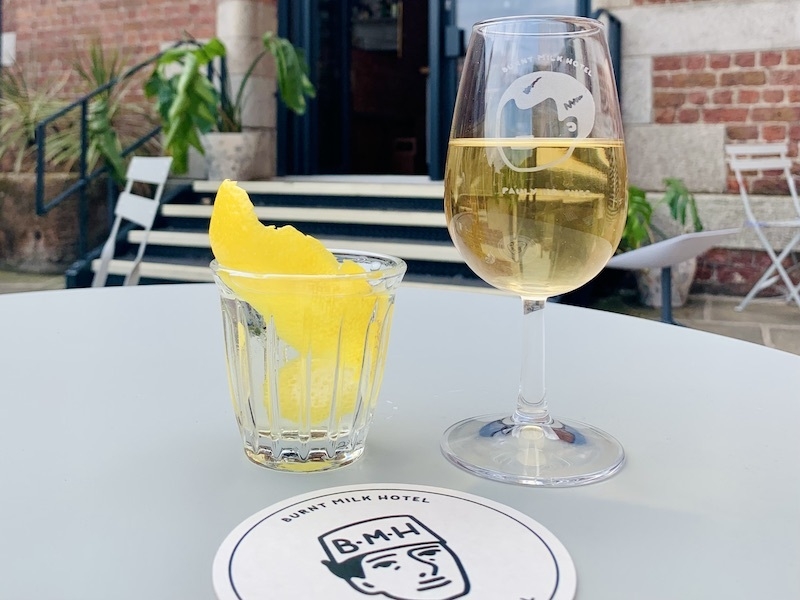 A cafe for all seasons, this new bar and wine shop from the team behind Belzan and Madre has a focus on casual dining and seasonal produce. Whether it's coffee and fresh pastries in the morning or an evening of charcuterie plates, sub sandwiches and artisan cheese with a good 'ol glug of wine; Burnt Milk Hotel has got you covered. The wine menu features a wide range of organic, natural and classic wines, which change regularly. So you've always got the BEST excuse to pop in and see what's going down. 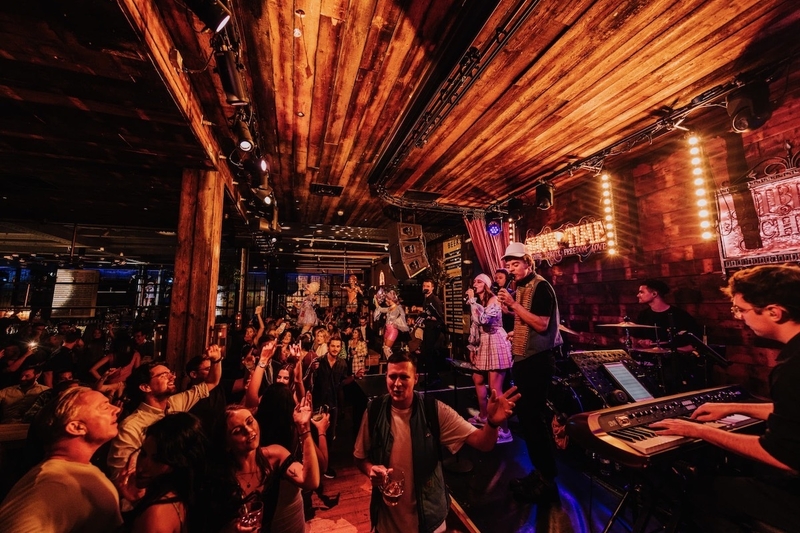 Guten tag, Liverpool. Albert's Schloss lands on Bold Street in December and it's going to be one hell of a party. Spread across two floors, the venue features a large stage, two bars, a Cook Haus dining area, and Ludwig’s Tavern, offering artisan Schnapps, a vermouth bar, shuffleboard and other tavern games. An alpine-inspired Winter menu will be available from the launch, putting a twist on classic, hearty dishes from breakfast, to baked goods, and Sunday roast. By night, Albert will present seven days of entertainment including cabaret performances and live music. The programming includes Kunst Kabaret, Baby Grand Slam, Friday Frolich, Sunday Service and everything in between. 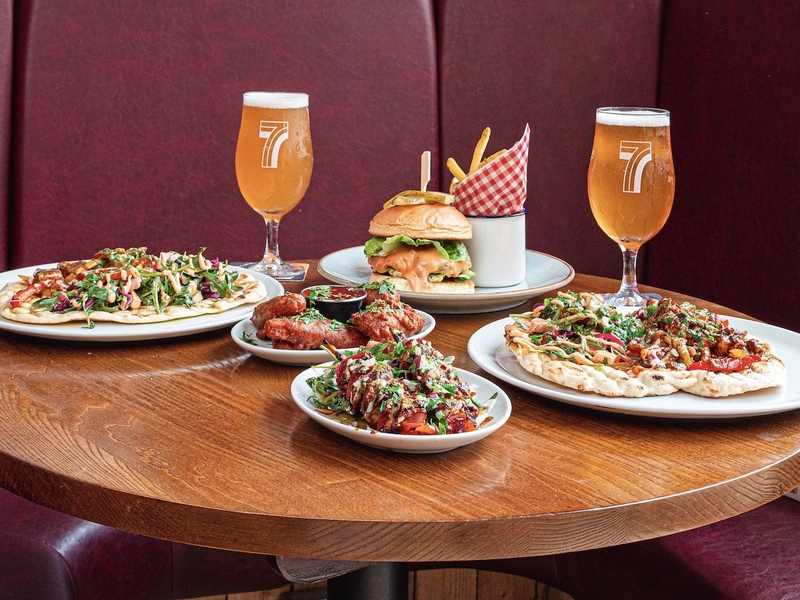 There's a bit of a "movement" happening in Wolstenholme Square, once home to the legendary Cream nightclub (and The Kaz, if you're not old enough to remember Nation.) The newest kid on the block, alongside Clockworks, Pattersons and Stonecutters, is Seven Bro7hers, founded by - you've guessed it - seven brothers. The new opening is the fourth beerhouse in the Salford-based McAvoy brothers growing portfolio. As well as the brewery’s popular family of beers on tap, there's a menu of hearty, delicious pub grub that pairs perfectly with a pint. You’ll also find ciders, wines and spirits – especially gin from 4 Sisters. Yes, they like to keep it in the family. World class, traditional Argentine beef and an unusual Latin wine list in a casual setting, Gaucho Liverpool is a flagship for the group as its largest restaurant outside of central London. Two private dining rooms are a stand-out feature of the restaurant on Water Street, aptly named The Board Room and The Bankers Office in homage to the historic buildings original use as the Bank of Liverpool. "Gaucho Lates" will bring the party and the culture of modern Argentina to Liverpool every Thursday, Friday and Saturday night with entertainment, live music and DJ’s. All of this as well as a "Beef Bar" and a wine tasting area make Gaucho one for your bucketlist. The Red Lion is the most common pub name in the country, FACT FANS. What is the essence of the legendary British pub? Rob Gutmann, the man behind Polidor, Metrocola, The Old School House and many more, think he's nailed it with The Red Lion on Slater Street. It's definitely more of a boozer than a bar, serving cask ales and lagers, pies, pork scratchings and classic spirits and cocktails as well as two beer gardens and classic pub games like dominoes and darts. From the team behind Motel, Teddy’s, and Pogue Mahone, this Chicago-inspired bar in Chinatown comes from an esteemed stable of rock 'n' roll drinking dens. River North describes itself as a "neighbourhood pub", but, with its bottomless brunches and fancy steaks, branded crockery and comprehensive cocktail list, not to mention its Ropewalks location, it goes way beyond a backstreet boozer. Celebrity fans include Ed Sheeran and Jeremy Corbyn, although not at the same time. When you visit Liverpool, you can eat around the world in one day, never mind 80. If you fancy a trip to Asia, head down to Renshaw Street Food Market which has a variety of lip-smacking cuisine to choose from including Korean, Thai and Cantonese. Owner Xiaoyu Zhou says that his market is carving out its own niche, celebrating authentic Asian-based food as well as other continents for everyone to share. From Korean fried rice, roast duck, fried chicken and sushi to Mexican quesadilla, Italian seafood and Turkish kebabs, there's something for everyone. Boss bubble tea, too. Love him or hate him - Gordon Ramsay's first Bread Street in England outside of London was always going to be kind of a big deal. Classic Ramsay dishes, from prawn cocktail, beef Wellington and traditional fish & chips to dry-aged rare-breed Cumbrian steaks and fancy burgers are all on the menu. Smart brasserie style with fine dining prices. Come for the Ramsay name, stay for the sticky toffee pudding. 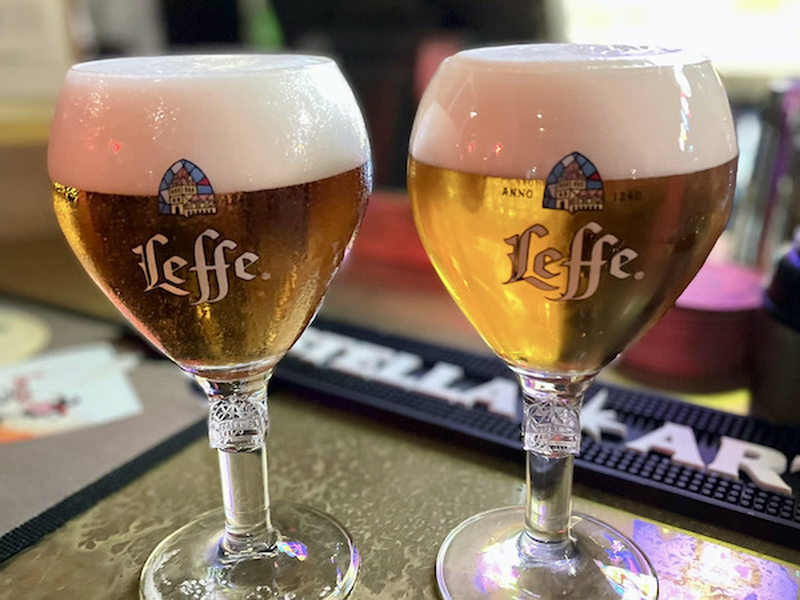 Back to what we were saying earlier about eating your way around the world via Liverpool… At Belgica, get a taste of Belgium with your fill of great Belgian food and beer - and a side of good vibes, electro indie, funk and R&B. Belgium inspired interiors feature throughout with playful nods towards its culture, including a 1980 road cycle bike complete with Smurf village. 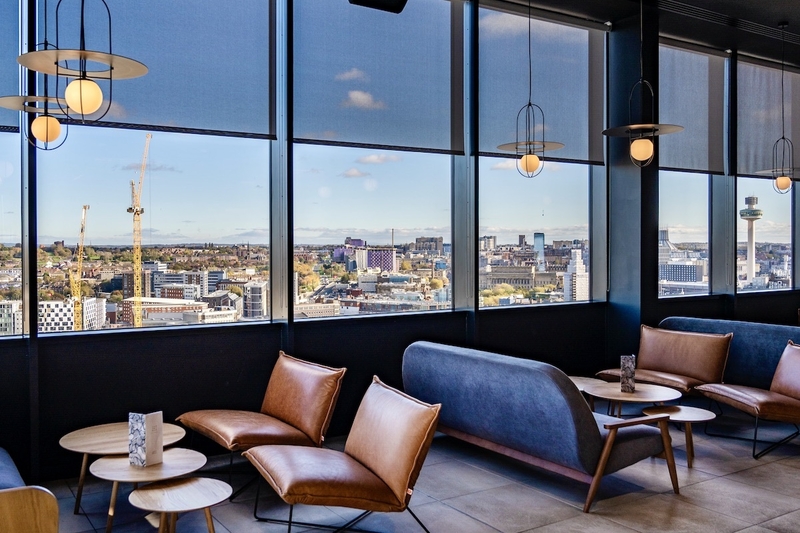 Gino D’Acampo’s 360 Sky Bar is up there with the city’s most popular cocktail bars thanks to its unique setting with panoramic views of Liverpool and beyond. The 18th floor restaurant and bar at INNSiDE Old Hall Street serves afternoon tea which combines British tradition with a taste of Italy. For those looking to extend the occasion and let the day slip into night, you can take a seat at the bar and enjoy a selection of premium Italian and international wines, cocktails, spirits and beers. The bar accepts walk-ins but best to book at weekends.

Read next: Food challenges for the brave, bold and bonkers

'Hearty and clever food' - The Yew Tree Inn, Anglezarke, reviewed
What you say
Previous Article Next Article
Read Next
● / News