From world city to the world in one city. Our culinary scene embraces cultures from all over the globe and we've come a long way since the only place you could eat down the Pier Head was the Berni Inn.

Read on for this week's bitesize food and drink news... 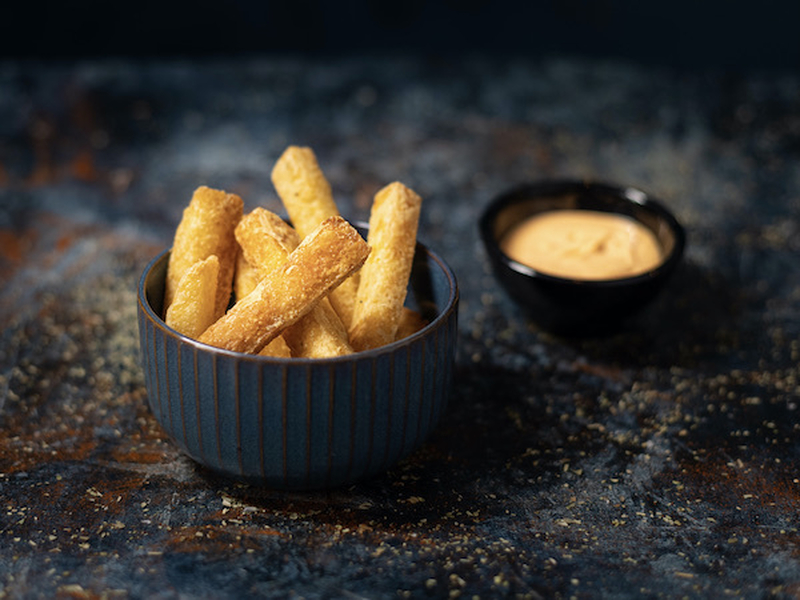 Halloumi. Is it cheese you’re looking for? “Talagani cheese fries” are the buzzwords on Bold Street right now, thanks to Greek restaurant and takeaway, Laros. Owner Nikolaos Fylladitakis, originally from Crete, is also behind the Grilla restaurants. He says that the epic Talagani cheese fries are even better than halloumi. A Bold claim indeed.

The Laros menu is focused on Greek street food and features gyros, souvlaki and vegan pita wraps, as well as salads including classic Greek and Cretan dakos. Leave space for dessert - loukoumades are little sweet Greek donut balls filled with white chocolate or hazelnut filling and served with lavender honey syrup. Outside Laros is a little suntrap too, so bring your sunnies. 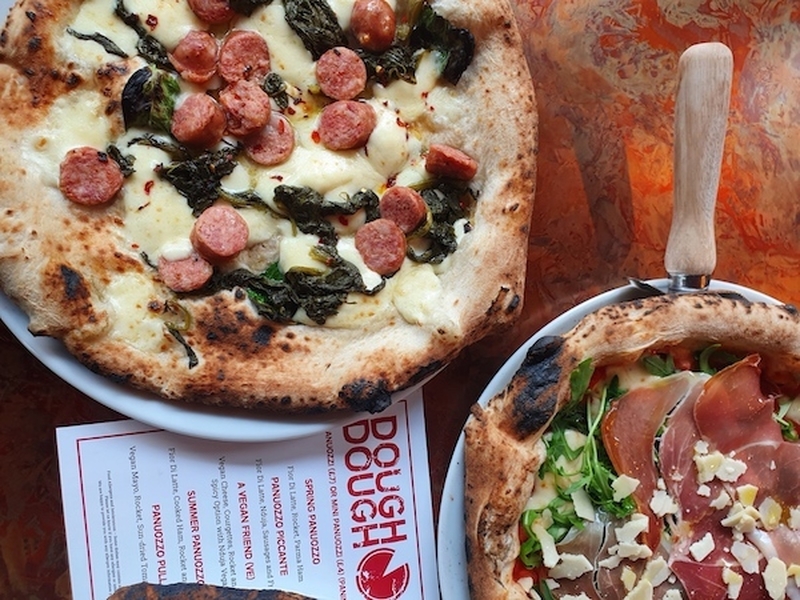 Dough Dough fires up the pizza oven in Liverpool

There must be a zillion types of pizza in the world but the one that gets us all gooey is a proper Neapolitan. First opening its doors in Chester in 2019, Dough Dough has now gifted the lucky people of Liverpool with one too. The popular pizzeria has moved into the former O2 store within the Central Station shopping centre and we’ve already got them on speed dial.

Dough Dough looks amazing inside and it's also a great spec for people-watching on Hanover Street. Good pizza is an art form. Before cooking it in a traditional wood-fired oven, the signature dough is raised over 24 hours to make the perfect Neapolitan pizzas, with a fresh, thin base and a delicious puffed up cornicione crust. The salsiccia with mozzarella, sausages, friarelli (Italian turnip greens) and chilli flakes, might just be the best damn white pizza we’ve ever tasted. Vamos! 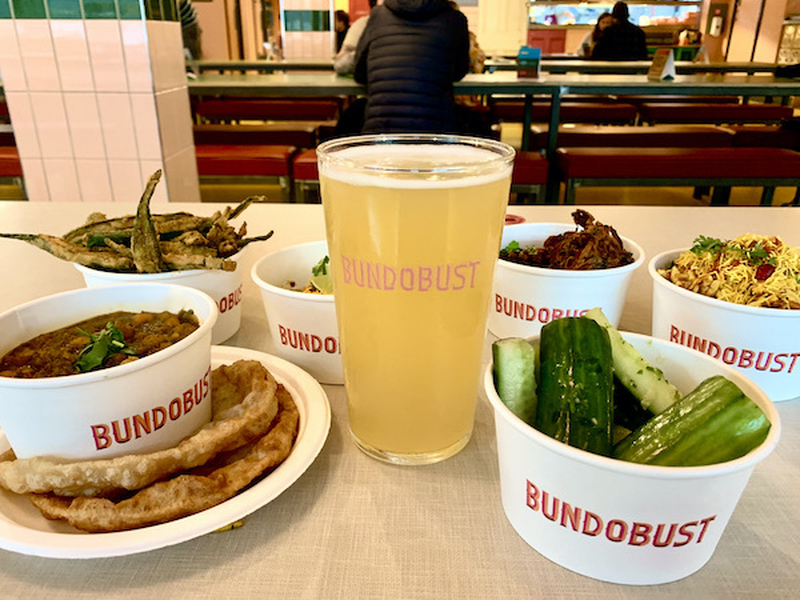 We’ve always been big fans of Bundobust’s veggie Indian street food and nothing goes better with that than a good pint of ale. So when they invited us to go down and try three new samples from the Bundobust Brewery, we were out the door quicker than Matt Hancock's missus.

Peela is an easy drinking hazy pale, brewed with Azacca and Ekuanot hops and loads of tropical fruit flavour. For a clean and crisp lager, the Dhania is a Czech-style pilsner with a hit of citrusy toasted coriander seeds. Porter fans will love Chaitro, a smooth and creamy pint similar to Irish dry stout, with roast malts, a whack of Bundobust chai massala, and fresh ginger. As well as producing their own beers, Bundobust Brewery will be collaborating with the cream of UK brewery talent. Collaborations with Deya Brewing, North, and Northern Monk are forthcoming in the next two months with more to follow. 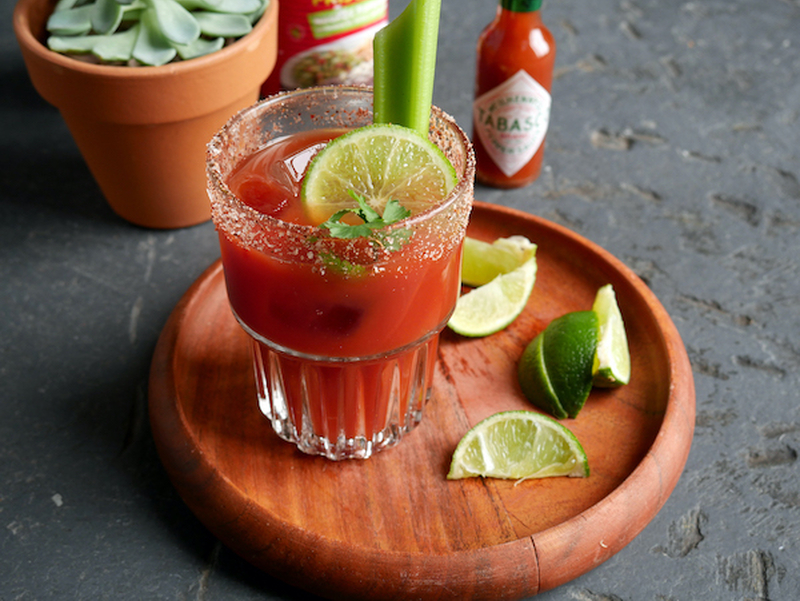 There's something about Mary

What did the Bloody Mary say to the celery? “Are you stalking me?” Funnily enough, that’s also what Britney Spears said to us when we got stuck on her fence. Again. Bloody Mary’s have a reputation for being a hangover drink, but they’re also the ideal match with Mexican food. There’s even a “Michelada” - Mexican Bloody Mary. The last time we started the day with one of those, we ended up drinking shots in El Bandito with an entire rugby team. But that’s another story.

To celebrate summer, our favourite taco spot Madre on the Albert Dock has teamed up with Tabasco to serve two special dishes in July. Order the egg and chorizo quesadilla with Tabasco chipotle sauce, or eggs verde with Tabasco green sauce, and you’ll get a free Bloody Maria or Michelada. (With Tabasco sauce, naturally.) Oops, we did it again. 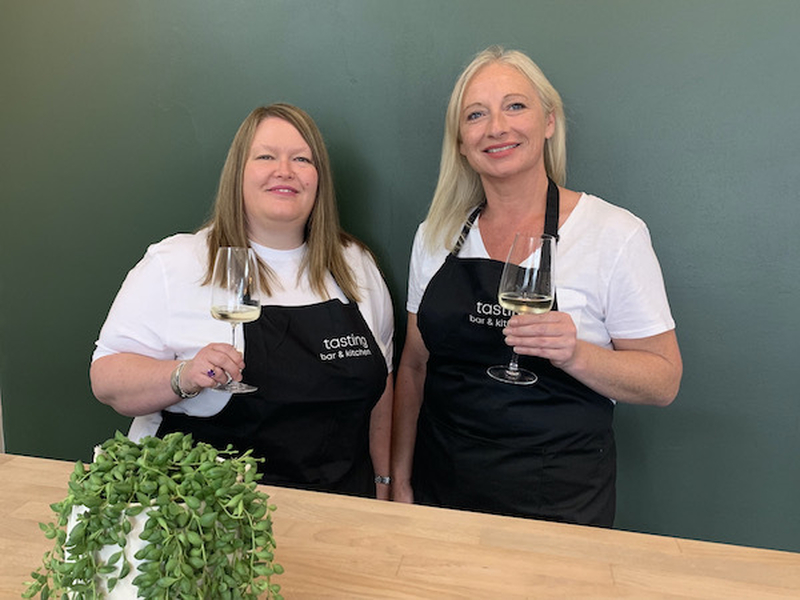 Have you ever dreamed of opening your own restaurant? Amanda Craggs and Gill Miller did and now they’ve taken the leap with Tasting Bar & Kitchen in Hoylake. The newest addition to Market Street has been many years in the planning for the two friends, who decided to take the plunge into their own venture following the second lockdown.

Gill and Amanda have designed a tasting concept that offers plates centred around the flavours of three places, which will change every two months. Wine flights, gins and cocktails will accompany the dishes, and guests can taste one country or a selection from each. Tasting Bar & Kitchen opens today (Friday 25 June) and first up on the menu are Mexico, Greece and Indonesia. To book a table, visit the Tasting Bar & Kitchen website.

Set over two floors, the Turkish restaurant has 300 covers and it could just be the biggest restaurant on the street right now. Foodwise we’re talking traditional charcoal grill, with dishes ranging from lamb chops and adana, to specials such as beyti and guvec. There will also be plenty of baklava and lashings of our favourite cocktails. When lockdown rules permit, owner Yunus Emre Ugur says he’ll be bringing traditional Turkish dancers and entertainment to the venue later in the summer. Follow Akasya on Instagram or call 0151 7097371 to book a table. 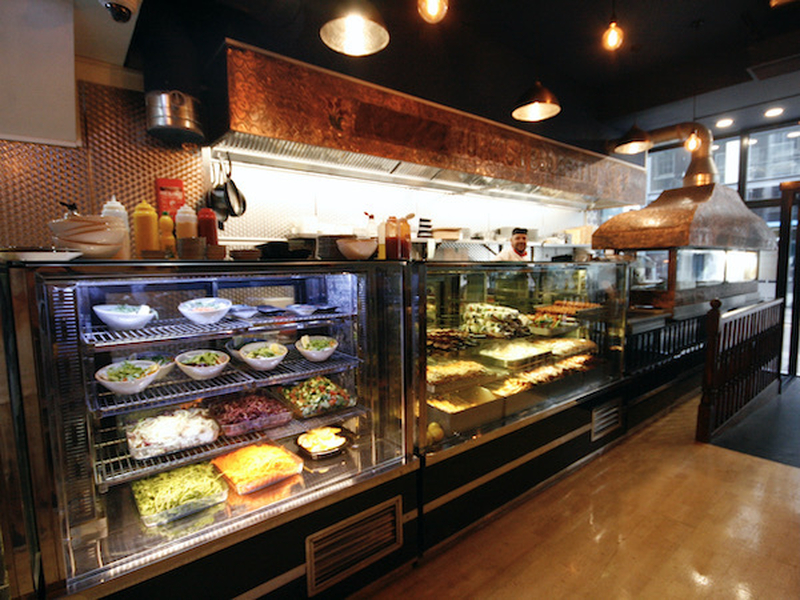 Read next: Michelin’s green stars of the North: “We should all be eating less meat”

Read again: An insider's guide to eating and drinking in Smithdown 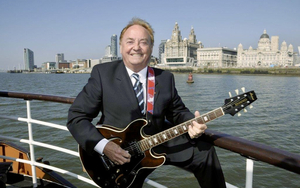