Would the city really suffer if it was stripped of a place on the famous list?

Defined as “the supreme example of a commercial port at the time of Britain’s greatest global influence", Liverpool’s World Heritage Site status ranks it alongside other internationally known historic cities such as Edinburgh, Bath, Bordeaux, and Venice.

Liverpool was inscribed as a WHS in 2004 in recognition of the city’s global significance as one of the world’s major trading centres in the 18th and 19th centuries, and also for its part in the development of mass movements of people.

But this accolade is now at risk and a new report by the World Heritage Committee has said that the city could lose its coveted title due to planned development within Liverpool Waters.

It’s a debate that has rumbled on for nearly a decade. UNESCO has been warning about this for years and only put it off previously because they were promised that we’d do something about it.

In 2012, a UNESCO World Heritage mission team pulled no punches, saying it would not support Liverpool Waters in its current form. At that time, the mission challenged the city council, Peel Holdings and English Heritage to get around the table and work out an alternative Liverpool Waters scheme.

Liverpool City Council says that in the past few years, £700m has been invested in upgrading historic 119 assets within the six character areas of the World Heritage Site. This includes the refurbishment of 59 listed buildings, and the document highlights that a further £800m is to be invested in more than 40 heritage assets over the next five years – including Bramley Moore Dock, in Liverpool Waters.

Following the report this week that Liverpool should lose its WHS, the UNESCO World Heritage Committee will meet at the end of July to consider the potential deletion. Joanne Anderson, Mayor of Liverpool, is calling on World Heritage committee members to defer any decision and to visit Liverpool to see what progress has been made.

“We will be sending the report to the committee members and I hope it will make them think twice about removing Liverpool from its list of World Heritage Sites,” says Mayor Joanne.

“We want to engage with the committee members and invite them to fully appraise all that has been achieved since the committee last met in 2019, and to review all that the council is seeking to achieve in the next 12 months.

“We think deletion would be hugely unfair given all this body of work has not yet been assessed by the committee members and we need them to see Bramley Moore Dock with their own eyes – physically or virtually.

“Deletion would not just be a loss to Liverpool, the UK, and to a greater degree UNESCO, it would be an even bigger missed opportunity in demonstrating to the world that heritage and regeneration are not mutually exclusive.”

“We are proud of our history and do not shy away from it. But our heritage is a vital part of our regeneration.

“Places like Liverpool should not be faced with the binary between maintaining heritage status or regenerating left behind communities - and the wealth of jobs and opportunities that come with it.”

North Liverpool needs to regenerate. The area has already seen a resurgence similar to that of the Baltic Quarter and this once desolate stretch is now home to the Titanic Hotel, Invisible Wind Factory, Make Liverpool, Meraki, Murphy’s Gin, and the Ten Streets project.

The Ten Streets vision was launched in 2017 with big ideas to regenerate the northern edge of the city centre and the landmark Tobacco Warehouse at Stanley Dock, which lies within Liverpool’s World Heritage Site. The creative district is in the poorest ward in the UK – Kirkdale – and the council has been keen to attract creative companies and arts organisations. Residents include Ten Streets Wine, Ten Streets Social and Ten Street Cycles.

A lot of excitement surrounded the vision for Everton's new stadium at Bramley Moore Dock, which was seen by many to be a potential catalyst for wider regeneration in the area. But it seems as if those plans have been the last straw for UNESCO - it’s hard to see how any major developments north of the Pier Head could satisfy the way that they feel the World Heritage Site should be protected.

In December 2020, Liverpool City Council turned down an application for demolition of a set of warehouses off Waterloo Road to make way for the proposed £10m Ten Streets Hotel.

Romal Capital wants to redevelop Liverpool’s Central Docks and is looking to invest £100m into 330 smart homes, retail space and a cultural square. The regeneration of the derelict brownfield area would also include a pedestrian link from Princes Dock to the Everton FC stadium, as well as public spaces; an active waterfront, marina floating pontoon, a suspended bridge bordering the river canal for pedestrian and bike access, rooftop gardens and leisure space for alfresco dining.

Liverpool's World Heritage debate has always been framed in an either/or binary position - between economic development or heritage; civic growth or becoming a museum, progress or being held hostage to the past. As tourism, hospitality and events try to bounce back after COVID, it’s more important than ever that we can celebrate both where we’ve come from and where we’re going.

UNESCO should support imaginative urban regeneration, not fight against it. Some countries also question the validity of the WHS programme, saying that it's outdated, expensive and heavily weighted to richer nations. UNESCO certainly isn't the only way to develop a heritage site or heritage tourism.

Liverpool is passionate about preserving its past, but we’re also a city that is constantly regenerating, growing and developing. And if we’re not allowed to do both, the removal of World Heritage status would certainly make things easier for a lot of people.

Read next: An insider's guide to eating and drinking in Smithdown 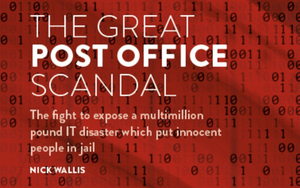