On the corner of Parker Street in Liverpool city centre stands the grand entrance to Flannels, a six-storey department store, fusing retail and leisure under one roof, with a vast beauty hall, an Italian restaurant and adjoining gym. Look right and you see St John’s Shopping Centre and St John’s Market. It’s quite the juxtaposition.

The refurbishment in 2016 has not worked as hoped, and footfall has reduced.

St John’s Market is one of the city’s ten markets, the others being Great Homer Street (Everton), Liverpool Food Hub (Electric Avenue), Tuebrook Market, Monument Place (London Road), Garston and farmers’ markets at University Square, Woolton, Allerton, and Lark Lane. With the exception of St John’s, the market sites are in the freehold ownership of the council.

As part of Liverpool City Council’s mission to reach out and listen to residents, members of the public were asked “why they do or don’t visit markets”. Market traders were also consulted to find out what improvements they would suggest.

The consultation carried out by Savills generated nearly 800 responses which ranged from people wanting bigger markets, more diverse, sustainable and local products, right through to calls for improved parking and safety, better signage and the need for more advertising to raise awareness of the sites.

In response, Liverpool City Council has put together a “Future of Markets” action plan which outlines what they think can be realistically delivered in the near future.

The report says “Liverpool markets have a glorious history and a place within the collective memory of the city. Over the last twenty years, however, shopping habits have changed, and this coupled with the devastating impact of Covid on retail and its potential long-term ramifications, means that the Council must consider a new model and viable future for our markets.

“Liverpool’s current market offer is eclectic, from farmers markets to Great Homer Street market, from occasional event style destination markets to St Johns. Post Covid there is the opportunity to be brave, considered and ambitious to support a brilliant market offer in the city that plays to the heritage but is absolutely about the future.

“Some of the Council-run markets have lost their way with declining footfall and trader base. Others are not maximising their potential and could do more to service the diverse needs of their communities and support economic growth. This is by no means uncommon, and markets in many towns across the country have faced similar problems as shopping patterns and consumer demand has changed over the past 20 years.

In a report going to Cabinet next week (Friday 22 July), the Future of Markets proposal will be considered and will see initial funding of £920,000 invested in a series of what the council says are “quick-wins.”

Of those markets featured in the report, St John’s appears to have the most issues to tackle.

Due to the pandemic, St John’s Market closed in March 2020, reopening again in August the same year. The reintroduction of rents was approved by cabinet in January 2021, but there are reports that traders are still not happy about backdated bills covering periods when the market was closed due to the pandemic. Colin Laphan, chair of the St Johns Market traders association, told the Liverpool ECHO that improvements to the market had been put on the backburner and some of the long standing issues had still not been rectified.

The council’s Future of Markets report reads, “St Johns Market was once one of the most advanced in Europe but is now largely vacant with low footfall, despite the area around continuing to thrive. St John’s is leased to the council by its landlord by way of a 99-year lease with an unexpired term of 68 years, with internal repairs and maintenance being the responsibility of the council.

“[It is] restricted by poor signage and advertising. The refurbishment in 2016 has not worked as hoped, and footfall has reduced. There are currently ongoing mediation negotiations with St John’s traders regarding outstanding rents and service charges from the 27 September 2020 to the present. The outcome of these mediation negotiations alongside considered recommendations for the future of St John’s Market will be provided in the subsequent Cabinet Report due in January 2023.”

The council’s “quick wins” for St John’s Market include a plan to “support St Johns Reopen to new traders post mediation and work with the shopping centre owners to better promote the market and improve wayfinding.”

The council’s report notes that implementation of the quick wins for St John’s will proceed on successful resolution of the ongoing rent review mediation exercise.

The original St John's Market, designed by Liverpool architect John Foster, was completed in 1822 and was something of a modern wonder. It was the prototype for the great 19th century market halls in English cities and the builders of Britain's early train sheds took their cue from it. Stretching from Elliot Street to Roe Street it covered a vast area the size of St George's Hall.

Designed by Birmingham architect James A Roberts and covering 6.2 acres, the St John's precinct has always been seen as a poor substitute for the grand and ornate market complex that once graced the site.

The vast market hall, once one of the prides of the city centre, was booted upstairs when the precinct, slammed by the Pevsner architectural guide as a “bleak and brutal affair” was built in 1970. It could be reached by staircases or escalators, but was, and is still, quite tricky to find from street level. The market ought to be - and deserves to be - its crowning glory. But it simply isn't.

A further Cabinet Report on St John’s Market regarding the lease, rent feasibility and future proposals is due in January 2023.

St John’s doesn't need a quick fix, it needs a radical rethink. And it feels like time is running out for this 200-year old market.

Read next: Waterfront gets £22m Budget boost - but we need to talk about Renshaw Street

Read again: Southport Market on a roll with sushi from The Vincent 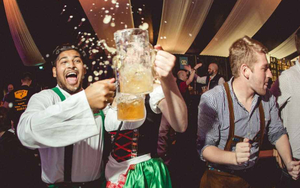 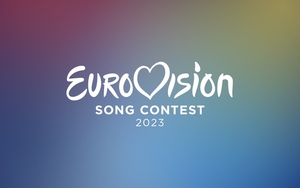 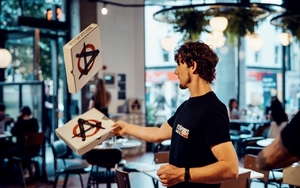