Shankly would be 'appalled by obscene footballers' wages'

BILL SHANKLY would have been horrified by the “obscene wages” paid to players if he were around today and “devastated” that ordinary fans had been priced out of watching the modern game.

So says the grand-daughter of the former Liverpool FC manager, who spoke ahead of the release of a major new novel about the most successful coach in the history of the club and whose 100th birthday is marked this year.

In an interview, Karen Gill, who is honorary president of the LFC Supporters Committee, says: “He’d be appalled by the obscene wages, he’d be absolutely devastated that the simple folk, who are the backbone of the 'glorious game' are being priced out of the whole match experience. 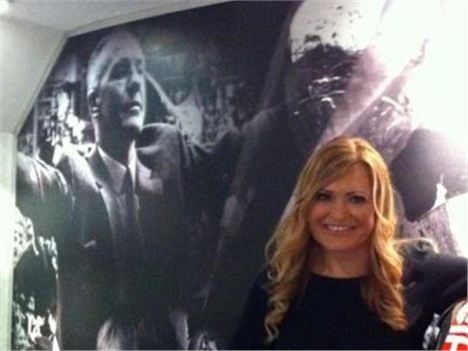 “Such was my granddad’s enthusiasm and passion; he would have played football and managed his team for absolutely no money whatsoever.

She added. “That’s how much football meant to him and that is the devotion that is missing today.”

Published by Faber & Faber, Red or Dead is unveiled at the Epstein Theatre next Wednesday (August 14) by Writing on the Wall. There will be a reading, book-signing and Q&A hosted by journalist, writer and life-long LFC fan Brian Reade.

It comes from award-winning author David Peace who won widespread critical acclaim and literary prizes for his novel about Brian Clough, The Damned United, and his Red Riding Trilogy based on the Yorkshire Ripper murders - both of which were turned into successful TV dramas.

Red or Dead explores Shankly's life, retirement and phenomenal career at Anfield and is inspired by his most famous quote, paraphrased: “So people believe football is a matter of life and death... I can assure you it is much, much more important than that.” 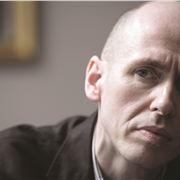 David PeaceNever mind that the Anfield deity may have slipped from the mortal coil himself more than 30 years ago, his presence is as deeply woven into the psyche of Liverpool FC fans across the world today as it has ever been. The reason for this, Ms Gill believes, is that “he was honest, hard-working, fair and passionate”.

She said: “People respect that and the people of Liverpool, not just LFC supporters, are loyal to the people they respect and admire”.

Ms Gill is the author of 'The Real Bill Shankly' and also patron for the Spirit of Shankly and AFC Liverpool. In the interview, which can be read in full here, she talks of the earliest memories of the illustrious Scot, and his fighting spirit.

“The most important thing he brought to LFC was his vision,” she says. “He recognised that there was great potential and he never gave up until he’d realised his dream and built that famous bastion of invincibility. He was literally, the father of LFC.”

To launch Red or Dead in Liverpool, organisers are asking people to turn to twitter. Tweet to @wowfest ‘What Does Shankly Mean To You?’, they say. Best answers win tickets to the launch.

Meanwhile, supporters who do turn up are encouraged to bring along their banners and memories of Shankly. There will be a live DJ set in The Epstein bar by Farm frontman Peter Hooton.

David Peace Reads from 'Red or Dead' by FaberBooks