'I like them both, just not together' - Santa Maluco X Bold Street Coffee, Castle St, reviewed

Contrary to the Spice Girls beloved 1996 Christmas number one, two did not become one when I visited Bold Street Coffee at Santa Maluco. In fact, the only thing resonating with the chart topper was the revival of the type of banal balsamic glaze plate ‘art’ also from that tasteful decade. A big shame, as the sentiment behind these two beloved Liverpool independents’ co-habitation is a heart-warming story of the local business community supporting its own.

Bold Street Coffee changed the game in Liverpool when they opened their laid-back, hip, quality coffee shop in 2010. They didn’t so much imitate the exploding Antipodean-backed café scene going on in London, as much as translate that into a perfect establishment for one of Liverpool’s renowned independent, artistic streets.

A caffeine-fuelled fast-forward to 2018 brought a sudden notice to vacate their Bold Street premises for serious building remodelling. This led in turn to loss of income, the reluctant departure of long-standing staff members and general hard times.

And this is how Santa Maluco came to the rescue. From their well-located premises opposite the Town Hall, this other much vaunted independent, also established in 2010, offered a collaboration; shared use of the dining space, running separate kitchens and drinks menus (with Bold Street opening and closing earlier). All this led to me saying ‘tchau’ to healthy eating with a donner kebab inspired pizza followed by an attempt at redemption with Bircher muesli. And it didn’t quite work.

A bit of background on Liverpool’s only rodizio Brazilian pizza place. They have a wood-fried oven, make their own Brazilian cream cheese and offer the Brazilian style of pizza – thin, chewy crust and unbounded toppings, which puts them apart from the many other pizza joints in town. The rodizio offer is all you can eat, with the chef pumping out a rotation of seasonal variations on an almost weekly changing menu. With vegan choices, decent prices, crafty cocktails, and a graffiti inspired interior, Santa Maluco has generated quite a following.

Perched in the corner of the (blissfully) shaded outdoor area, our matter-of-fact server explained that as we were ordering from separate kitchens, the food would come when it came, with no communication between the two. Fair enough – and perhaps we could have been more strategic, but we hungrily banged in the dual order including the ‘pizza slice and drink for £5.00’ lunch deal from Santa Maluco and two items from the Bold Street Coffee brunch menu.

Billed as minced lamb, mozzarella, cabbage, onions, Sriracha, yoghurt and mint dressing, the Ma-Donner pizza came almost instantaneously, which was unnerving but hardly fair to complain about. What was disappointing was the dearth of lamb mince, cabbage, mint and general flavour. I liked the dough though, although it cooled more rapidly than I would have expected from even a thin pizza.

In swift succession came the Leonardo da Veggi; ‘tomato base, mozzarella, halloumi, green olives, cherry tomatoes and balsamic glaze’. I could barely get over my artistic differences with chef’s naff balsamic stylings to register a paucity of halloumi. But again, good dough and a not bad tomato base.

After surviving a terrifying dive bomb from a seagull, we calmed enough to tackle Bold Street’s food. A giant portion of creamy Portobello mushrooms on seeded granary toast (£5.50) had too much bread (especially following our pizza first course), although the mushrooms were fat and flavoursome.

Bircher muesli with berry compote, grated apple, natural yogurt and toasted seeds (£4.75) wasn’t for me at all. The different elements did not mesh well. I could have assembled this myself by sleepwalking into a hotel breakfast buffet. The compote was underwhelming with an air of mass production about it, the grated apple could have used a bit of a kick, but the jumbo oats were just the right consistency. In truth the coffee was the best thing about the entire meal - which is reassuring.

I couldn’t reconcile seeing muesli and loaded pizza on the same table and felt that there’s a hitherto undiscovered universal law being broken with artisanal coffee being lovingly prepared at the same moment as patrons are systematically chowing down on unlimited cheesy dough. Both kitchens detracted from the other and sampling dishes on separate occasions would probably be wiser.

Thus, although they may retain this outpost on the other side of town, I’m all for getting Bold Street back home in their enlarged premises, which promise to keep both the features and the community spirit of their original iteration. And if you feel the same way, their Kickstarter campaign (to pay for renovations and expansion) offers a good range of nicely rewarded contributions. 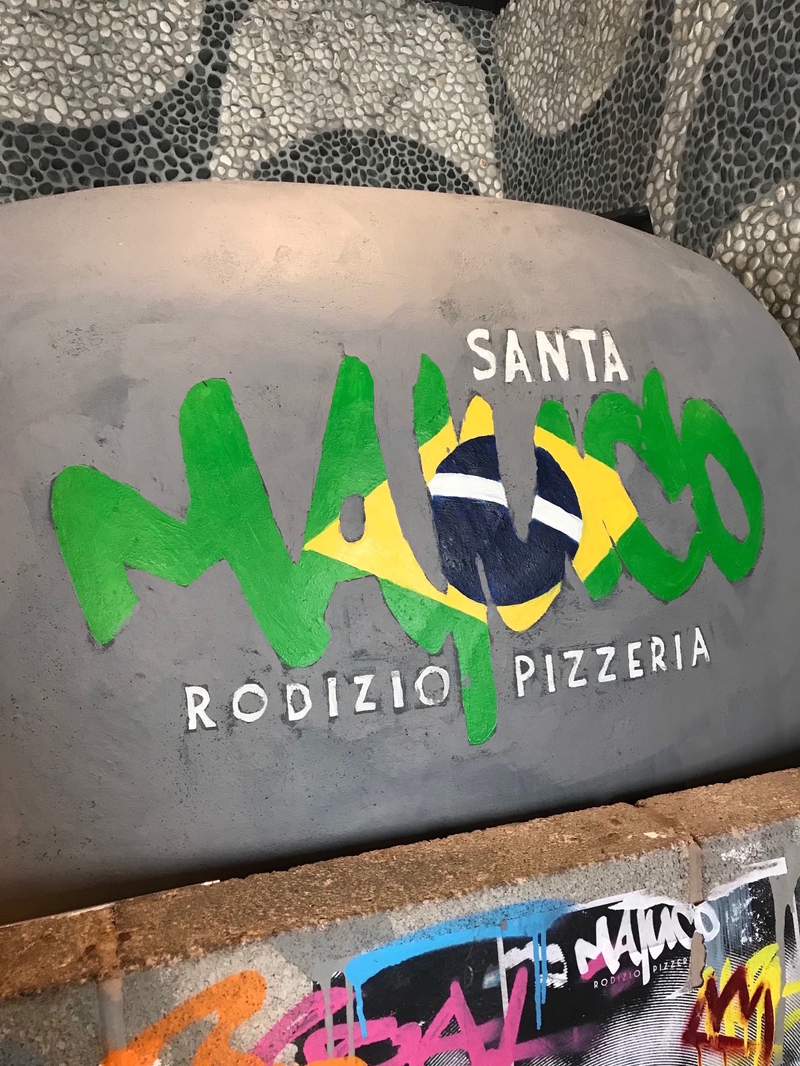