ALTHOUGH Allerton Road has a reputation for being a bit of a food and drink destination, its sense of itself as a culinary hotspot has long seemed out of kilter with the reality. For some of the restaurant and bar units along the stretch between Queens Drive and Allerton Library, a huff and a puff has been more than enough to blow away one failing incarnation only for it to be swiftly reinvented in another ill-fated guise.

It’s only in the past year or so that things have taken a significant turn for the better, with both Miyagi and Maray launching suburban satellites from their Bold Street motherships and noticeably raising the thoroughfare’s quality bar. Then in autumn last year came Three Piggies – an “alehouse and canteen” whose stated aim was to play the role of a “a proper pub” according to owner Dom Levi.

despite a couple of so-so main courses, Three Piggies is a wonderfully welcoming space in which to while away some time

Taking over a large corner unit on the junction with Courtland Road – previously the long-standing, but also long-shuttered, Vinci wine bar – Three Piggies has turned what was a sullen-looking brown and black hideaway into a light, bright venue, seemingly scrubbed to within an inch of its life. Artfully flaking wooden planks featuring peeling turquoise paint abound. Clearly someone has been busy with a Brillo pad.

Although Three Piggies’ pub status is self-proclaimed, it doesn’t resemble the traditional neighbourhood boozer. No time-worn carpet, no flashing fruit machine, no list of darts fixtures pinned to the wall. Instead, it has the air of a post-millennial café-bar from a youthful, surf-friendly seaside resort. If I didn’t know there was a dual carriageway, a branch of Sayers and an Age UK charity shop across the road, I could imagine stepping straight onto St Ives’ Porthmeor beach. 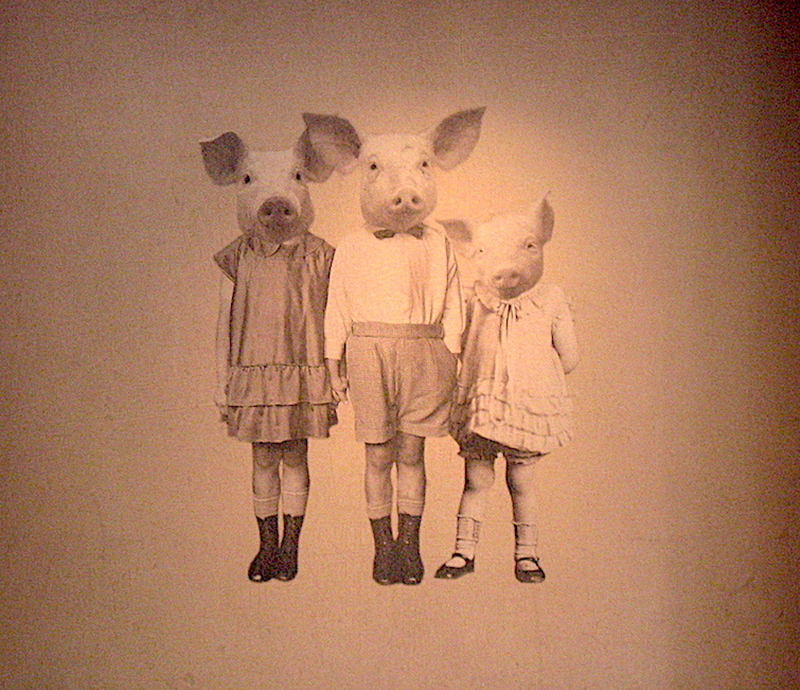 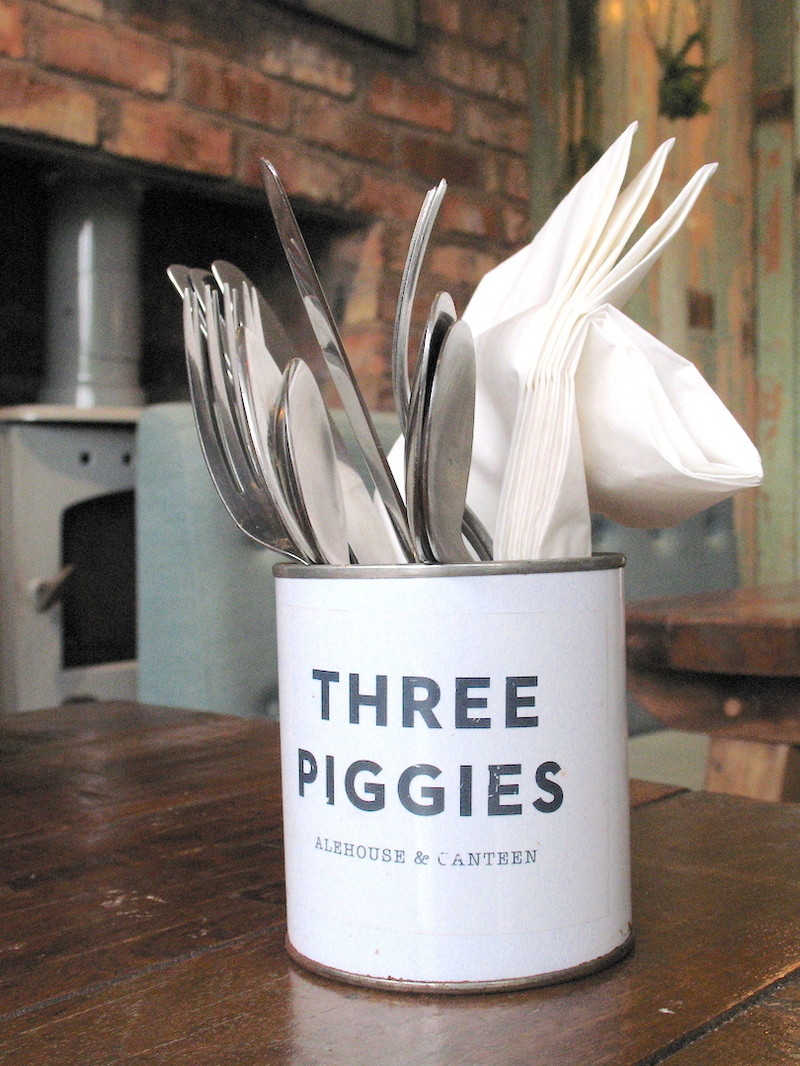 For a pub, there are an awful lot of tables. They are hefty and large, positively goading customers into sitting down and ordering a meal. Like in a restaurant, for instance. But as the venue’s website screams in upper case letters: “NO RESERVATIONS”. So while it may look like a restaurant, it behaves like a bar. And as it stops serving its main menu at 7.30pm, it’s as well to be clear about these things before you go.

Much more pub-like is the healthily stocked bar. In fact, it offers a far better beer line-up than any of the trad-style boozers in the vicinity (not that there are many of those). No depressing line-up of vapid industrial lagers here. Instead, on my visit, there were four cask ales including contributions from Ilkley Brewery, the Gun Brewery, and the Tapped Brew Company – the in-house beer producer at the famed Sheffield Tap.

On keg there was Paulaner, Beavertown Neck Oil, Dancing Pig Session Lager (which is actually a Marston’s brand, but things could be much worse) and even a sour ale from local heroes Mad Hatter. There was Guinness and Red Stripe too, but with so much else to choose from, that was hardly cause for complaint.

The main menu offers a selection of fairly typical pub meals – a couple of burger variants, a steak, mussels, a chicken breast, and so on. Vegetarian options are fairly poor, with just the soup (sweet potato, chilli and coconut milk), a dahl and the halloumi burger (a “can’t-be-much-bothered” veggie burger solution given that it’s literally a slice of cheese) for those who don’t do meat or fish. 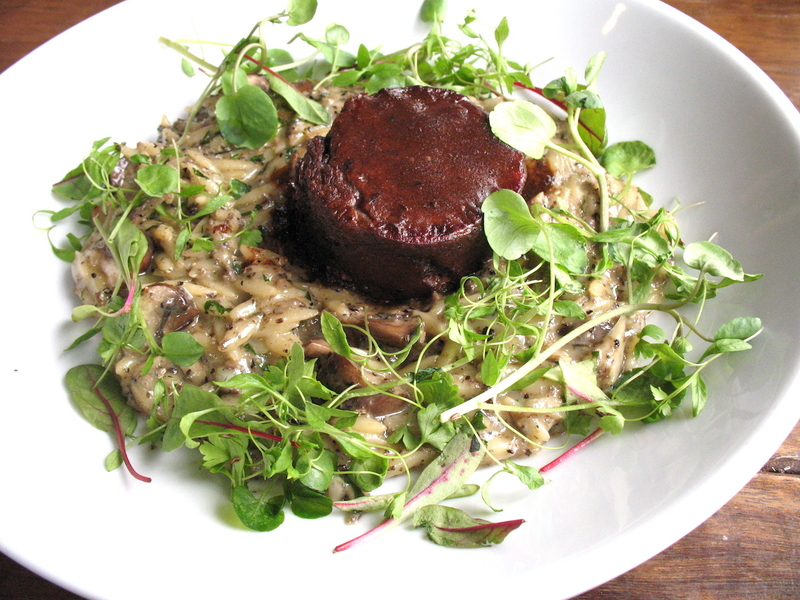 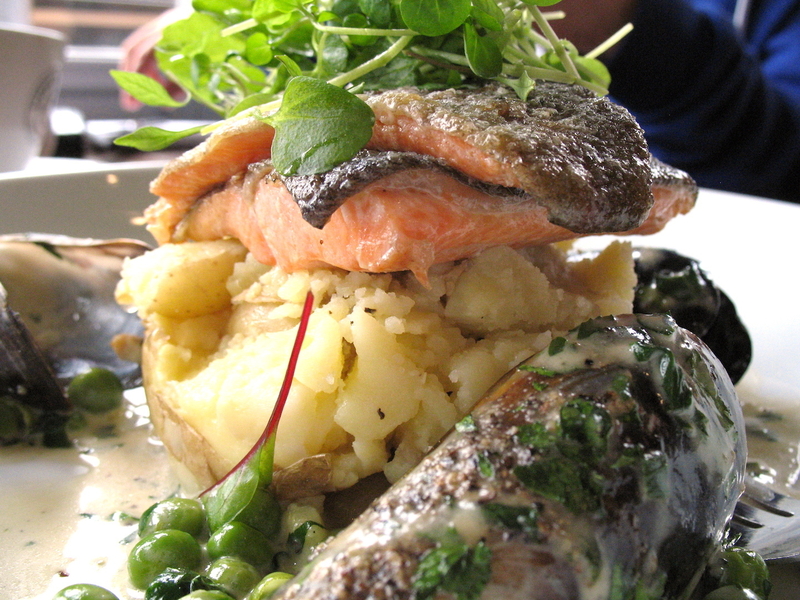 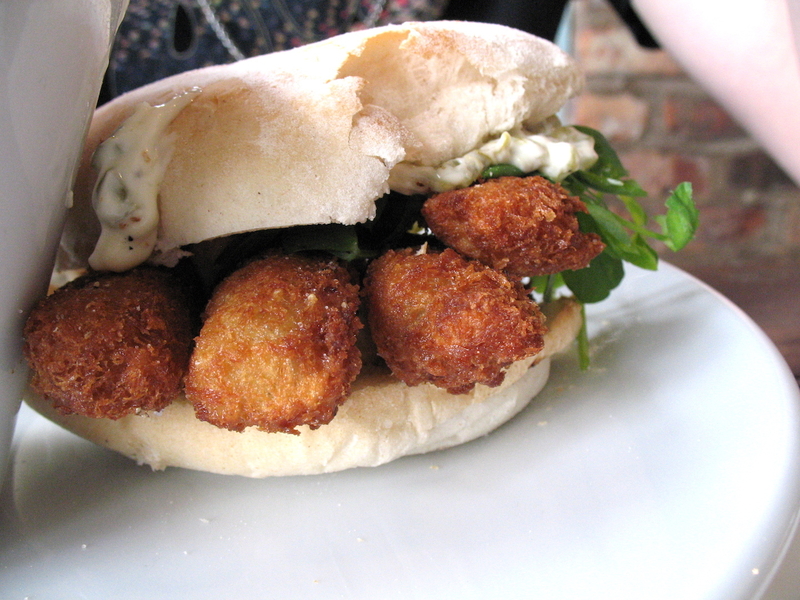 Having ordered the beef feather blade (£12) as bit of a lunchtime treat, I initially swerved the bar’s liquid delights and had a perky midday coffee instead. The large americano (£3) was sharp and a little acidic, but full of dark roasted flavours, and it was plenty strong enough even for my high tolerance. It may be a pub, but they clearly know their caffeine too.

The feather blade was served as a rotunda of beef sitting like a stepping stone in a pool of mushroomy orzo pasta with an accompanying leafy undergrowth. The meat was reasonably rich and pleasingly ready to be pulled apart, though it demanded a little too much chewing to be described as perfectly cooked. Unfortunately the pasta was as salty as seawater, delivering the kind of saline hit that makes your teeth ache and your temples throb.

Much better looking as a dish was the rainbow trout (£12). This was served on top of a generous pile of potato (a bashed-in jacket spud rather than the “crushed new potatoes” advertised on the menu) alongside some mussels, peas and more leaves. The fish was crisp of skin and delicious, though the creamy sauce was under-supplied considering the quantity of potato and, again, it was saltier than Captain Ahab’s beard.

The only main course not to carry the curse of the salt dispenser was the fish finger butty (£10), which came as a satisfying fistful of homemade-looking batons in a bun. It was dolloped in a tangy tartare sauce with more of those leaves from a bag, and the accompanying chips were fluffy and fresh. A tiny bucket of minted mushy peas completed what was a decent pub-grub dish.

A glass of Las Manitos Malbec-Shiraz (£3.50) was bursting with dark, ripe berries and pungent with an alcoholic whiff. A pint of Ilkley Brewery’s Mary Jane (£3.70) was tangy and pale, though it wasn’t the best-pulled cask beer I’ve ever had. Full to the brim, the glass was topped with a nanometre-thin Fairy Liquid head, and for a gluggable 3.5 per cent golden session ale, its refreshing qualities could have been shown off to better effect with a slightly cooler serving temperature.

Still, four cask ales of interesting provenance is an improvement on Allerton Road’s previous offering, so I was happy to sink my pint with a smile. 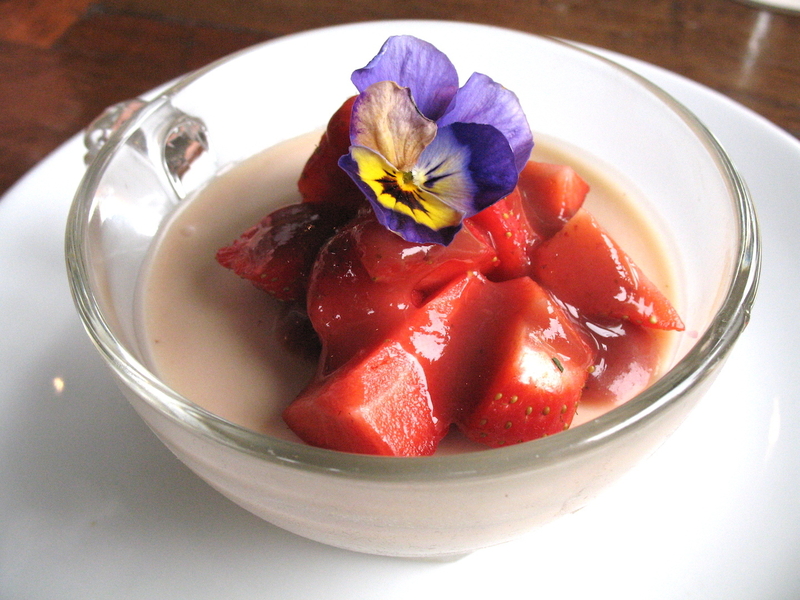 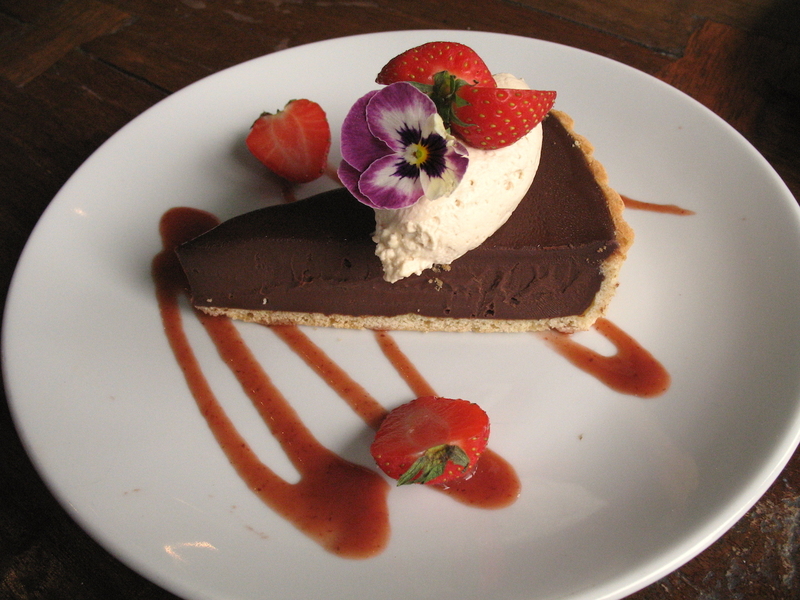 From the short dessert menu, a strawberry panna cotta (£6) served in a 1960s-style glass teacup was lovely. Firm and fruity, it belied the simplicity of its appearance and rounded things off with a delicious sweet touch. The chocolate tart with espresso cream (£6) was also good, if maybe a bit too cloying to eat a full one by yourself. Consuming the infinitely dense singularity at the heart of a black hole would be an altogether easier task.

The table service – like a restaurant, not a pub – was smiley and prompt, and it has to be said that despite a couple of so-so main courses, Three Piggies is a wonderfully welcoming space in which to while away some time. In the seven or eight months since it opened, it has maintained its initial momentum and is often impressively busy, with standing room only at the weekend.

So while neighbouring blink-and-you-miss-them restaurants blow away in the breeze as if they’re made of sticks or straw, Three Piggies gives every impression of being built of something far more solid. And as long as the good folk of Mossley Hill turn up for the odd salty meal and a few pints of more-than-decent beer, it should be enough to keep the wolf from the door. 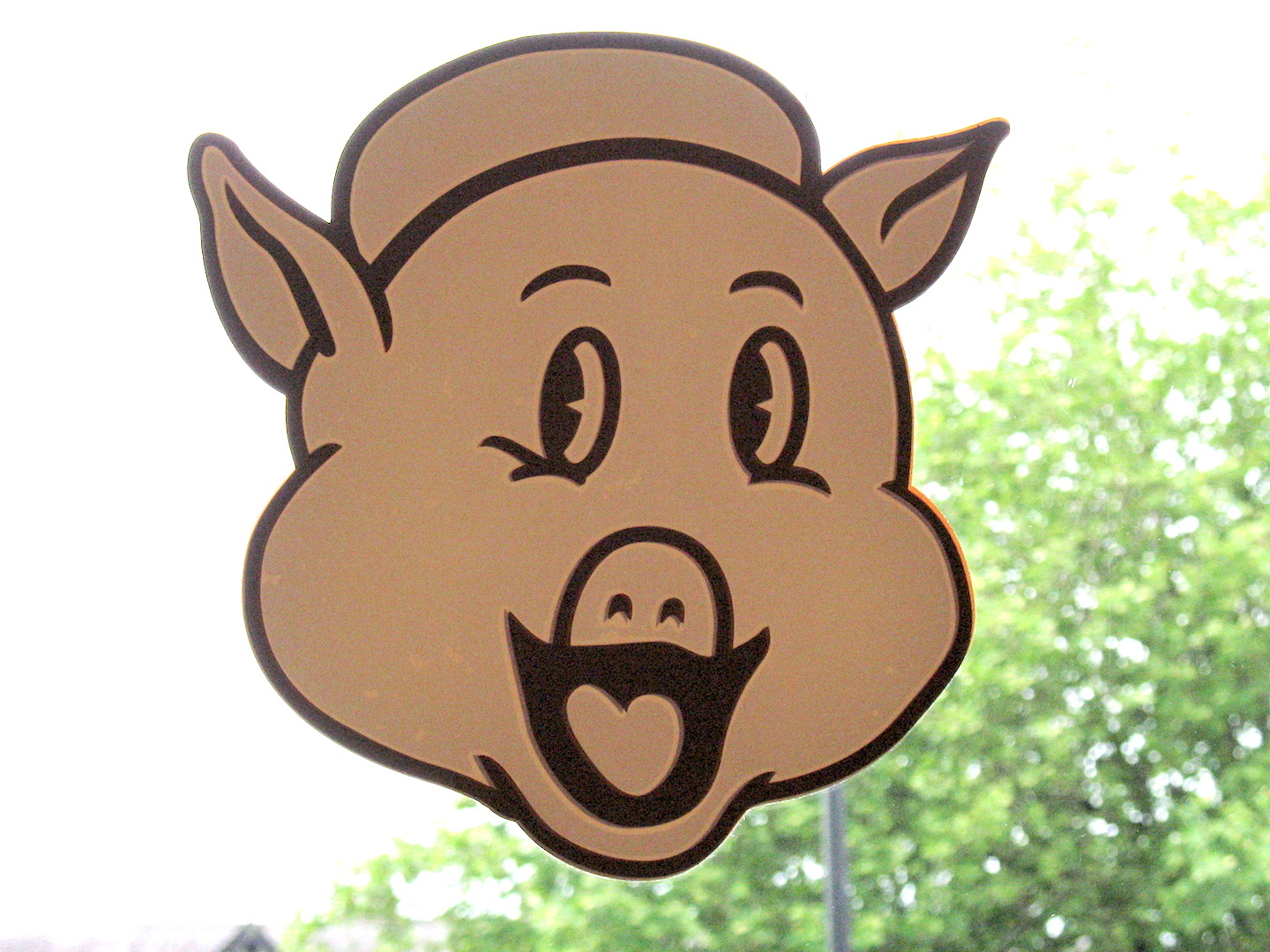